Somewhere Between Hope And Fear

September 3, 2016
There is a harmony somewhere, about half-way between hope and fear. If I can tap into that I will truly have something. (This is paraphrased from Jean Giraud, the cartoonist better known as Moebius.) 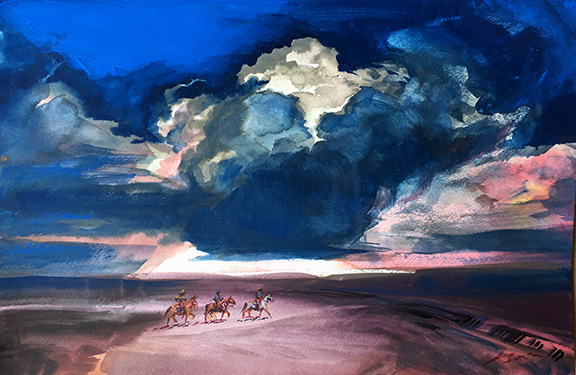 Daily Whip Out: "We Rode On Into The Land of The Chigones"

That is Jim Young narrating the search for the Apache Kid, when he, Mickey Free and Tom Horn rode deep into the Sierra Madres to the point of no return. Young tells his story late in life and if he looks a bit like Morgan Freeman, well, that is not an accident 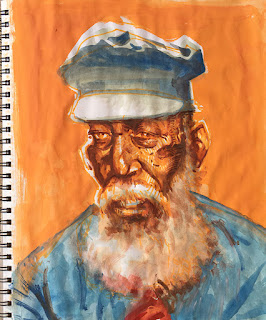 Often my Whip Out titles are simply juvenile and puerile, but I suppose that is somewhat redundant. 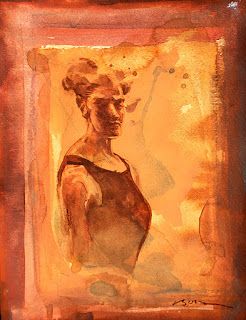 Sometimes my thoughts are profane and other times inane, but a title always comes to me when I'm painting. This includes epiphanies as well: 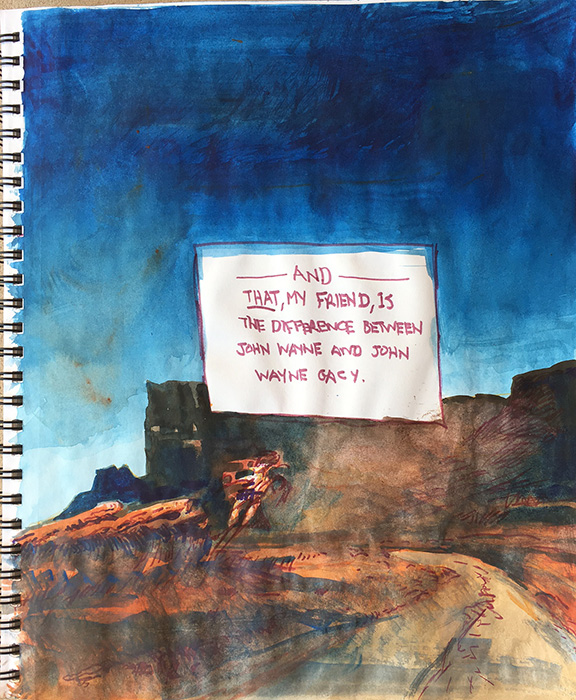 Daily Whip Out: "The Difference Between John Wayne And John Wayne Gacy"

This title also came to me out of the blue. To me painting is like fishing. It's soothing and automatic and often it allows my mind to go where it wants to go without any help from me.

"It takes courage to grow up and become who you really are."
—E.E. Cummings