Climbing Trees and The Funtastic Playtorium in Seattle

September 17, 2016
A full time gig following this little guy around: Up a tree with Weston and BBB.

Took the boy to a nearby mall where he could play at some concoction called the Funtastic Playtorium. At the end of playing we ate chicken nuggets at Red Robin and then afterwards as we were waiting for grandma he parked himself on the floor so people would have to walk around him. Somehow, I admired the audacity. When groups would walk around him, he would scoot closer to the middle to make it more difficult. I know what you're thinking: this is terrible behavior for a grandfather to allow. But, you must remember, I am his grandfather and my job is to make him laugh and admire his tenacity. Beyond that, not my job. And besides, don't worry, his parents and society will train all of this out of him in due time. 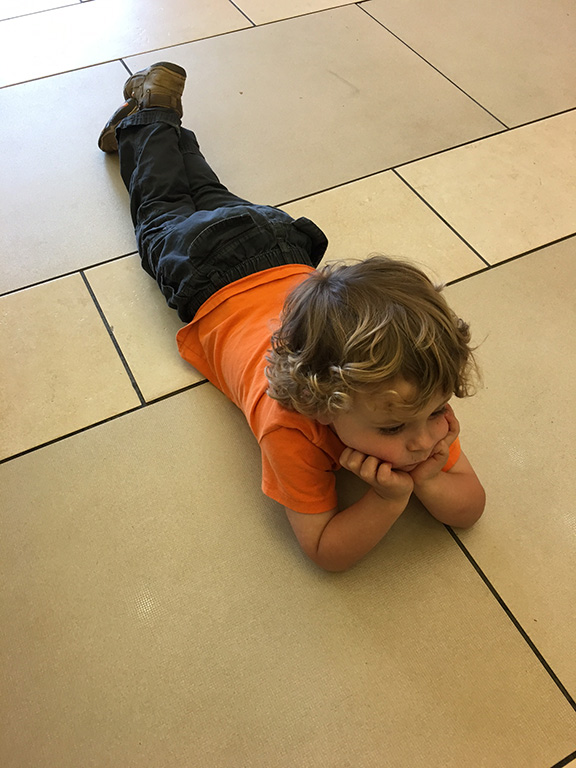 Got home and hit the trail on his bike. And when we're out on the Blueberry Trail it's easy to get distracted by stuff: 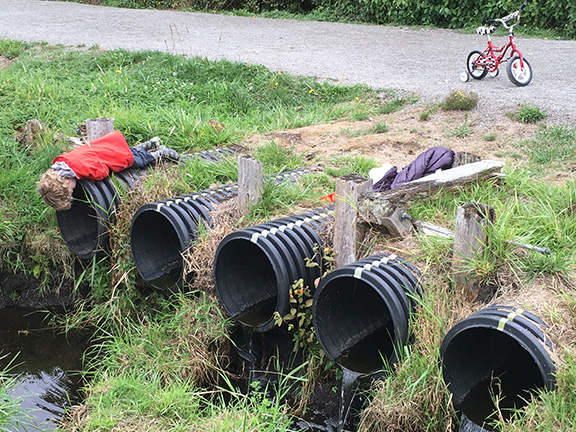 When little boys get distracted by culverts.

"Hello?" said the little boy yelling in the culvert and expecting someone to reply. Eventually, his grandmother did just that, by crawling to the other end of the culvert and answering, "Hello, Weston!". We all laughed and laughed. He could do this all day long. But at the end of the day, it's all about the story. 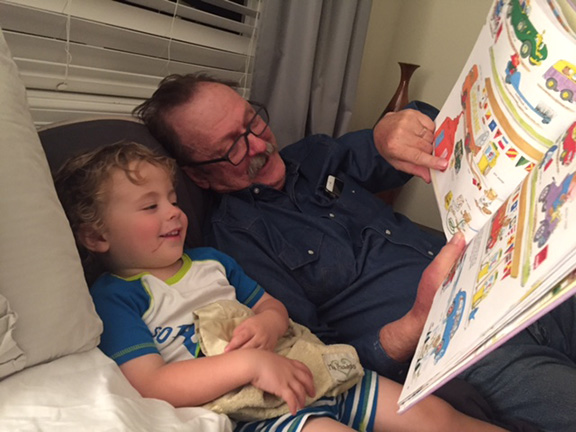 Weston says he loves it when I read his favorite books because he says he likes the sounds I make. Couldn't be prouder if I was nominated for a Pulitzer Prize. It's the small things.