September 29, 2016
When my son Thomas Charles was about ten he came under the spell of the Apache chief Mangas Coloradas (Spanish for Red Sleeves). For some reason, Tommy just thought he was the coolest and wanted to know all about him. This morning I was noodling some wet into wet ideas and there he was. 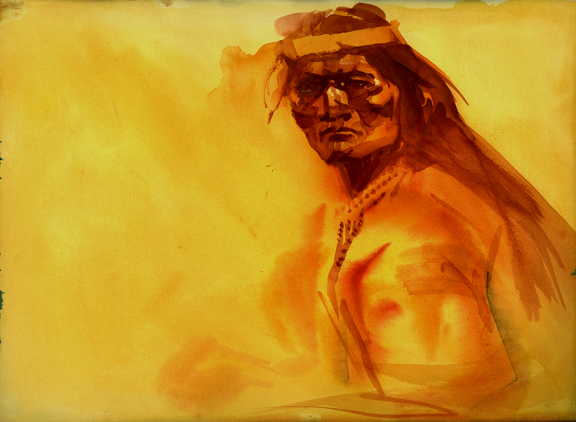 We've had some crazy clouds the last week or so. Here's a scene of a storm I witnessed on a trip to New Mexico several years ago. As I was motoring eastward, just around the corner from Magdalena, I soon dropped down into the slot canyon that drains into the town of Socorro,  and it was there I witnessed a fast moving storm that went right over my truck like a freight train. It was so magnificent, I had to pull over and get out and watch it. I imagine some of the passing locals muttered, "Oh, look Honey, another damn Zonie looking skyward and drooling." But, I didn't care. 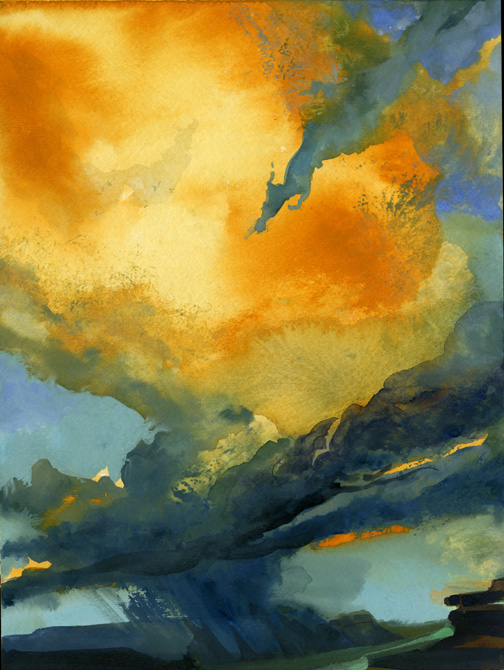 Speaking of memorable clouds, got a link from a friend, Mort Mortensen, to some pretty spectacular photographs of West Texas. The music is strong, as well. If this doesn't make you proud to be a Westerner, nothing will.

"[Peter Berg's] movies are full of sentiment and akin to Westerns, a noble but defunct form in which life is a parable enacted on a burning plain."
—Rich Cohen, writing about Peter Berg's films in Esquire magazine