The Summer I Got The Bummer

September 5, 2016
Have you ever lusted after something that was just beyond your reach for over half a century? Yes, I too lusted for Annette Funicello for at least that long, but now she's gone and that specific goal is off the table. Daily Whip Out: "Annette Funicello Is Gone But Not Forgotten"

In addition to Annette, I have always lusted after one of those cool looking Civil War caps, but not those goofy, plastic-pre-fab ones like they used to sell in curio shops along Route 66 and at Disneyland. No, I wanted the real deal, the one where the top shield cascades down over the brim, you know, like this: 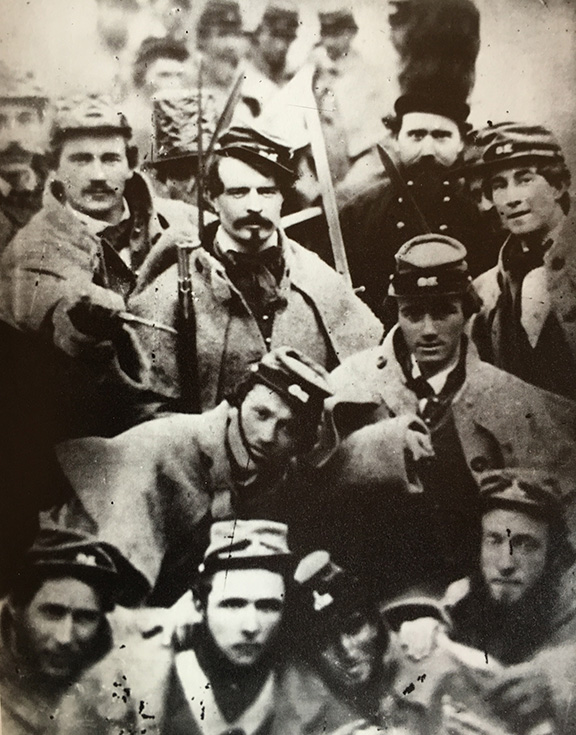 I mentioned all this to my friend John Langellier and he got one especially made for me by "Dirty Billys" in Gettysburg, PA. So, exactly what is a bummer, or a kepi? Here, I'll let John tell you:

The Summer I Got The Bummer
Inspired by the French Army, which was considered tops in the antebellum era, in 1858 the United States Army adopted a forage cap based in general on the kepi, although this term wasn't used in the US. By 1861 it became the Union Army's standard and according to regulations for enlisted men was to bear only a stamped brass company letter on the front. This order was ignored as much as it was followed and some of the commercially made caps had such tall crowns that they flopped over covering where the letter was to appear causing martinets to decry this disregard for displacing the company letter that would not be visible on such models. "Dirty Billy's' headquartered in Gettysburg, PA hand made this example of that exaggerated pattern. Paul Loane and I wrote a book for Schiffer Military History called U.S. Army Headgear 1812-1872 and from pp. 61 through 148 periodically depict and discuss the "bummer's cap" as it was nicknamed by someYankees during the  War of the Rebellion. So wear your crown in glory Oh King of the Cowboys."
—John Langellier

So if you want your own Bummer Cap, here's the link to get one:

"Although Civil War period headgear is his biggest seller, he can reproduce hats ranging from the 1600s through to the Modern era. Dirty Billy has made hats for actors including Sam Elliot and Martin Sheen in Gettysburg, Patrick Swayze in North and South, and Tom Berenger in the Rough Riders. Other movies include Tombstone, Son of the Morning Star, and Gods and Generals."
—Dirty Billy's website