Is There Such A Thing As A Historically Accurate Western?

September 7, 2016
One of the curses of caring about historical accuracy in Westerns is it invariably ruins watching them—especially for anyone who has to watch one with me. I'm the guy who stands up in the multiplex and yells at the screen, "They didn't have saddles like that in 1876!" And, "That vest is so historically wrong!" 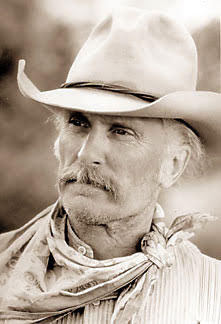 
I don't want to frighten you, but I'm not alone. One of my friends, who I won't throw under the bus, but I will say his name rhymes with Rusty York, thinks we should go back and digitally recut all the old Westerns from the 1930s, 40s, 50s and 60s and, utilizing modern CG (computer graphics), put in the historically correct hats on everybody in all the films. The mere idea of doing this proves Dave Barry's astute observation that "there is a fine line between a hobby and mental illness."

Is There Such A Thing As A Historically Accurate Western?
Of course not. Every movie is a recreation of events that no one can agree on (and that's just the eyewitnesses). But this impossibility just isn't our curse. I once met a lawyer who cannot watch Perry Mason. "You could never do cross [examination] that way. Totally unbelievable." The other liability is no matter how great, or award-winning the movie becomes, there is going to be an expert, or a person who lived through the actual historical event being portrayed, who hates the film. I personally loved the realism of D-Day in "Saving Private Ryan." but I have a hunch if you asked a D-Day vet what he thought about "Saving Private Ryan," he would say, "The cuffs on the pants are wrong."

As they say, the devil is in the nitpicking. 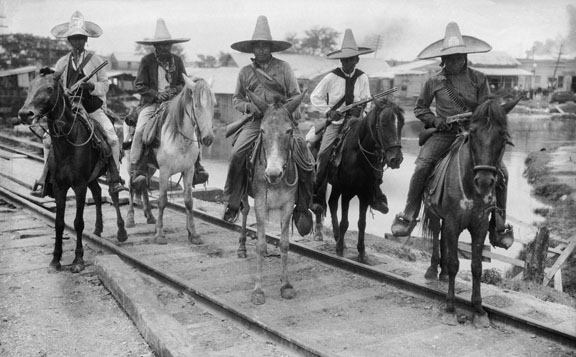 
Imagine if someone in a Western outfitted a group of bandidos and one of the saddles only had one tapadero? I have a hunch it would never be tolerated by the director, wardrobe or the wranglers, and yet, there it is, plain as day in an authentic photograph from the Old West. I can even envision an entire side plot about The Bandido With Only One Tapadero.

But, that said, in some cases, there are moments in a few Westerns that defy gravity, they are so accurate. Take for example, the scene in Lonesome Dove where Augustus McCrae (Robert Duvall) is bucked off his horse. Turns out this is one of those happy accidents (not for Duvall, but for us) where Duvall was on a rank cow horse in a remote location when the half-broke cayuse bucked and knocked the beloved actor on his butt. That the editors and ultimately the producers left this in the final cut is remarkable—and remarkably accurate—and one of the reasons I seriously considered the series for my top ten list. More on that later. 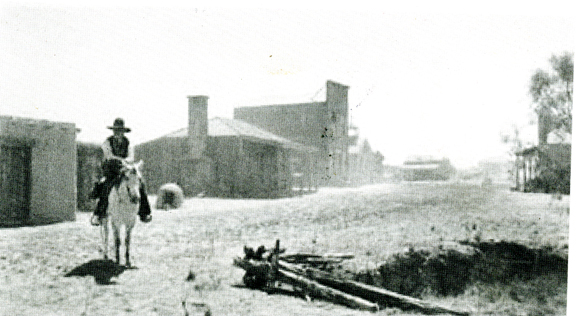 
And while we're on Lonesome Dove, another exceptionally accurate aspect of that series is the fact that Tommy Lee Jones brought his personal polo ponies to ride in the production. Unlike most Westerns where the actors ride big quarter-horses, the cowboys of the post Civil War period mostly rode small cow ponies, just like the one Tommy is astride, in the above photo. I also really liked how he rode in to almost every scene at full blast and dismounted on the run. That was so dead on. High marks for that element of the beloved show.

Tomorrow, we will discuss at length the "history" of a very famous Western scene that involves Clint Eastwood, flies and a suicide. Oh, and a late train.

"I think that what we do in our society, the best of us as storytellers, present an alternative to the story the bosses are telling.”
—David Milch, reflecting on the George Hearst character in "Deadwood"