September 27, 2016
After my marathon sessions to get a credible Romaine Lowdermilk CD cover painting, I needed to air out my brain with a palette cleanser. So this morning, I emulated a Max Papart cubist piece and tried to give it a Triple B spin. 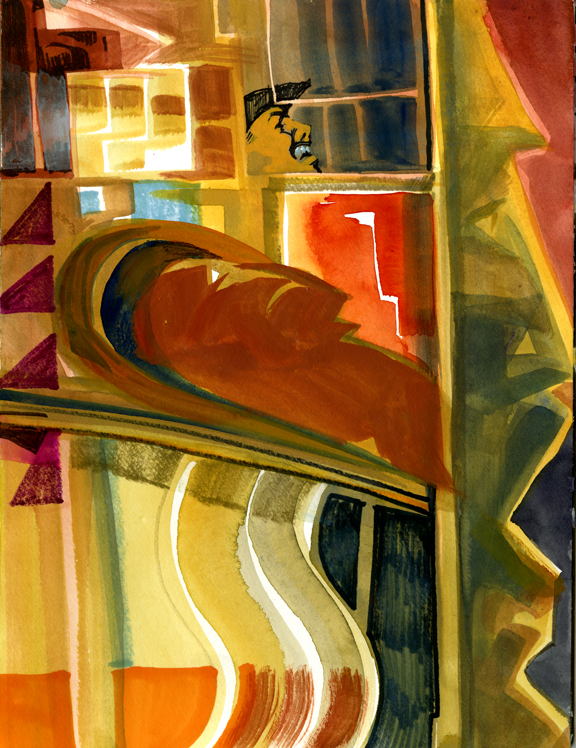 It was a year ago we were on the trail of van Gogh in the south of France. Great trip, very inspiring for an artist. I was especially impressed with his work ethic. He got up before dawn and hiked out to various locations to paint, arriving home after dark. 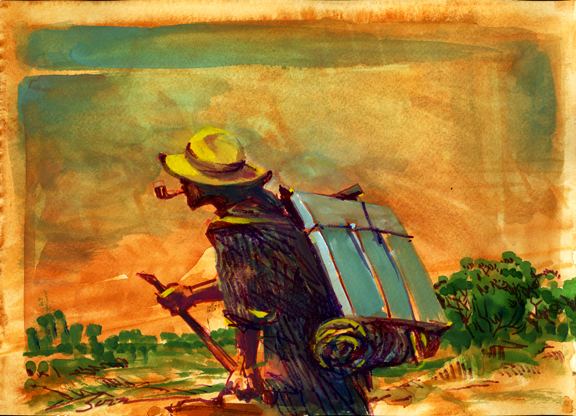 Daily Whip Out: "Van Gogh Hiking Out to Paint"

It was also on this trip I saw where the pistol that killed van Gogh was buried, on the east end of Auvers Sur Oise, which is about 20 miles north of Paris. Thanks to a tour guide I got to see a photograph of the rusted out pistol that was discovered in the 1950s. I drew this from an iPhone image I took of it: 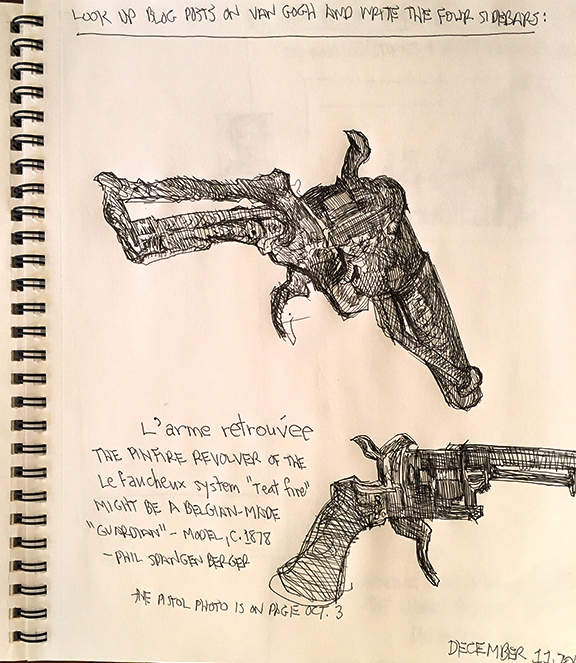 Daily Whip Out: "The Buried Pistol That Killed Van Gogh"

Someone sent me an annual event in Holland that I would love to see. Check this out: