Doc & Wyatt: The Deadliest of Friends

January 26, 2017
Once again, we're hot on the trail of the real Doc Holliday. Yes, I've been down this trail before and yet, the spirit of this crazy, alcoholic Lunger, gets me every time. As his good friend, Wyatt Earp put it, Doc was a "long, lean, and ash-blond and the quickest man with a six-shooter I ever knew." 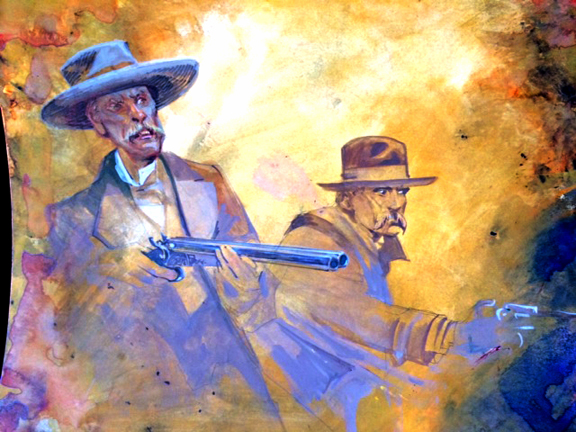 Daily Whip Out: "The Deadliest of Friends"

This Daily Whip Out led to a cover idea: 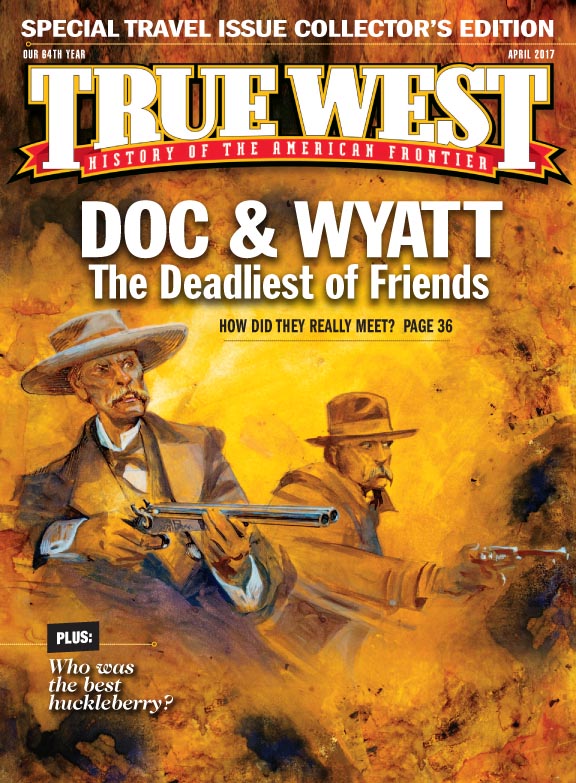 But then the talented and astute author, Mary Doria Russell ("Epitaph") turned in a masterful, thought-provoking, take on what the real Doc Holliday means to her and, in her estimation, who exactly has captured him on film the best. That feature led us to this cover idea: 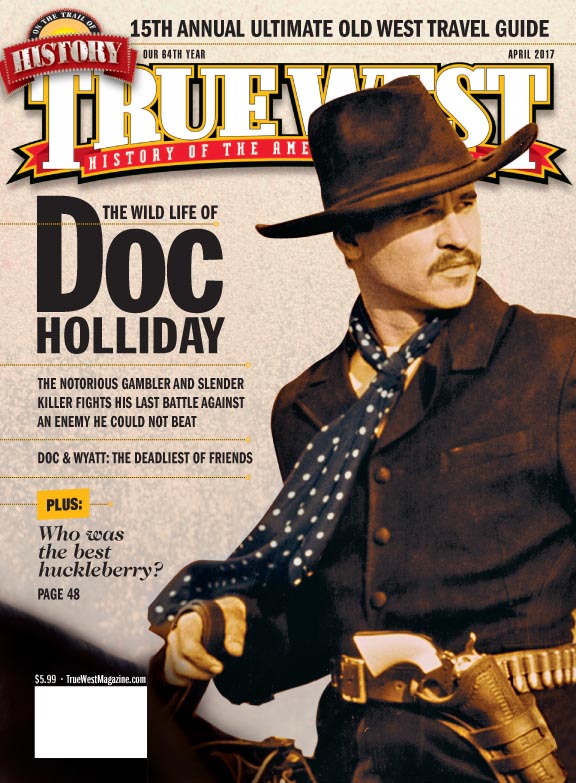 Dan's second cover based on Mary Doria Russell's take on "the best huckleberry."

This led to an intense argument with me and my staff. First and foremost we are a history magazine and we must emphasize our separation between the "real" West and the "reel" West. Or, as our publisher put it recently, "Don't stink up the magazine with movie stars on the cover."

I mulled the idea of doing a split run on the covers: with the newsstand getting the Val cover and our subscribers getting the "Deadliest of Friends" cover, but then Greg Carroll weighed in and claimed the two covers would be a "nightmare" for him, as he had promised certain advertisers that Val would be the cover.

So, last night I had dinner down in Scottsdale with a group of Western afficionados, including author Jeff Guinn ("The Last Gunfight") at left;  historian Tom Gaumer, second from left; collector Kevin Mulkins, second from right; historian and renaissance man Garth Gould and historian Bob Palmquist. All five looked at the two covers and immediately pointed to their unanimous choice: 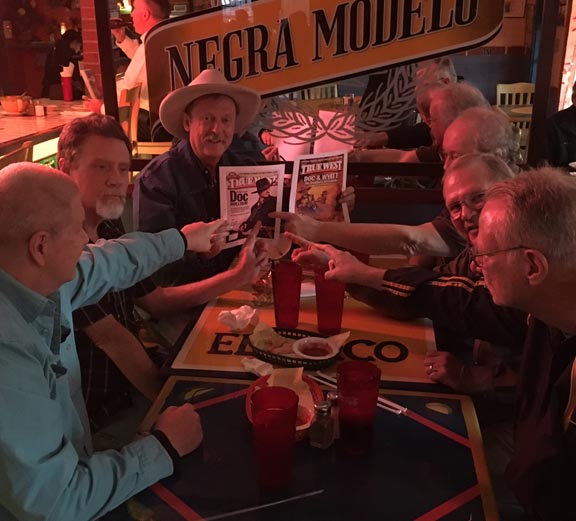 The verdict is Val.

So what else can you expect in this issue? Here's a sneak peek: 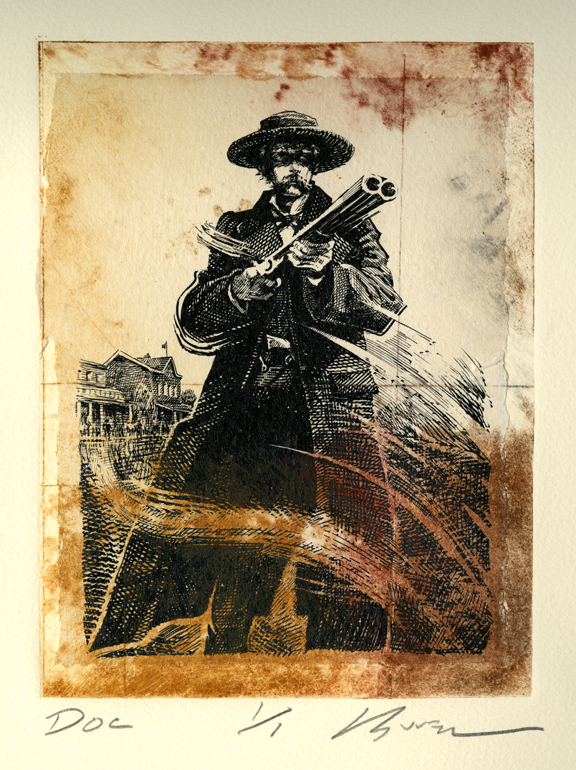 Daily Whip Out: "The Doctor Will See You Now"

Perhaps, a glimpse of some of the stranger episodes in Doc's life:

Nice to Meet You, Hope to Kill You Soon. 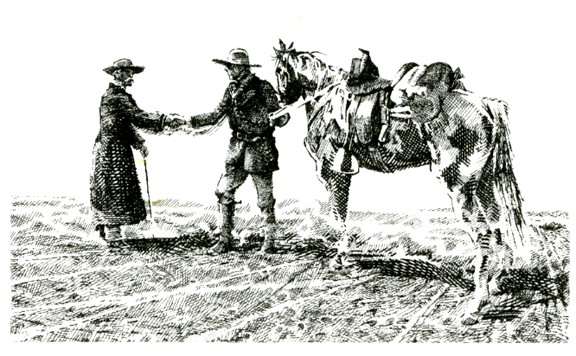 The fact that Wyatt and Doc did some jail time in the Tombstone jail during the Spicer hearing: Daily Whip Out: "Doc Behind Bars" 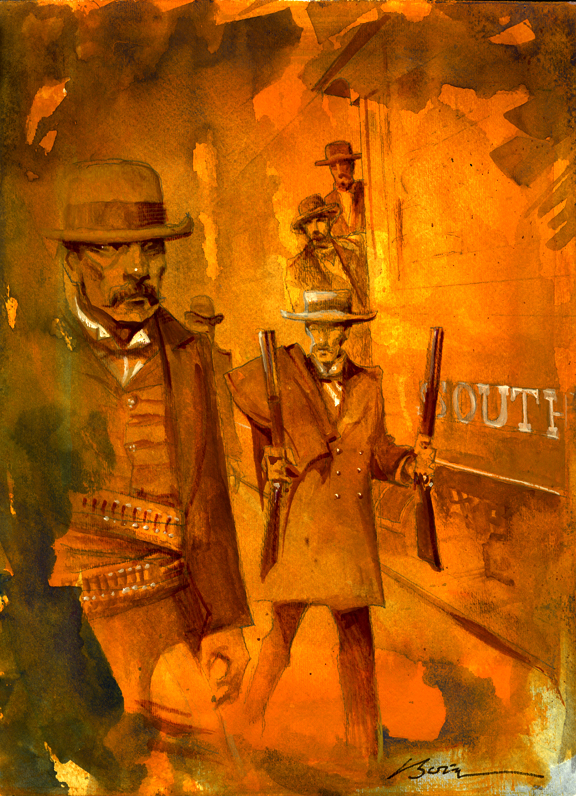 Daily Whip Out: "Doc Carries The Vendetta Posse's Arsenal Off The Train In Tucson" 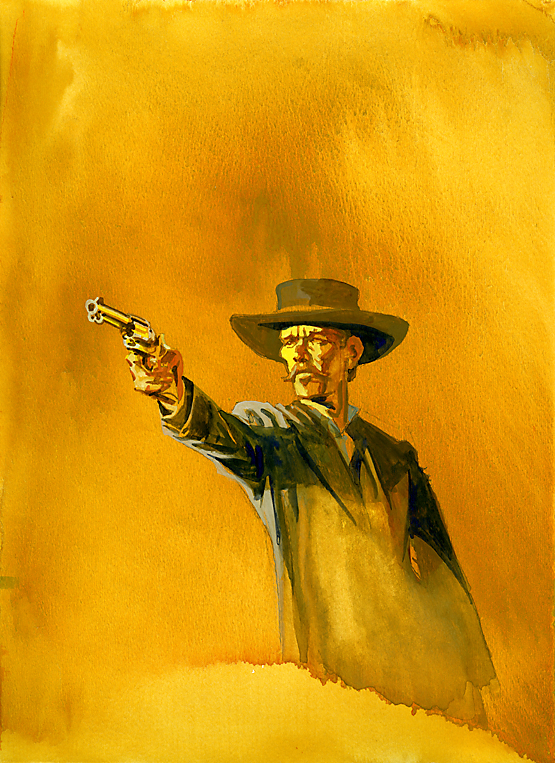 And, a couple other odd angles as well: 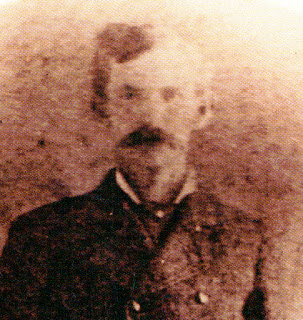 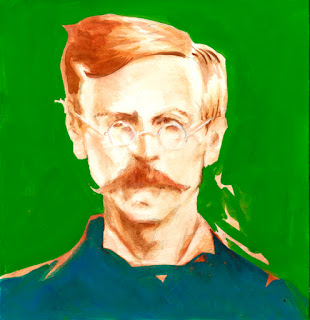 Daily Whip Out: "Doc In Glasses?"

"Such then, was the beginning of my acquaintance with Doc Holliday, the mad merry scamp with heart of gold and nerves of steel; who, in the dark years that followed stood at my elbow in many a battle to the death."
—Wyatt Earp