The Sun Comes Out for Jim Young 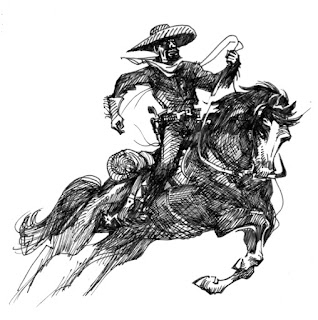 It rained all the way to Tucson yesterday.and I worried that our unveiling was going to be spoiled. It still looked like rain this morning, and it was overcast with tattered clouds hanging low on the Catalinas. 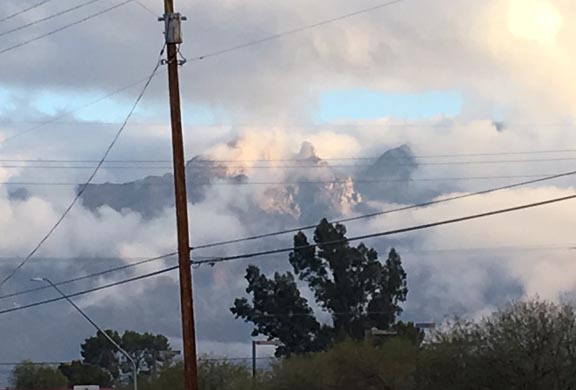 Catalina clouds at eight this morning.

After breakfast, John Langellier and I drove over to Holy Hope Cemetery and found the grave.  No one else was there. It was located in a very large field of mostly flat to the ground tombstones. We live in an age where the lawn mower has precedence. Even though we were confined by the flat surface, we wanted Jim to have a dignified headstone, something that perhaps he would like.

Got this shot of a very proud John Langellier standing over the new headstone: 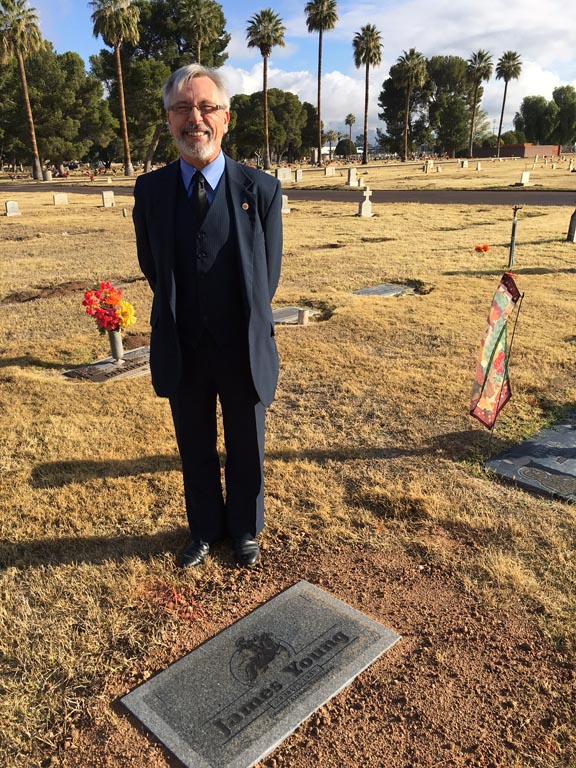 It was designed by Dan The Man Harshberger. At ten o'clock sharp the color guard showed up and, almost magically, the clouds parted and the sun shown down on our man. 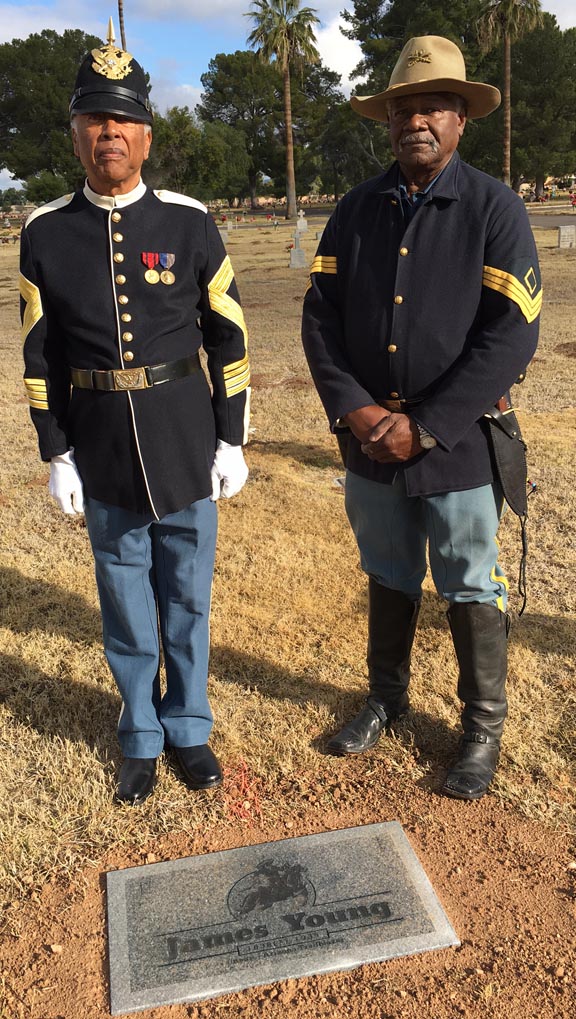 
An unsung Arizona pioneer finally got his day in the sun. Thanks to John Langellier, who found James Young's unmarked grave, and worked tirelessly to convince all of us at True West to help produce a marker for the one-time Texas John Slaughter cowboy. We gathered at his grave to honor his memory. It was a touching tribute and we were all glad to have been there. 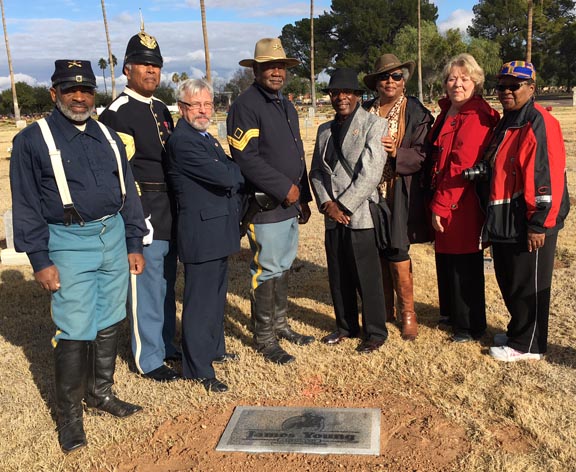 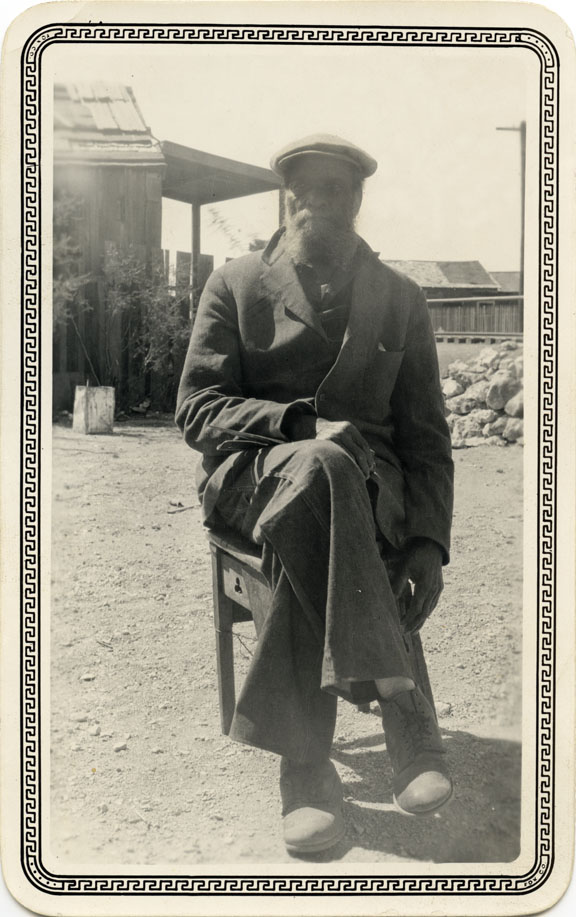 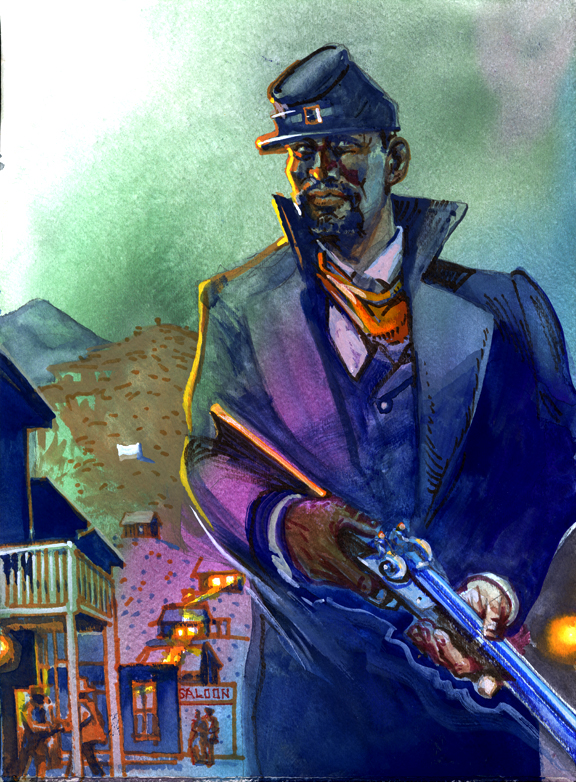 James Young accompanied his boss "Texas" John Slaughter every Wednesday night to his poker games in Bisbee, Arizona. Young stood outside with a shotgun, to ensure nobody got frisky about the pot. Nobody ever did.

"I've got to tell the story before it's time to go."
—Neil Young