Oof! How to Be A Boring Jackass And Other Non-Sequiturs

January 30, 2017
Some observations on comics and narrative art, gleamed from a weekend of studying and reading about both: 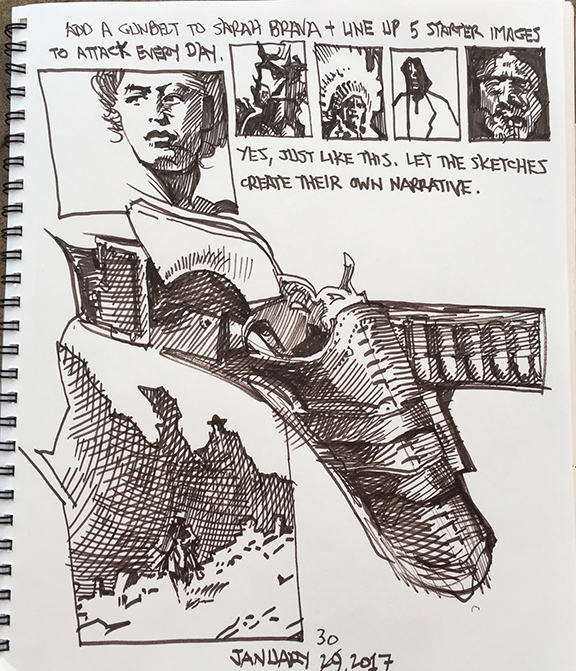 Sometimes I draw random, disparate images on the same page with no goal in mind. But then, if I'm paying attention, I notice they start to create a narrative all on their own. Not sure what this is exactly, but it seems almost like magic when it happens. I've read somewhere that standup comics will take two random words out of a dictionary and then attempt to put them together in a non-sequitur kind of way. It probably has something to do with the fact that everything in our world is connected.

Or, I could be fooling myself.

Speaking of mules and fools, guess who is going to be the grand marshal at the 2017 Bishop Mule Days in May? Hint: some jackass from Kingman. 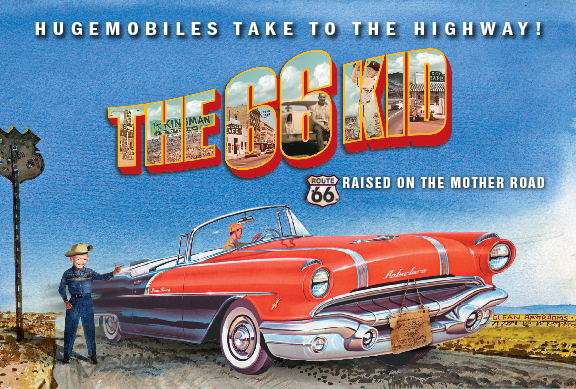 Yes, the 66 Kid is going to ride a mule at the front of the Bishop Mule Days parade.

Oof! Bam! And Zap!
Ed Ruscha tells why one of the words he chose [to produce in one of his word paintings] was “Oof”: “ ‘It had one foot in the world of cartooning,’ he explained, speaking slowly and lingering over a word now and then, as though to savor its quiddity. ‘You get punched in the stomach, and that’s “Oof.” It was so obvious, and so much a part of my growing up in the U.S.A. I felt like it was almost a patriotic word.’ ”
—The New Yorker 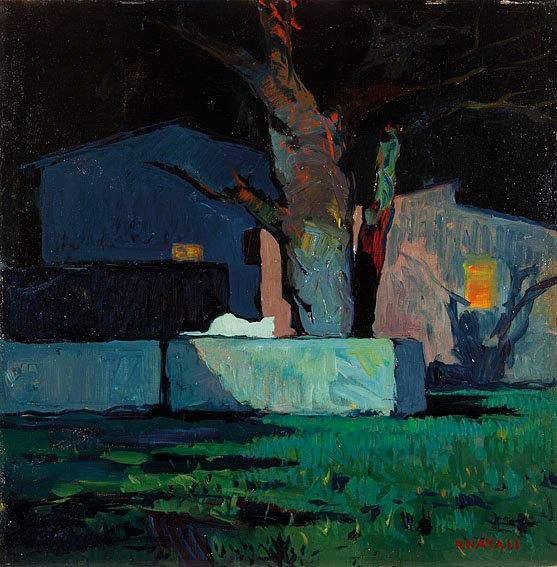 “I have found that if you put silver underneath blue, the blue sits back, like night, or glows like moonlight."—Chris Ofili

Conundrums And Things That Don't Follow
Another thing I have learned is that if you start out in one direction on a drawing or painting, and work very fast, at some point, if you reverse directions and try to accomplish the opposite, it creates something really dynamic. For example, one time when I was on a tight deadline at New Times Weekly, I was drawing an Apartheid figure standing in front of a barbwire fence. My plan was to simply fill in the entire figure and make it all black, but as I was quickly trying to do this, I noticed there were some wonderful highlights in the face—unplanned—and I stopped and marveled at how loose and dynamic it was. If I had started out trying to achieve this, it wouldn't have worked.

Here's another example of the same phenom, also from The New Yorker:

“When I leave the studio at night, I take a photo of the picture I’m working on,” Ofili continued. “This morning when I woke up, I looked at the photo and thought, I’ll change his shirt.” The barman’s shirt had originally been white, but Ofili had painted it black, to make the figure recede. “It looked ghastly,” he said. “So this morning I decided to make the shirt white again, but the black was still wet, and the paint wasn’t going on the way I wanted. I started to blot it with this”—he picked up an old green T-shirt to demonstrate—“and it left this amazing texture. I got lucky. Until that moment it was all panic and despair, because I thought I was going to lose it.”

"He was just short of being a con man, but no more than anyone in the art world, or for that matter in the world of finance—which, of course, was his whole point."
—Lawrence Weschler on J.S.G. Boggs, the artist who created money and spent it but never sold it

"Art is whatever you can get away with."
—Old Gallery Owner Saying

"To be free you need to be willing to sacrifice everything, to be unafraid."
—Nicola Barker

If you've ever heard or seen Stevie Ray Vaughn play the guitar, you know what she means.

BBB's Obit Bits: One Sentence at A Time
He hated haters, but loved a non-sequitur

Or, is that a conundrum?

"The best way to be boring is to leave nothing out."—Francois Marie Arouet Voltaire