Was Jim Bowie Murdered? Or Did He Commit Suicide?

January 8, 2017
One of the most controversial aspects of the Alamo fight is what happened to the legendary Jim Bowie? He was, of course, the inventor of the most famous pig sticker in the history of the Republic, if not the world. 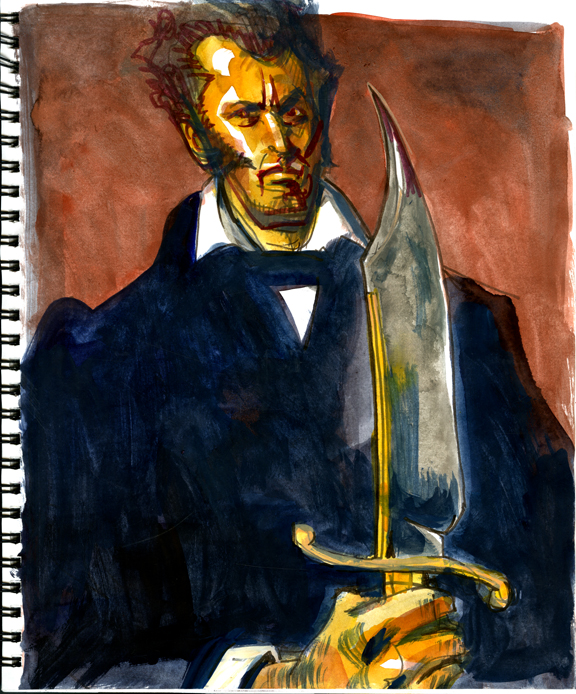 Daily Whip Out: "Jim Bowie With His Pig Sticker"

Got a little too much of Porter Wagoner in this sketch, so I wound up and whipped out another one last Friday: 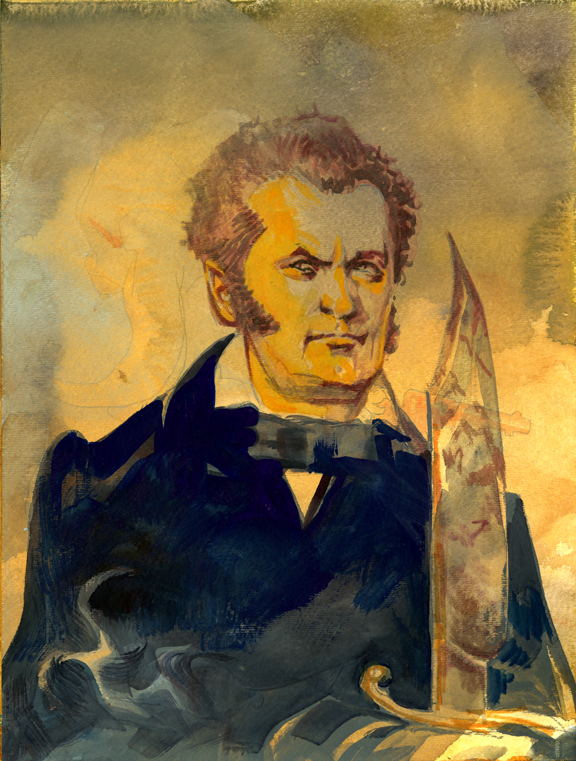 Daily Whip Out: "Jim Bowie With His Big Tennessee Toothpick, No. 1"

Better, but perhaps a little too Daniel Webster-ish? So, I did another take on Saturday: 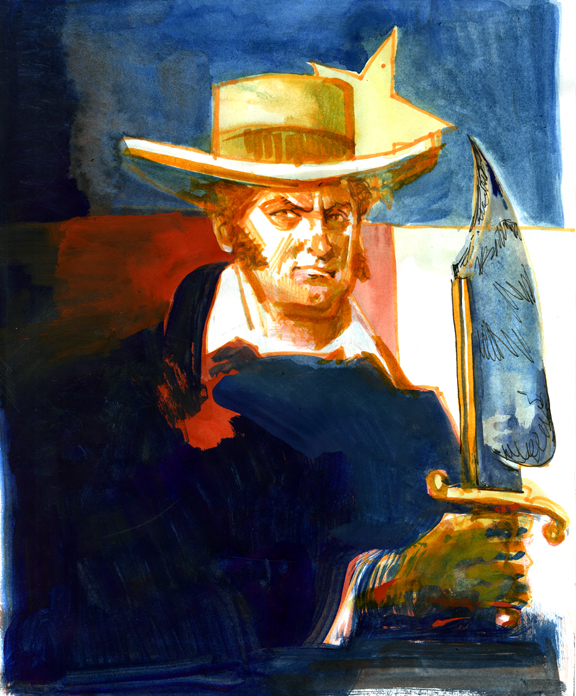 I really liked this concept, but my partner, Ken, thought I was being too cute with it, although I still have a hunch the Texas flag would grab some attention on the newsstand. Anyway, Ken wanted to see a more traditional portrait of the fighter. without all my flourishes and gimmicks. 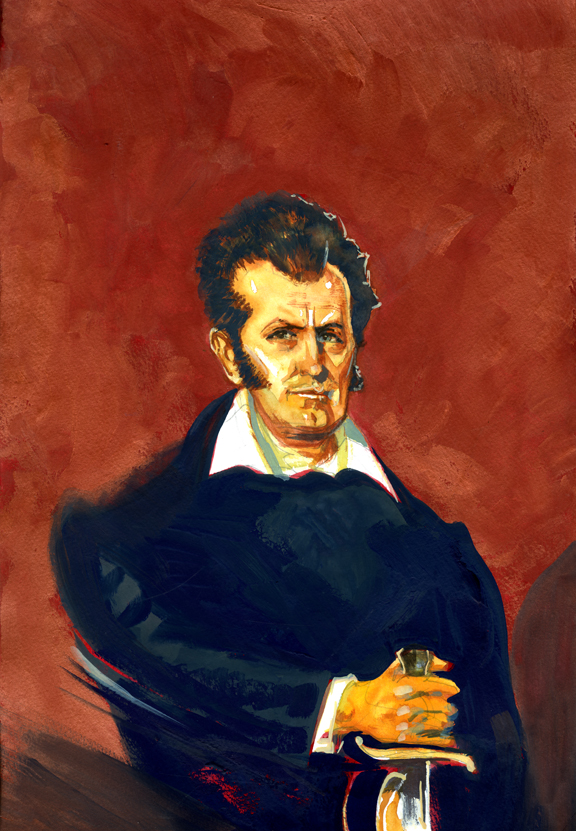 After a dozen more ideas and rough sketches I tried one with the knife a little more prominent: 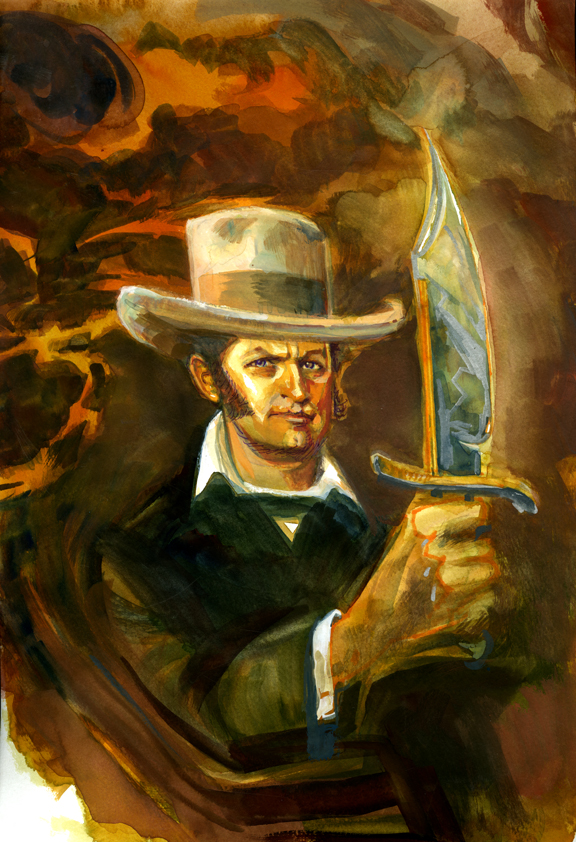 Unfortunately, I think the knife in the first sketch is the best. Dang it all to hell!

We are doing a cover story on this for the next issue of True West. The preeminent historian and Alamo expert William Groneman III takes us through the lively debate as to whether the famed Alamo defender went down as a gallant hero, fighting to the death, or should history remember him dying as a sick and feeble coward?

"Our friend Bowie, unable to get out of bed, shot himself as the soldiers approached it."
—General Sam Houston