Ominous Clouds to The South

"Everything in this world tries to be round."
—Squibe Nish

Leave it to some Walapai guy to capture the circular essence of life on this planet. When I was a boy and we studied fascism and the rise of Nazism, I viewed it as a historical event that the world learned from and moved away from, in a linear fashion, on thru the sixties and seventies towards enlightenment. Recently, it dawned on me we have merely made a large orbit, back around to the year 1939, and we are on the eve of another inevitable collision. The more things change. . .and all that.

Proof Positive
Just went for my first walk of the new year. Ominous clouds to the south. 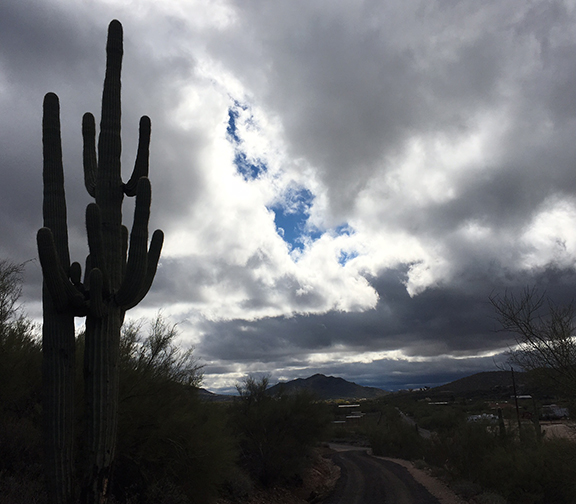 A scary face peers through the blue. Or, is that a hopeful hue?

"Be silly. Be honest. Be kind."
—Ralph Waldo Emerson

"Now is the accepted time to make your regular annual good resolutions. Next week you can begin paving hell with them as usual."—Mark Twain
Posted by Bob Boze Bell at 12:54 PM