Once Upon A Mama Mia In The West?

January 3, 2017
The great director, Elia Kazan (Zapata!, On The Waterfront), made it a habit to condense a movie script down to one sentence. That way he could understand what the story was really about and anything that didn't adhere to that one-sentence-idea was stripped away.

I decided this is a good exercise. So I took a handful of movies that popped into my head and gave them the one sentence treatment:

• McCabe & Mrs. Miller: An ambitious gambler gets in over his head.

• The Searchers: A racist loner seeks revenge but finds redemption.

• 26 Men: A handful of Arizona Rangers saddle up to solve crimes in the vast Arizona Territory.

• Hell Or High Water: A retiring Texas Ranger tries to catch two brothers who are losing the family farm to a crooked bank.

• Once Upon A Time In The West: The railroad brings woosies.

Now you may disagree with me on some of these, especially the last one, but I was merely taking my cue from Sergio Leone himself: 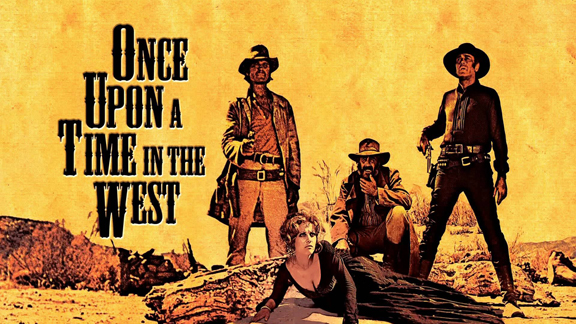 "A great nation has been born. It's been a difficult birth. But all the violence has made the greatness possible. [From there] the West has given way to the great American Matriarchy, the worship of 'mom.' America has come to be based on this, and the arrival of the railroad ushers in the beginning of a world without balls."
—Sergio Leone, explaining the ending of Once Upon A Time In The West