The Lone Wolf At Bay

January 21, 2017
When I was growing up in Kingman, my grandmother, Louise Guess—everyone called her "Guessie"—had this painting in her living room and whenever I stayed with her I used to study it intently: 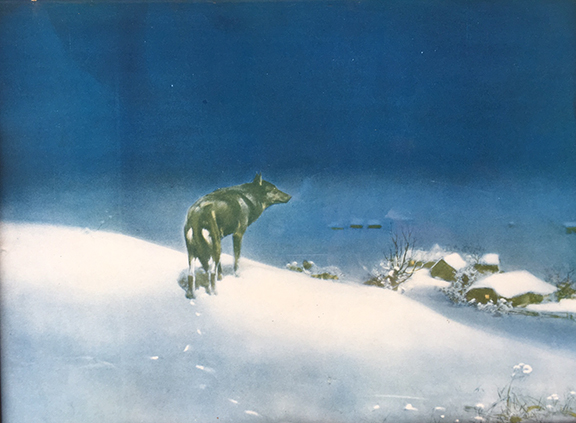 A Lone Wolf at Bay (my made up title)

I always assumed it portrayed a New Mexico scene, perhaps somewhere around Silver City (my grandparents had a ranch near Red Rock and later in the Animas Valley of New Mexico). I found out a few years ago, the painting actually portrays a rural scene in Europe and this print was widely sold. Ha. That's so crazy. Funny how we can infuse a picture with an entire back story of our own. The theme, of the lone coyote, or wolf, always being an outsider, alone in the cold, appealed to me as a kid and perhaps even more so today. 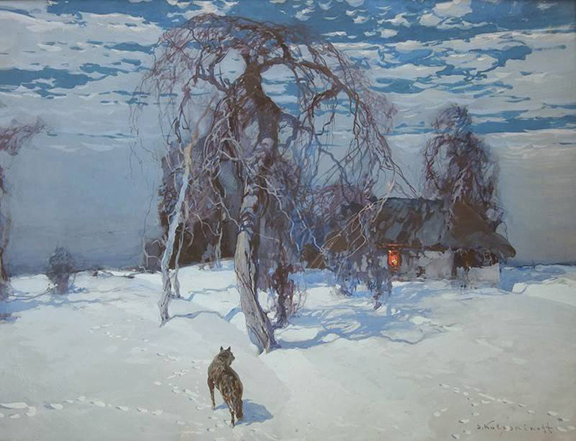 And here's one more along the lines of this theme: 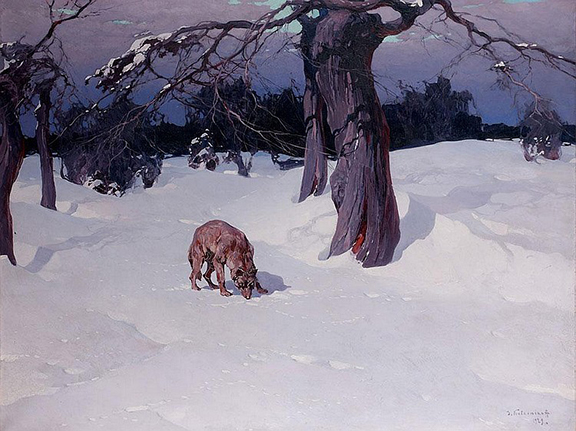