The Great Western And Amber Glow

January 19, 2017
I have found myself returning to a theme I pursued in the recent past, a fascination with amber glow. 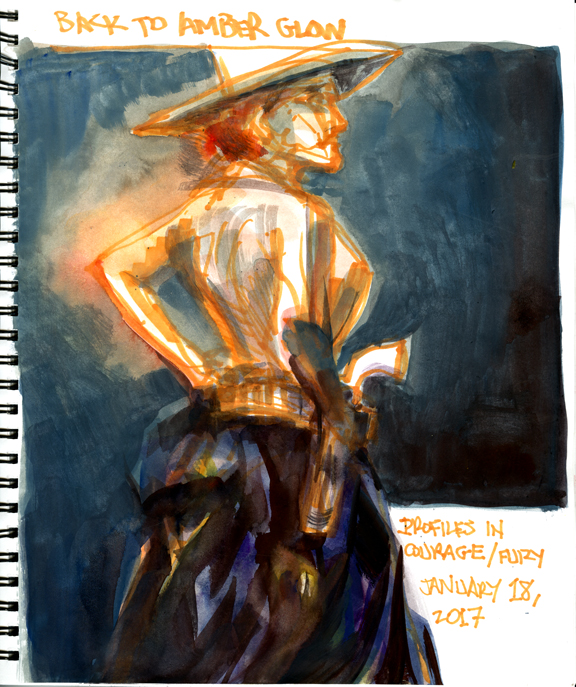 Daily Whip Out: "The Great Western: Profiles in Fury"

My fascination stems from the glow of a hearth against a cold blue. You see it in ads for mountain cabins.  Or, in the warm glow of a campfire: 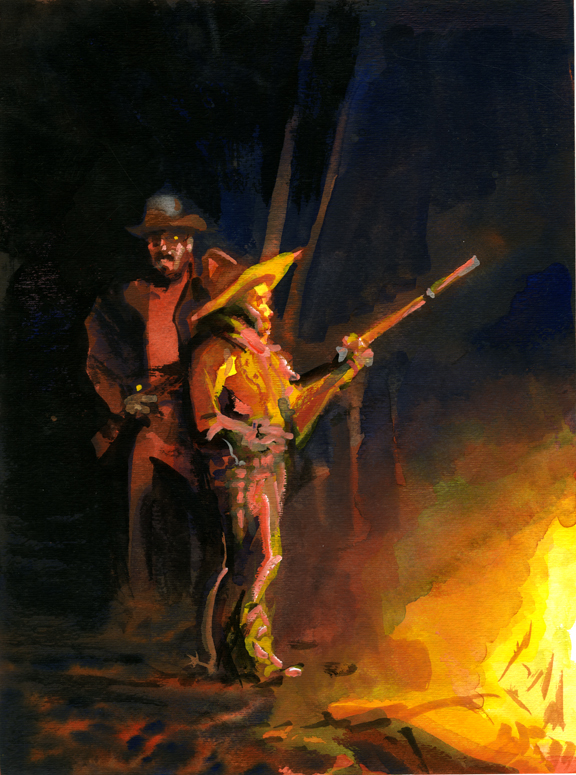 Sometimes you see it in a landscape: 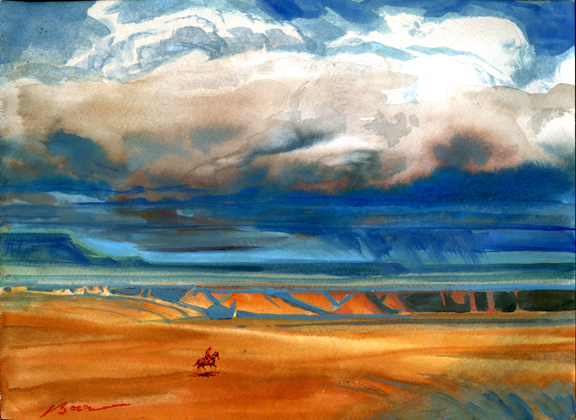 "I became a cartoonist as a sort of revenge on the world."
—George Herriman, creator of the legendary strip "Krazy Kat"