April 12, 2018
I had lunch yesterday with a fellow drummer and cartoonist, Robert Steinhilber. He now lives in Oregon with his beautiful wife Mica and once a year he returns to the Valley and we usually hook up to solve the world's problems. And, one of the problems we solved is this one: 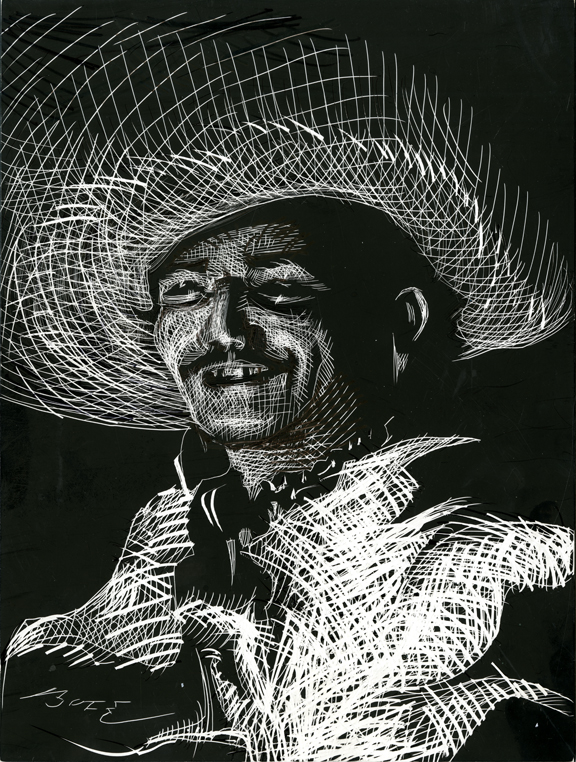 "Tequila will not buy you happiness, but it's worth a shot."
—Old Vaquero Saying

Once we got past the happiness issue, it was time to tackle world politics:


The Rise & Fall of The Roman Empire
According to Bob, this classic, four book tome, came out in 1776 and inspired the founding fathers of the American experiment. It is known that Thomas Jefferson, inspired by the Romans, began a Roman revival in the United States in the 18th century. And we do know that the check and balances created were designed to avoid the inevitable power grab that infects almost every single nation that has ever existed on the face of the earth.
And, evidently, it was Plato who came up with the concept of three branches of government to balance out and protect against a power grab:

All constitutions have three elements, concerning which the good lawgiver has to regard what is expedient for each constitution…There is (1) one element which deliberates about public affairs [“legislative” branch]; secondly (2) that concerned with the magistrates [“executive” branch]…and thirdly (3) that which has judicial power.

So, what was my contribution to this heavy conversation? Well, when it comes to black hats vs. white hats, I always choose the one with the biggest brim. 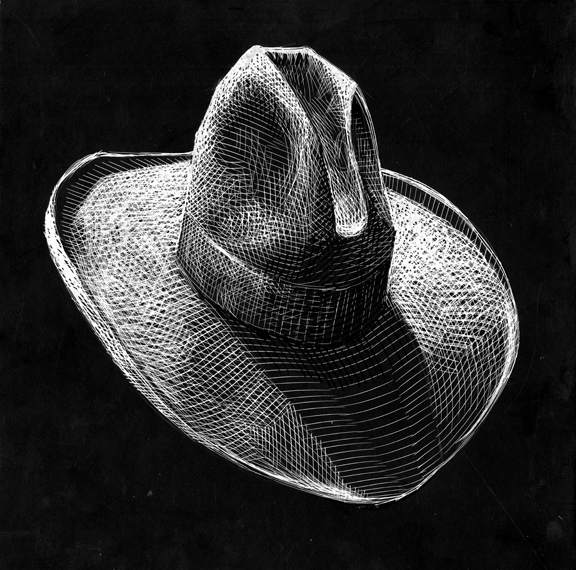 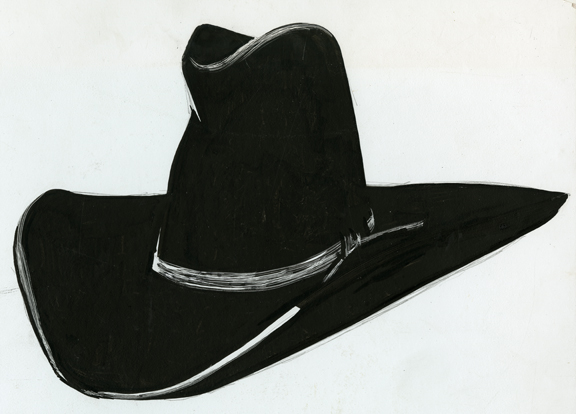 Plus, my curator, Kristi Jacobs, found some old scratchboards and, in addition to the hats, above, she found this one: 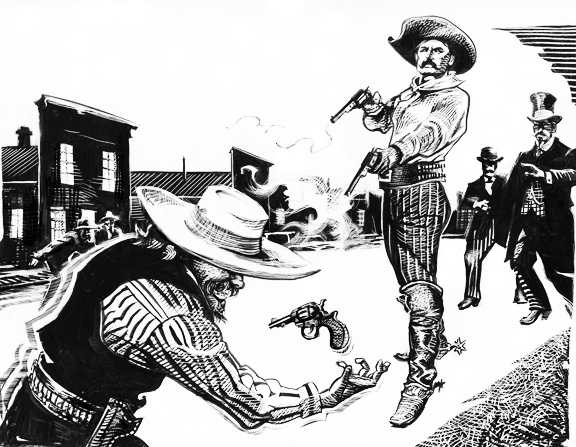 Okay, that is enough Civics for today.

"All history is only one long story of men struggling for power over their fellow men in order that they might win the joys of earth at the expense of others, and might shift the burdens of life from their own shoulders upon those of others."
—William Graham Sumner
Posted by Bob Boze Bell at 2:18 PM