April 11, 2018
Finishing up our Wild Bill issue. This morning I wanted to do a better illustration for my editorial on "Stag his nibs!" and did this one, utilizing a photograph of Hickok and Tom Selleck. Unfortunately, I ended up with more Selleck than Wild Bill: 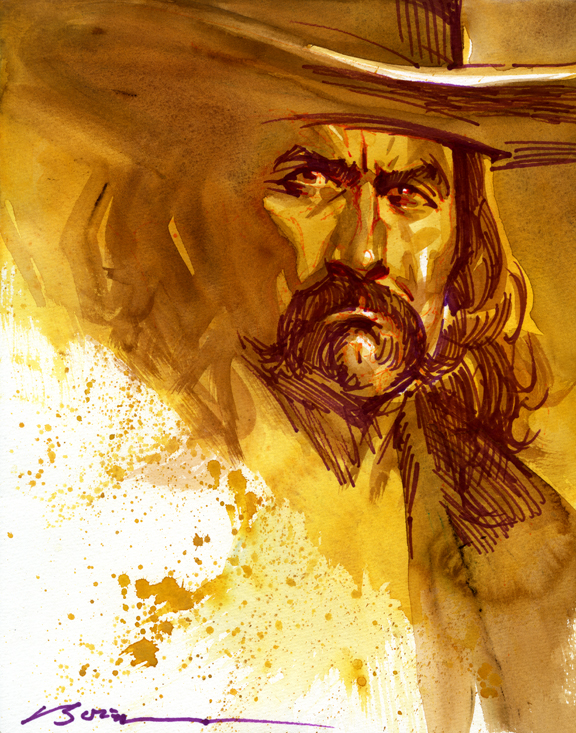 So, I went home for lunch and took another stab at it: 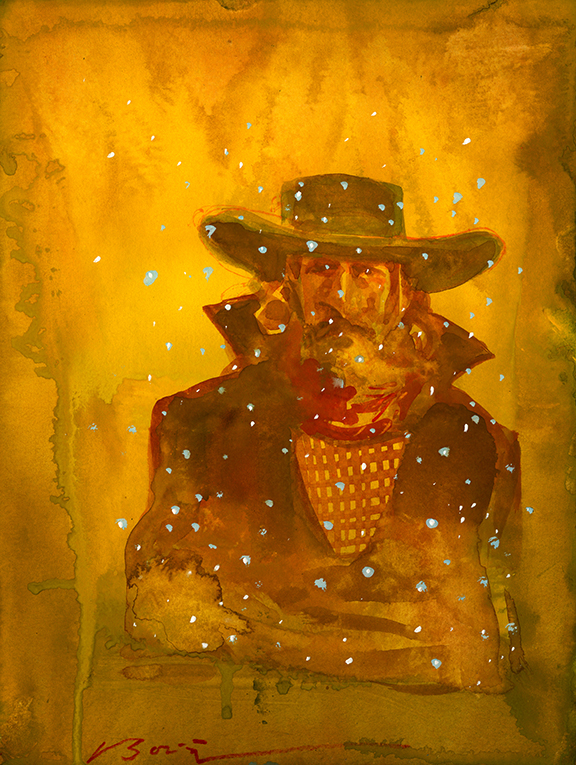 Here's the genesis of the scene: Wild Bill was quitting show biz. He hated it. Then this happened:

March 14, 1874
A Rochester Democrat and Chronicle reporter spots Wild Bill "passing down State Street" after Buffalo Bill and Texas Jack have departed for Lockport. In the blowing snow, Wild Bill greets the scribe with a firm handshake ("an iron vice from which we were glad to be released.") While the reporter walks with Hickok, an "impudent youngster" newsboy recognizes the famous Westerner and cries out, "Oh! Stag his nibs wid the long hair!"

This weird slang eluded me for the last forty years, until I finally got it translated for me. It is one of the most satisfying finds of my long and humble career.

Meanwhile, all this research has led me back to a film I had kind of dismissed. Found a review in the garage when I was cleaning a couple weeks ago:

December 1, 1995
"Walter Hill's 'Wild Bill' isn't so much a screen biography of the Old West's most legendary gunfighter, James Butler 'Wild Bill' Hickok, as a multilayered meditation on how fact evolves into myth." 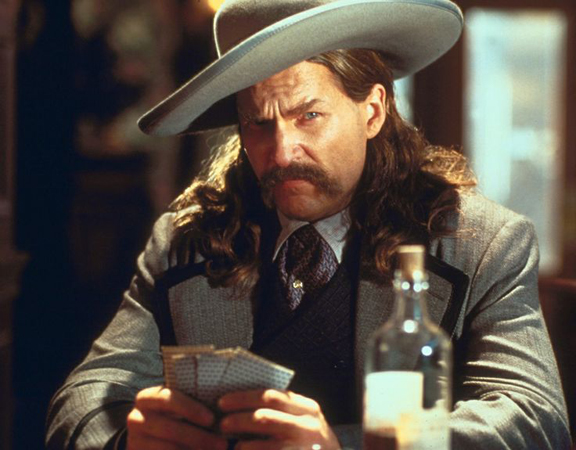 "Jeff Bridges plays Hickok, and he's superb. It's hard to think of anyone else who could have done the part, combining the heroic, larger-than-life qualities of the early Wild Bill with the confused and slightly bewildered Bill of Hickok's last days."
—Allen Barra, in The Ticket, from the Star-Ledger 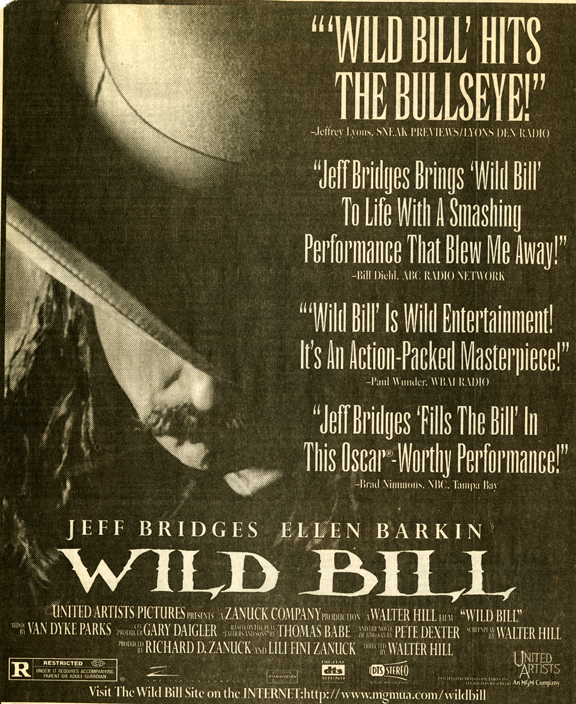 I don't know about you, but this makes me want to see the film again. I remember not liking it very much, although I seem to remember that Jeff Bridges was excellent. I hated the Ellen Barkin portrayal and thought it was derivative of the Doris Day role. And I seem to remember it was "town bound," which is a criticism me and my friends give to a film that doesn't get out on the plains or desert to air it out.

"Still, 'Wild Bill' deserves to have some slack cut its way, because it delivers subtleties and pleasures that are becoming increasingly hard to find in mainstream films."
—Allen Barra