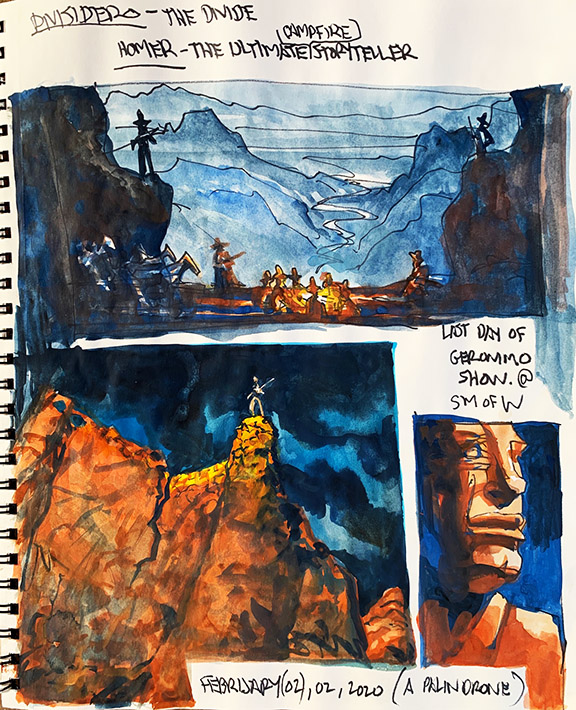 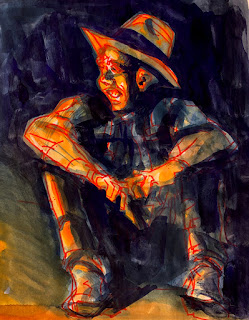 Tall tales around a campfire. That is the setting for a story I want to tell, with this guy. 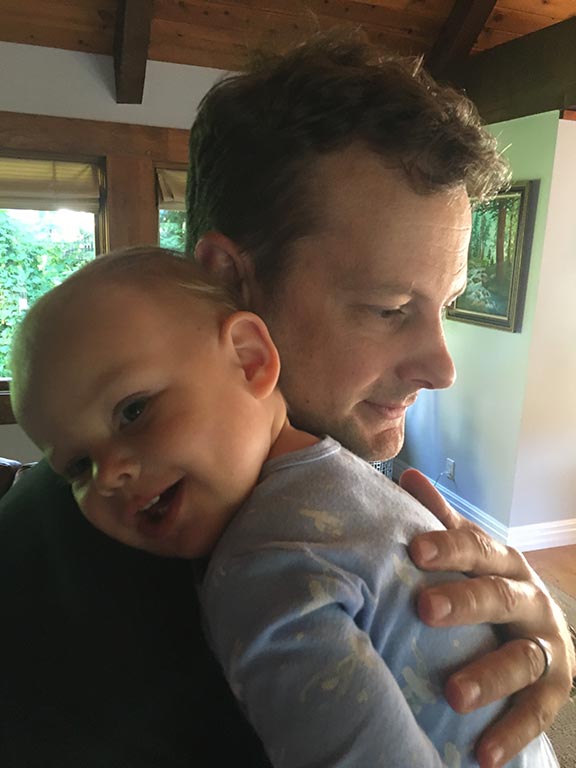 At Divisidero there are armed guards in the pass that leads to El Forte. 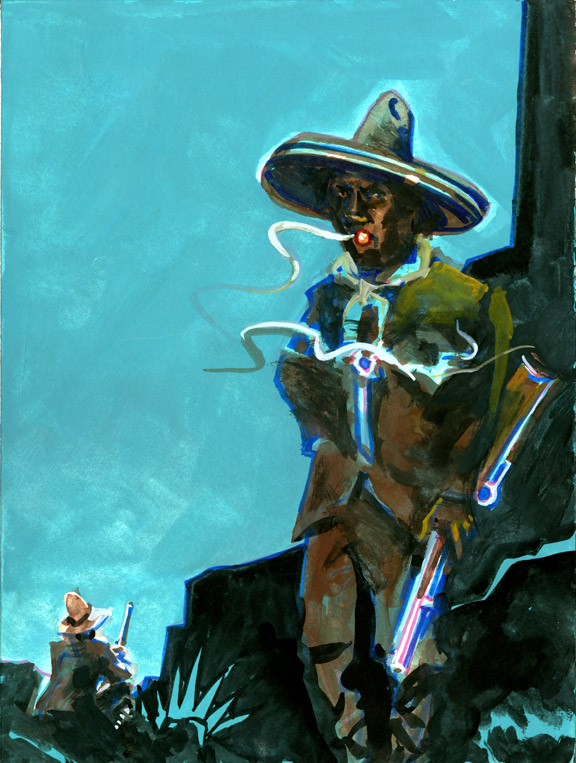 Daily Whip Out:
"Midnight Guards In The Pass" 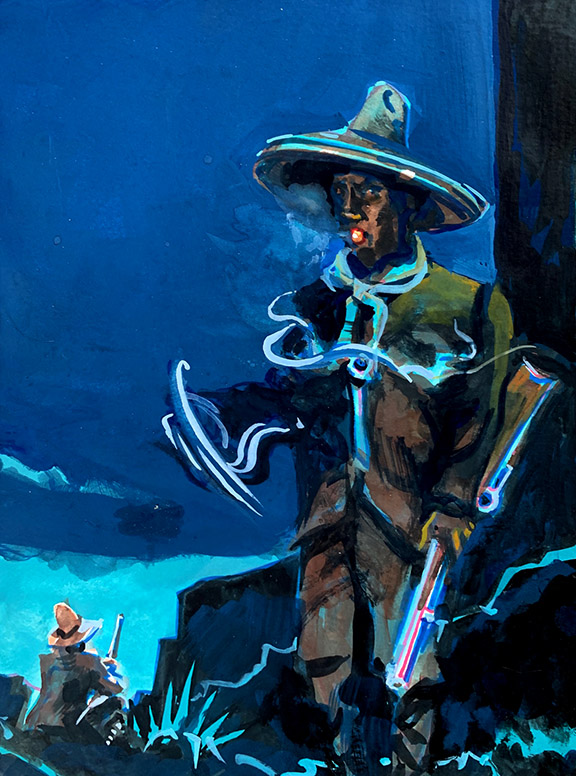 Daily Whip Out:
"Midnight Guards In The Pass
Take A Smoke Break" 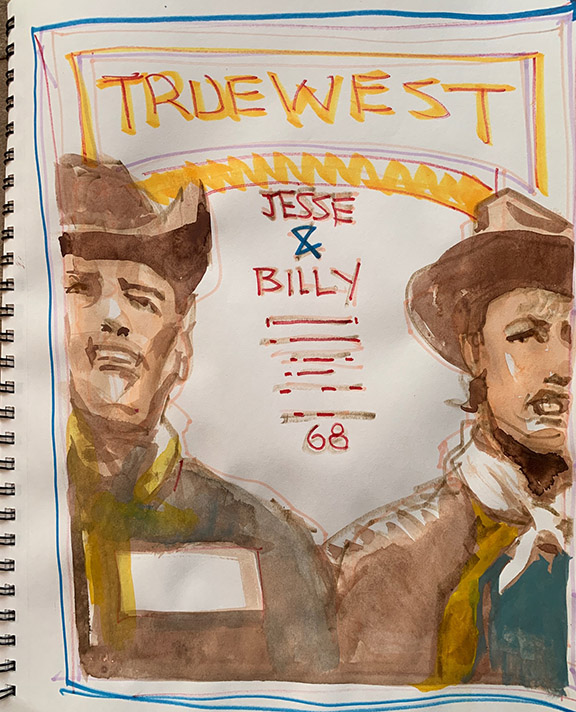 • Tell the story from start to finish and don't deviate.

• Tell the best story you can and throw out all the best lines (that's Hemingway).

• If anything gets in the way of progression, throw it away.

• Save your biggest laugh for the end of Act II.

• At the beginning of Act II remind the audience who they love and hate.

• The end should be inevitable but surprising.

• We tell stories that unite the tribe.

• Every hero wants to quit.

• Keep it simple so the audience can be misled.

• All drama is based on lies.

• The truth is not where you expect it.

• If you master these rules, no one can defeat you.