February 19, 2020
It's off season and nobody's here. Got the place to ourselves. Allows me to get some work done. 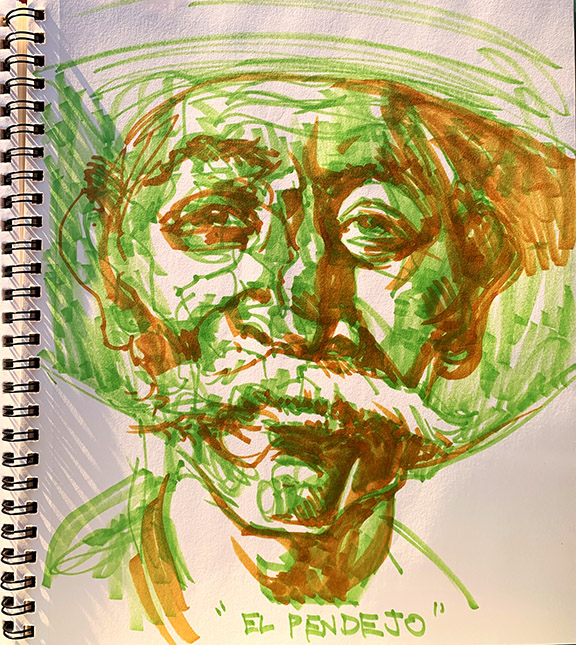 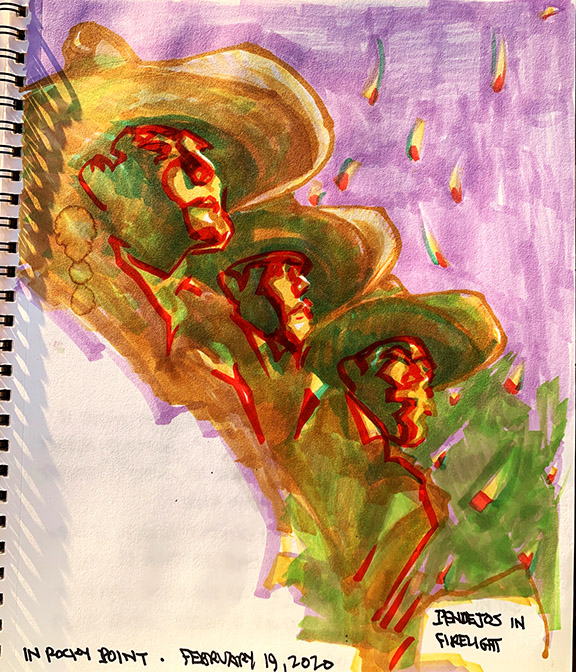 Daily Whip Out: "Pendejos In Firelight"

Of course when we are south of the border it isn't just sketching and working all day. 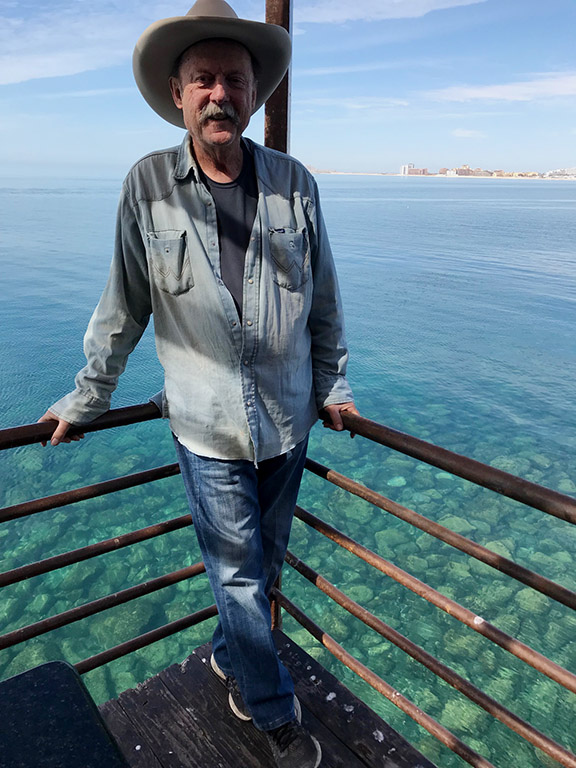 BBB at The Point in Puerto Penasco

When I'm on vacation, I often look for inspiration. I found it here:

"People do not give it credence that a fourteen-year-old girl could leave home and go off in the wintertime to avenge her father's blood but it did not seem so strange then, although I will say it did not happen every day. I was just fourteen years of age when a coward going by the name of Tom Chaney shot my father down in Fort Smith, Arkansas, and robbed him of his life and his horse and $150 in cash money plus two California gold pieces that he carried in his trouser band."
—Charles Portis, who recently passed

"This paragraph is telling you exactly what this book is going to be: funny, harsh, comically dignified and based entirely on the internal struggle of a dry, haughty, extremely badass fourteen-year-old girl."
—Emily Temple, extolling the virtues of the first paragraph of "True Grit"