On The Beach With El Pendenjo?

February 18, 2020
Having fun in the sun with the beach all to ourselves. 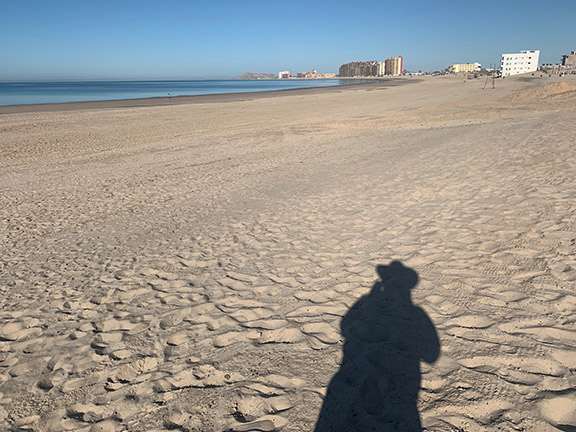 Another Day, Another Empty Beach

Lots of free time to sketch and enjoy the solitude. 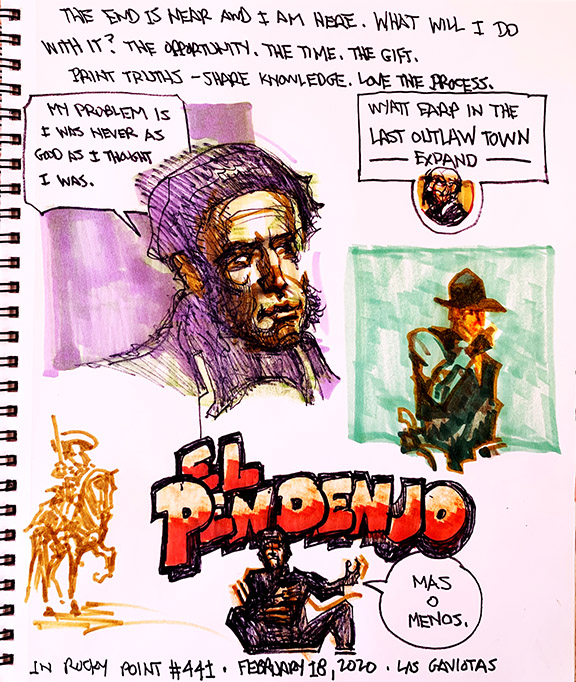 On The Beach With El Pendenjo?

Yes, misspelled Pendejo with an extra "n." A near miss, as it were. That is Steve Canyon inspired lettering. Could work. 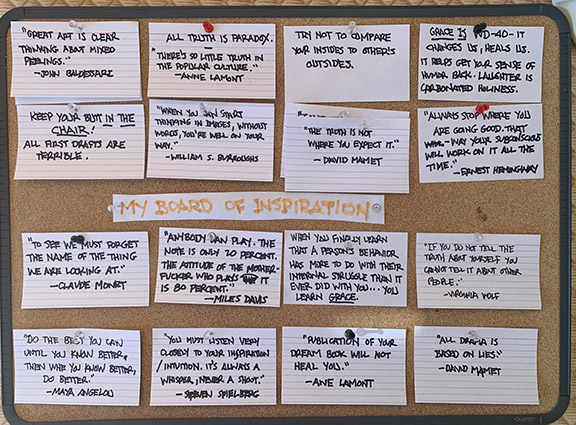 My Board of Inspiration

I'm reading a couple of beach books. "The Dept. of Speculation" by Jenny Offill, and "The Big Goodbye: Chinatown and The Last Years of Hollywood" by Sam Wasson. Both are inspiring and instructive. Jenny builds a narrative based on snippets (Kathy calls her "The Sentence Lady") and Wasson is pretty profound himself as he spins out the Roman Polanski-Sharon Tate tinged tragedy. This is a good example.

"They were golden, their friends were golden, and with so much gold to go around, all were happy at one another's shine."

Wasson also has an ear for summing up eras like this: