Ruddy Campfire Light And Why Do We Remember Billy the Kid?

February 12, 2020
Went home for lunch yesterday and worked on trying to capture the peculiar distribution of ruddy, campfire light. 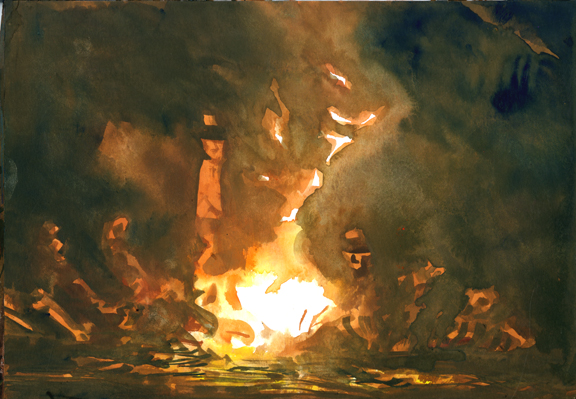 Daily Whip Out:
"As The Flames Climbed High Into The Night, We Saw Satan Laughing With Delight"

Not easy to do, controlling those smokey browns being swallowed up by the night. Meanwhile, got up this morning and took a whack at another lighting dilemma 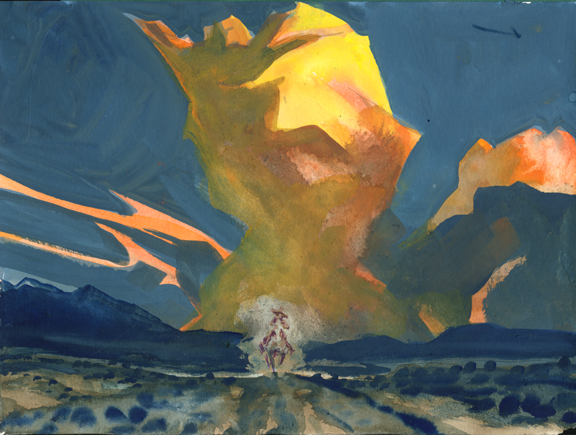 Shapes start to face and meld. Also not easy.

Here's a sneak peek at Dan The Man's layout for a double whammy we are producing for the April issue. Goes to press a week from tomorrow. 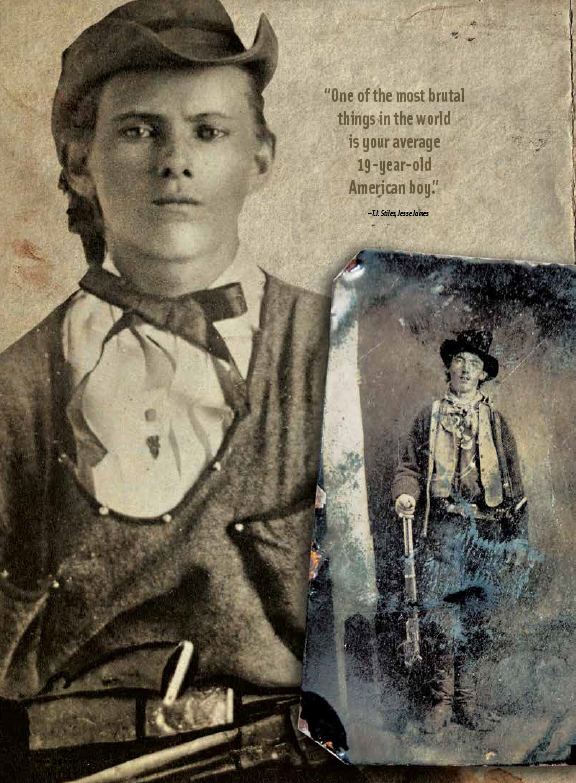 The feature has some great minds deciphering our enduring attention on these two desperadoes. Love what Utley says about the Kid:

"By the time of his death, the public had already come to look on Billy the Kid as larger than life, a peerless outlaw in a land full of outlaws. Until the end of his life, he could thank the newspapers for this standing. His actual exploits did not support the reputation. Then a sensational capture, trial, and escape gave validity to the newspaper portrait, and a violent death, publicized to the entire nation, fixed it indelibly in the public memory for all time."
—Robert M. Utley, "Billy the Kid: A Short and Violent Life," University of Nebraska Press