A New Look at Virgil Earp In Prescott, Arizona

August 7, 2020
We are finishing up a wonderful issue on Virgil Earp in Prescott and his time in Arizona. 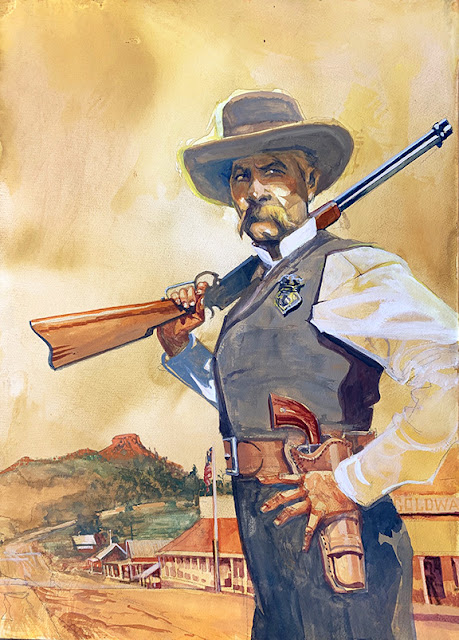 Daily Whip Out: "Virgil In Prescott"
Many do not know that the oldest Earp started his law enforcement career on Whiskey Row prior to his relocaton to Tombstone, and that he also came back to the Prescott area, actually Kirkland, to farm. Here is Virgil's obit in my hometown newspaper: 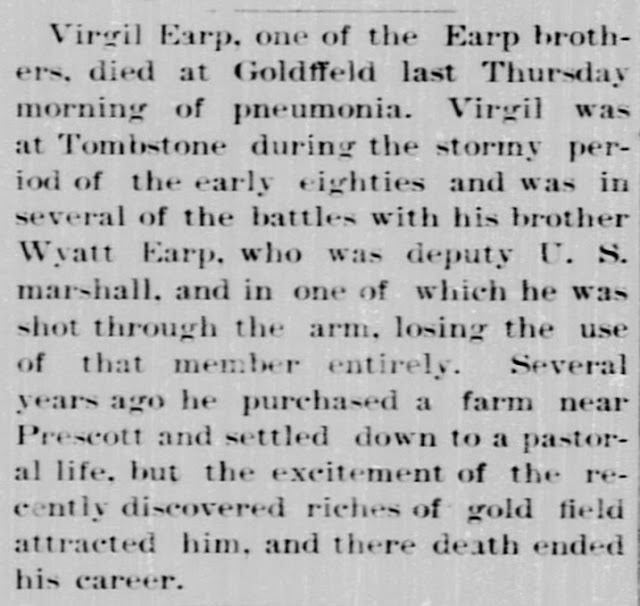 —The Mohave County Miner, October 28, 1905
It's interesting to me that Wyatt is mentioned this early in a prominent way, since the conventional wisdom is that Wyatt usurped Virgil's career in the late twenties. This rather undermines that theory.
Thanks to Mark Lee Gardner, I had a similar ephiphany with Billy the Kid in this same time period. That story in the next blog post.
"This fight has commenced. Get to fighting, or get away."
—Wyatt Earp, at the O.K. Corral fight
Posted by Bob Boze Bell at 8:38 AM