The Romantic And Ridiculous History of Puerto de Luna

August 5, 2020
In October of 1991, I flew to Albuquerque from Phoenix, rented a car, and headed east on I-40 for the unveiling of a brand new historical marker south of Santa Rosa. 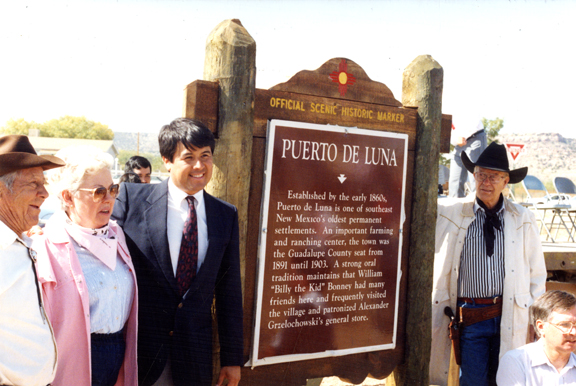 The Unveiling, October 19, 1991
That's the legendary Joe Bowlin, at right, who invited me to attend. I dedicated my second book on the Kid, to him, in part for his gracious hospitality when I came to the Fort Sumner area hunting Billy, and for his tireless efforts on behalf of the Billy the Kid Gang and the history that entails. That's his wife Marylin, second from left and the third guy in the black suit is some politico from Santa Fe who was there for the unveiling, to make it official.
Of course, they had a reenactment of Pat Garrett's posse delivering the recently captured Billy the Kid (on Christmas day, 1880), to the Grzelachowski Store where the real Billy had his last Christmas dinner on this planet. 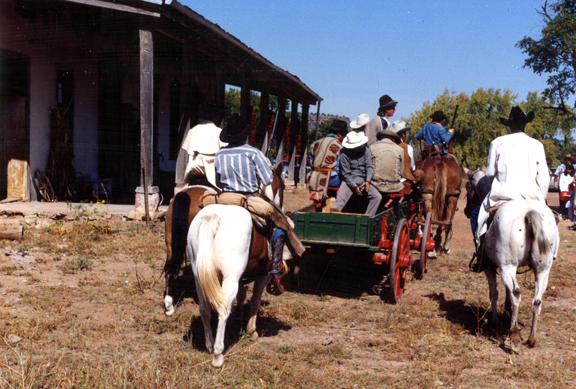 The Kid Arrives in PDL
That's Billy (William H. Cox), standing in the wagon and the actual sherrif of Lincoln County, led the posse. His name was McSwane, of all things, and he was over six feet tall and a dead ringer for Pat Garrett. 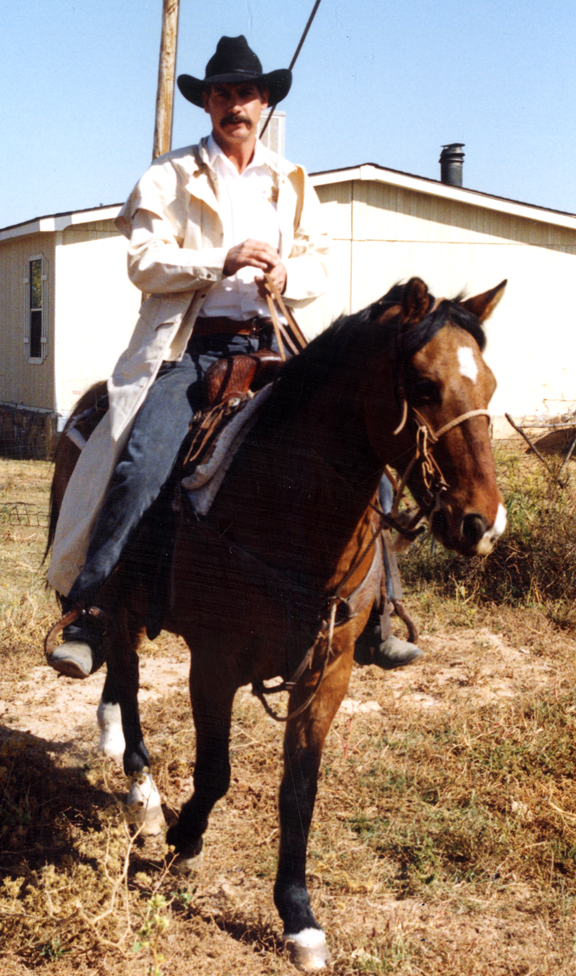 The sheriff of Lincoln County
James "Jay" McSwane
Legend says it was the Spanish explorer, Coronado, who named the spot in 1541, on his way east in search of Quivira (the mythical "Seven Cities of Gold"). He was reputed to have remarked that the moon lodged in a notch of the bluffs along the Pecos River, thus Puerto de Luna, or, Port of The Moon. 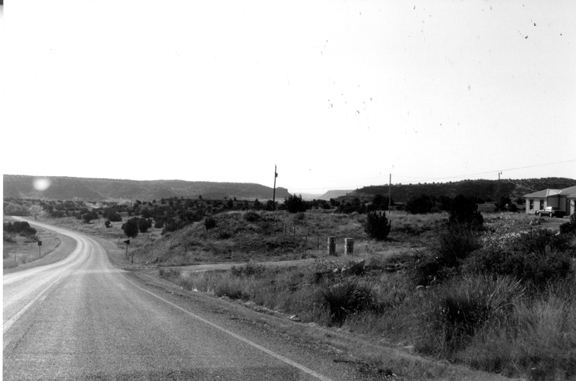 The road to Puerto de Luna.
The notch, where the moon perched,
is just to the right of the telephone pole,
at center right.
Historians and wags (sorry, that's redundant), also like to point out that a family named Luna lived at the mouth of Puerto Creek in the 1860s and the village is actually named for them.
Maybe both are true, or perhaps neither one is true. Welcome to the history of the Southwest.
The locals have given the tiny berg a shorthand name, PDL, which is similar to that daffy game show town, Truth Or Consequences (in the 1950s the town fathers sold the town's soul to a popular TV show of the same name). As a fitting rebuke, many locals simply refer to it as T-or-C.
I would call this The Land of Enhancement, but, I digress.
Meanwhile, I am looking for all the women who loved Billy the Kid. Perhaps at the top of the list is this striking beauty: 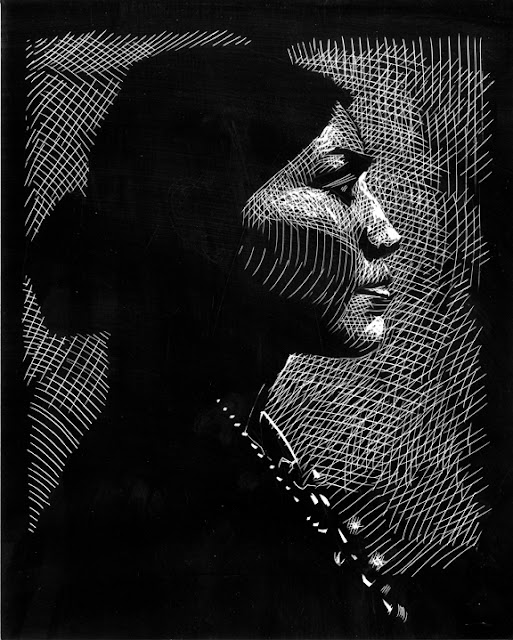 Daily Scratchboard Whip Out:
"Deluvina, The Navajo Woman
Who Loved The Kid"
It dawned on me yesterday that it is very important to me to go to the places I am writing about. Because when you stand where he once stood, you realize what is just and good. Or, as a friend puts it:
"That's the moment the history of the site wraps itself around your shoulders and you can feel it and get a sense of it."
—Mike Pitel
Posted by Bob Boze Bell at 2:36 PM