Working on a several images for the new Billy book. 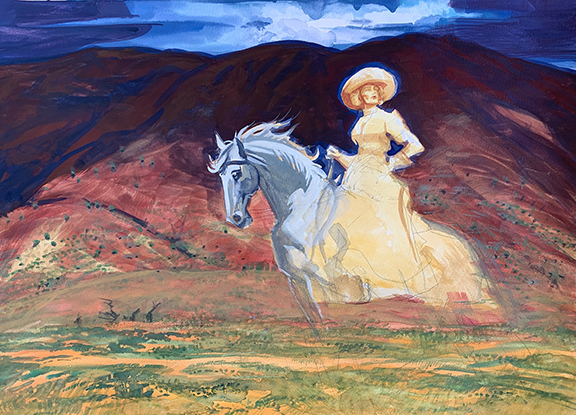 Work In Progress: "Lincoln Honey"
And I've got another ambitious piece going at the same time. When I get stuck on one, I go back and attack the other. 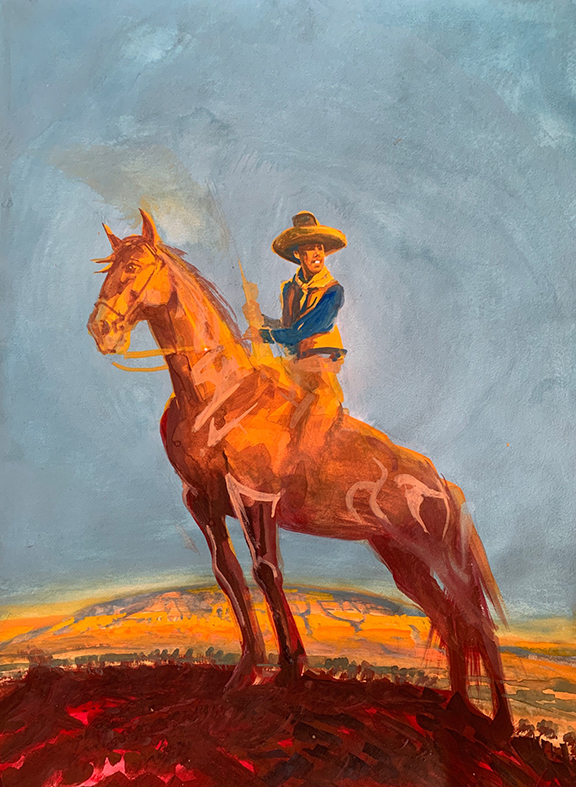 In Progress: "BB On DD"
That would be Billy Bonney on Dandy Dick". 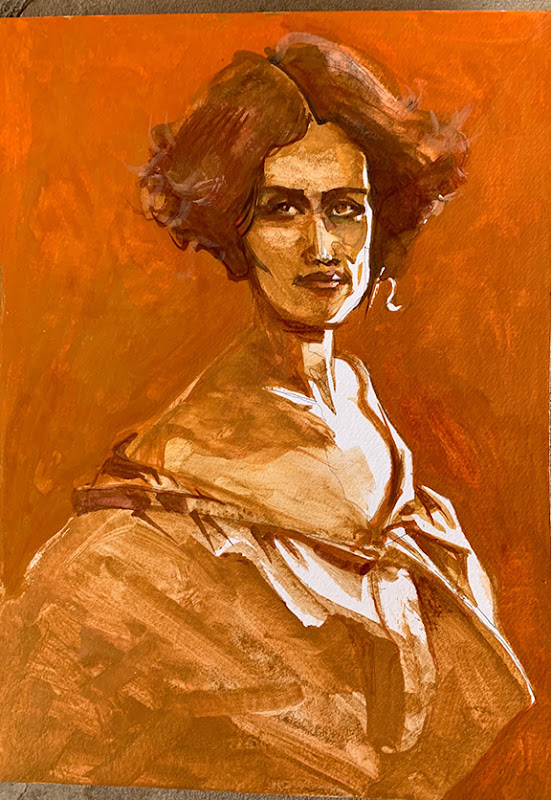 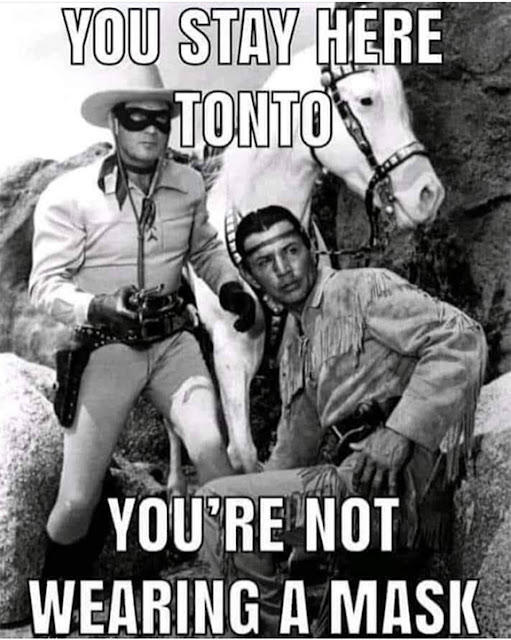 I shoot a lot of photo reference, like this.

Or, so The Top Secret Writer tells me.

Sometimes the photo reference I shoot is so good, I simply have Rebecca Edwards convert the image into an old funked-up tintype and call it a day. 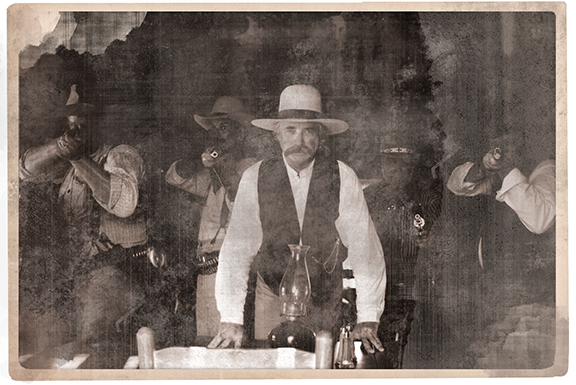 Sheriff William Brady
had Billy and Fred Waite arrested and thrown
in the pit jail.

Speaking of getting the history right, people always wonder where I come up with my incredible background information and I always tell them, when I don't know something, thankfully, I know the people who do know. Two examples:

"Anton Chico literally means 'Little Anthony' in Spanish, but it's probably a corruption of ancon chico, "little bend" and, in fact, the Pecos River does make a little bend around the village."

"There are probably several homes and buildings (occupied or empty) in Anton Chico that would qualify as a State Cultural Property or as a site on the National Register of Historic Places. Anton Chico, settled circa 1822, attracted merchants, ranchers, and outlaws. The Kid and the Regulators scared off San Miguel County Sheriff Desiderio Romero and his posse in Manuel Sanchez's Saloon in Aug., 1878. While Manuel Moraga's traveling circus was performing there circa 1879, the Kid hadn't the money for a ticket, so Moraga let him in free. Later in the day, Moraga gave the shivering Kid a red flannel shirt and overcoat to protect him from the cold weather. When the circus returned in 1880, the Kid not only bought a ticket, he gave Moraga $75 for the clothing he'd been given the year before. La Iglesia de San Jose, where Garrett and his second wife, Apolinaria may have been married (my gut feeling says yes) was built in 1857. Sallie Chisum, who was sent to a finishing school there in 1879, married a local clerk, Germany-born William Robert, in La Iglesia de San Jose just two weeks after the Garretts' Jan., 1880, marriage. Many of Lincoln's Hispanic residents, by the way, came from Anton Chico.

Great stuff, but I'm not sure about that "finishing school" and I'm waiting for verification.

"Pat Riley was killed while sleepin' off a drunk at Grass Range. Pat took a booze joint and, after smokin' the place up and runnin' everybody out till it looked like it was for rent, fell asleep. The booze boss gets a gun and comes back and catches Pat slumberin'. Pat never woke up, but quit snorin'."