Here's When This Pandemic Ends And What Heppens Next

"The world has never seen anything like this," said the man who has never looked at a history book. 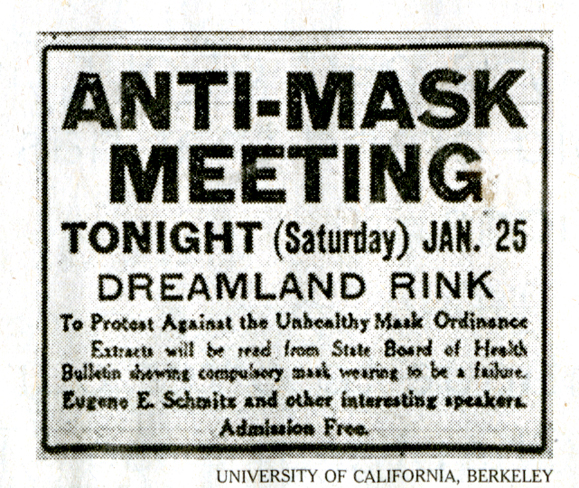 The Anit-Mask League posts a notice

in the San Francisco Chronicle

Yes, there was resistence to wearing masks in the 1918 pandemic, with many Americans refusing to do so, and so the government created slogans like, "Wear a mask or go to jail!" Our great grandparents weren't any happier than many of their great grandkids are about being forced to wear a mask.

So what else can we glean from that experience?

There were three waves of illness in the 1918 pandemic. That plague started in March of 1918 and spiked three times. After the third one, the deaths subsided by the summer, in 1919. The pandemic peaked in the U.S. during the second wave, in the fall of 1918. This highly fatal second wave was responsible for most of the U.S. deaths attributed to the flu. By the third wave more and more people had achieved herd immunity and life returned to normal the following summer (1919).

So, if history is our guide, next summer—in 2021,—life will return to normal and then we will get a bonus, something very, very groovy.

All the sickness and mask wearing and massive death toll of the 1918 pandemic led directly to the Roaring Twenties! People were thrilled to be alive, to be able to go back into bars and to the bars they did go. Bathtub Gin parties, flappers, the Charleston. If you've never studied history, you never thought they were connected, did you? So get ready. It's coming again, after the third wave. We've got ten more months to go. Hang on. We'll make it. 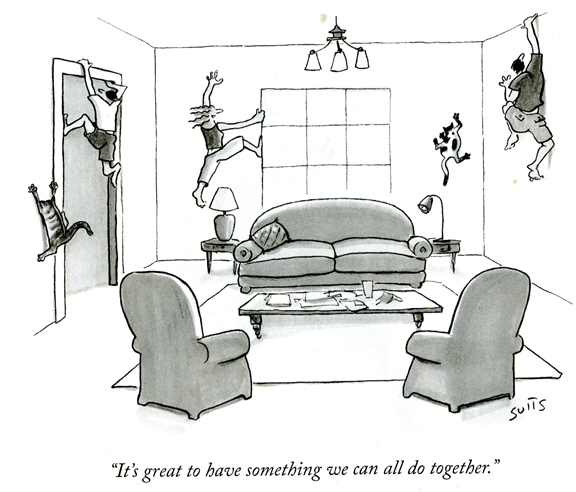