The Courage It Takes to Admit to Not Being Brave

I needed to be brave, but I wasn't. True, I was only nine and a precocious little twit. (Oh, and full disclosure: I was an only child!) Still, it hurt to be bullied. Because of that hurt, I found myself instantly enthralled by another kid, who not only refused to put up with any crap from the bullies in his life, but he shot his tormenters between the eyes. As the movie poster says: "He was an All-American boy and a cold-blooded killer." Based on this thin—and terribly conflicted—resume, I immeditately admired and wanted to be Billy the Kid. 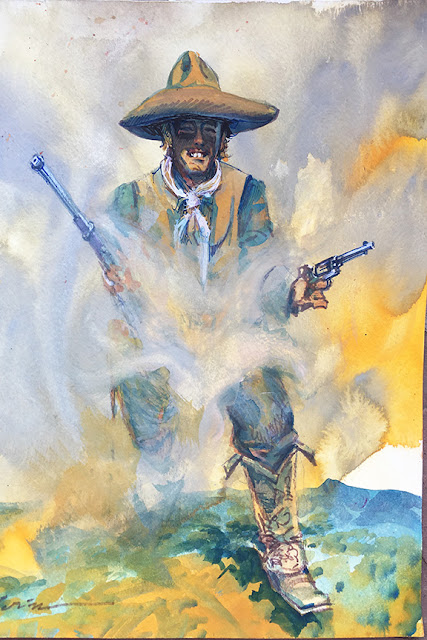 The Kid Who Took No Guff

That's my excuse for being Kid Krazy. What's yours?

"Shortly after I got married I began to be obsessed with all things Billy. Why? I'm still not completely sure except that I see him being the kind of person I always wanted to be: completely confident, exceptionally brave, free to roam at will, a really great shot AND he got to ride horses all day, every day!! Does it get any better than that?!?!"
—Shelly Buffalo Calf
Red Lodge, Montana 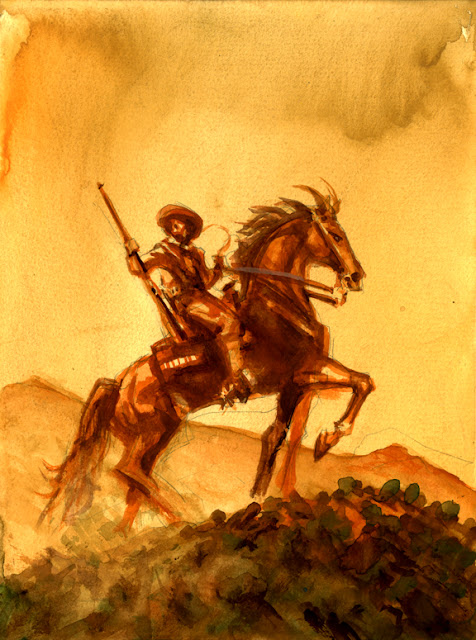 The Kid Out Riding Every Day
of The Week
Of course, not everyone admires the boy like Ms. Calf and I do.
Billy Blowback
Dear Bob Boze Bell:
Since you didn't acknowledge receipt of my March 2020 letter to you, I don't know whether or not you received it; therefore, I'm resubmitting the letter. I hope that you aren't like most people who will only believe what they want to believe no matter the facts or lack of facts. Many people who cannot adequately rebut something that is said, will often remain silent or they will make an irrational statement like, 'Your comments are so ridiculous that they don't deserve a response from me.'
I wouldn't want your job which entails touting (glorifying) outlaws (murderers and thieves) and outlawry (murder and thievery). My integrity means more to me than fame or fortune.
[He goes on to makes a pretty strong case that "the lawless Lincoln County" is a myth. In my opinion, it actually suffered from too much law! Then he ends with this:] The lawless Old West myth was created by journalists, so-called historians, dime-novelists and movie producers. Billy the Kid should be merely a footnote in history.
—Franklin L. Boren
Tinnie, New Mexico
Not only do I agree with Mr. Boren, I second his paraphrasing of a comment allegedly made by Jesse James: "All the world (except for their victims) likes an outlaw."
Amen.
So why do we put halos on killers and give them virtues and skills they never possessed? That question was my takeaway from researching my Geronimo book, and now that I've returned to the Kid, for one more go round, I am struck even harder by this sordid and messy counter-truth: Is it courageous to admit you are not brave?
Or, is it merely the old cowboy saw:
"Courage is being scared to death, but saddling up anyway."
Or, does it cut even deeper?
“I wanted you to see what real courage is, instead of getting the idea that courage is a man with a gun in his hand. It's when you know you're licked before you begin, but you begin anyway and see it through no matter what."—Atticus Finch, written by Harper Lee, "To Kill a Mockingbird"
Regardless of the actual virtues or failings of Billy the Kid, when it comes to being courageous, I still believe the boy is not wanting. I'll still take that to the bank.
"What people choose to believe, is a fact in itself."
—Leon Metz
Posted by Bob Boze Bell at 12:24 PM