Buckey O'Neill's Front Yard And The Edge of Eternity

August 3, 2020
In January of 2017, the good history doctor, John Langellier, treated me to a stay in Buckey O'Neill's historic cabin, right on the edge of the South Rim of the Grand Canyon. 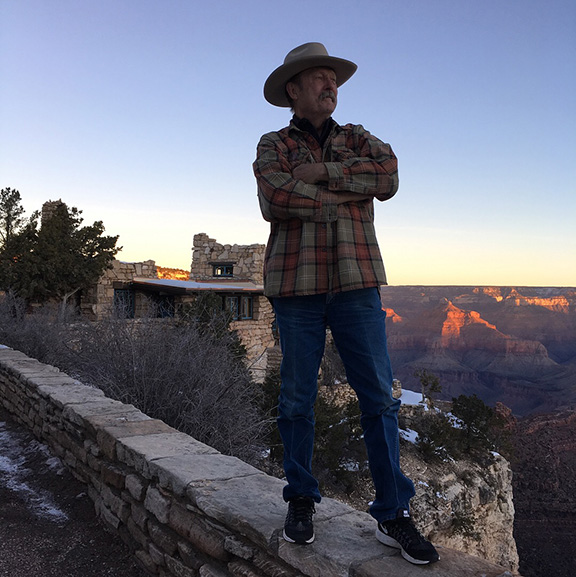 Daybreak On The Wall In Front of
Buckey O'Neill's Cabin

We had a grand time, with a couple hikes and a dinner in the El Tovar dining room. In the morning, we were clowning around, and I jumped up on the wall for a photo. And, here's the cabin as it appears today. 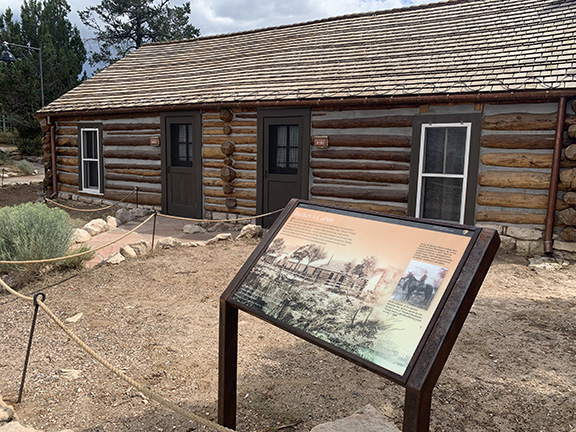 And here's a better view of the actual drop at the wall I am standing on. 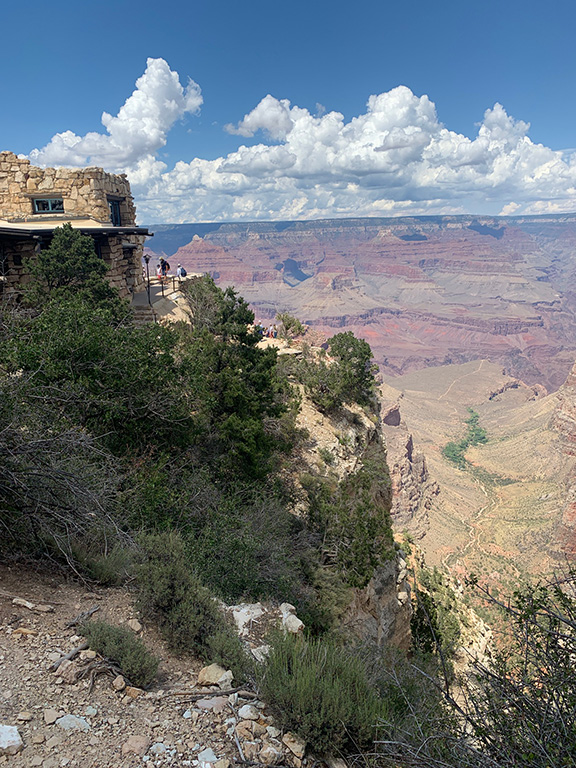 What hedged the vertigo for me, is the narrow, dirt ledge in the foreground with all the trees and bushes to break an accidental fall. Of course, it's just a mental trick and there are plenty of fatalities in the canyon that relate directly to this mindset.

A father from Dallas, Texas, was walking from El Tovar to the Visiter's Center with his young daughter on November 28, 1992. Austin Gingrich, age 38, playfully jumped atop the rock wall, above, and acted all dramatically, wind-milling his arms comically, as he mockingly said to his daughter, "Help, I'm falling. . ." Then he jumped off backwards onto that narrow ledge I was referring to, and the daughter just laughed and said, "Oh, Dad."

In the morning the park rangers found his body 400 feet below the wall.

"A lot of tourists approach the Grand Canyon like a ride at Disneyland or some other amusement park and think it's idiot proof."
—Tom Jensen, Executive Director of the Grand Canyon Trust
Posted by Bob Boze Bell at 11:50 AM