A Quick Note On Our Never Ending Misreading of Reality

Thanks to a friend's suggestion, I sought out an excellent book, "Mexico: Biography of Power" by Enrique Krauze. In it, he explains the dichotomy of Mexico at the time of the 1910 revolution, between the conservatives, who were proud of their Spanish colonial past, and the liberals, who were ashamed and hated the colonial past and wanted a new future. This latter group gave voice with the popular cry of the day: "Long live the Virgin of Guadalupe and death to the Spaniards!"

One side was "yearning to escape from the past and the other to preserve it." Sound familiar? It's the same exact struggle and it never ends, it just morphs into something that seems different, but it's the same damn thing—1910-2020—take your pick, they are interchangeable.

Krauze also nails the dishonesty of both sides by saying that in the Mexican revolution "both versions of history [the two sides, conservative and liberal] were also wrong." Then we get this: "Though neither would ever admit it, each side idealized its favored events and heroes. Each side had its own misreading of reality."

"The arc of history bends towards delusion."

This's why I can't get too upset about tearing down statues, including my own.

Meanwhile, speaking of never-ending enigmas, I'm on the hunt for the heart and soul of Billy the Kid. Forget the paltry facts and nitpicking details of his short and violent life (I've already done that book!), I am looking for something deeper and elusive, the thing in that knight errant boy that changed my life and continues to capture the hearts of people from around the world. Here's a couple random lines about that quest:

Kid In The Moon
Kid in the moon, dust on the grave
Where do you go when you have to be brave?

Salty senioritas sway as they all say
they enjoyed a roll in the hay
He tripped their triggers, every one
He was a bad boy that son of a gun

But only one, to which he was true
he gave his heart and so would you
she was a beauty, a Mexican cutie
with eyes that flash in the dark
She created a spark that erupted in flame
at the end of a gun, the end of the game 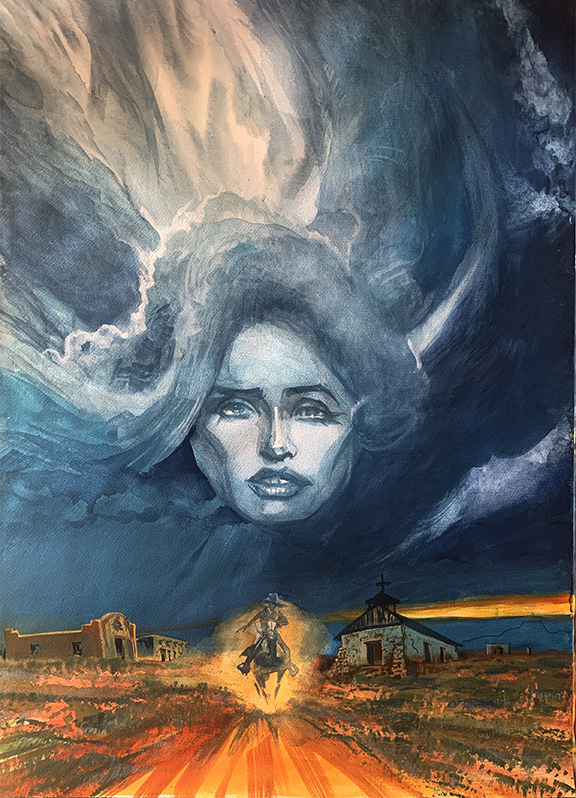 Daily Whip Out: "The Girl From PDL"

Kid on the moon, dust in the grave
Where do you go when you need to be brave?
—BBB