Lord Take Me Downtown I'm Just Looking For Some Insights

Not so long ago, I had lunch with Edmundo Segundo (Ed Mell) and a certain Blues Legend. Turns out, not only was the mole excellent, but the dude on the right unlocked a door for me. 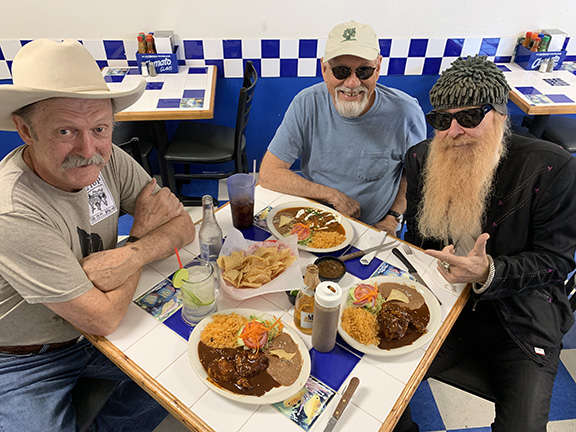 The Mole Men Get Down

A few months after our lunch at Mariscos Ensenada in downtown Phoenix, Billy Gibbons, above, right, told me he was inspired by a half-finished painting I had showed him, and he wrote the lyrics to a tune he is calling "The Sweethearts of Billy the Kid." 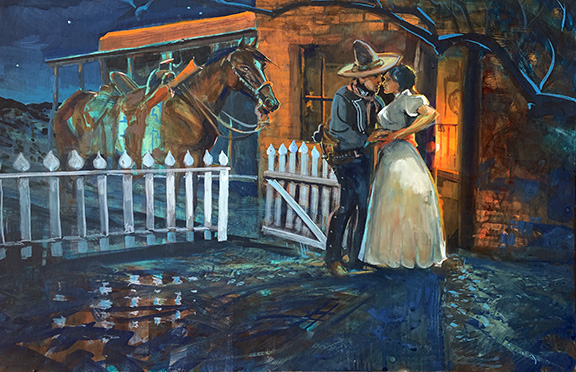 On the phone, the ZZ Top lead guitarist, confessed he had been up all night writing lyrics for this Kid tune. That was very cool, and so were his lyrics. He asked me if I could add anything to give it some authenticity so I told him I would give it some thought. After the call, I jotted down some song lyric ideas about Puerto de Luna, Billy the Kid and all his sweethearts, real and imagained, and for some strange reason, the process opened me up to thinking lyrically, instead of my usual default position of being historically accurate, all the damn time.

Frankly, it was liberating and it inspired me to come at my third and final book on Billy the Kid from a different direction.

The truth is not facts lined up

And besides, I already wrote and illustrated that book.

"And I hear it's tight 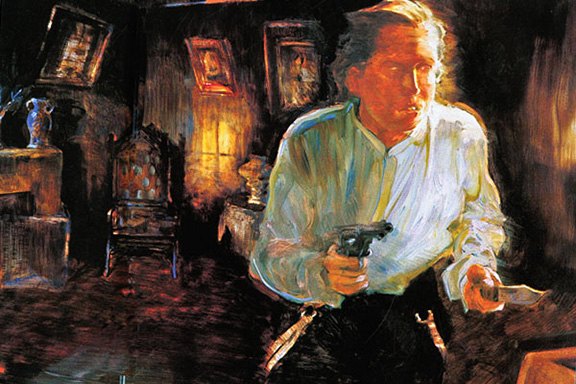 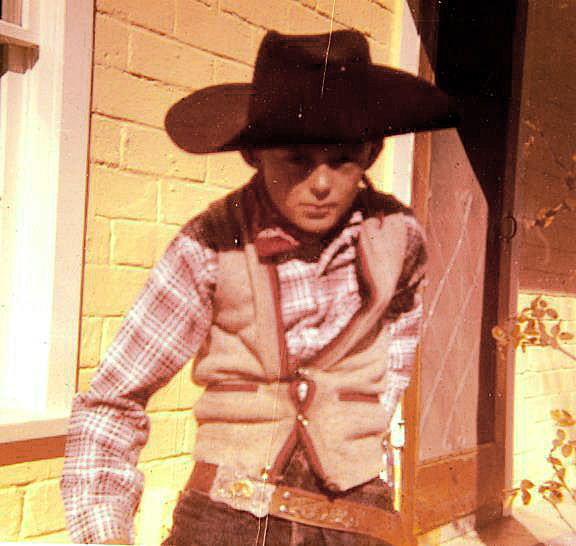 Which brings up another aspect of the book I want to delve into. All the Kid Krazy characters I have run into on my many road trips across Arizona and New Mexico seeking the truth about Billy the Kid. You know, like these crazy cats. 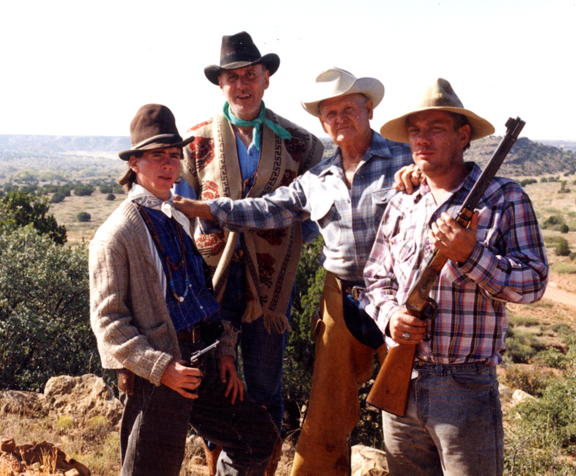 Johnny Eastwood (in white hat)
and William H. Cox, at left, and pards,
at Puerto de Luna, October of 1991

Here's a nifty, little tidbit I am picking up from the first book, which answers the question, would we remember the Kid if he had received a pardon?

PORTALIS, N.M.—John Henry Bonney, of this city, believes his father deserves a place in the annals of Old West history. Mr. Bonney, 45, has written a manuscript detailing the exciting life of his dad, William H. Bonney who, according to the author, had many hair-raising adventures, as a young cowboy but which heretofor have never been told outside the immediate family.

John Bonney relates that his father, who passed away last July, supposedly took part in a range war that occurred down in Lincoln County. According to his son, the elder Bonney once jumped out of a burning house because of an insurance policy. After numerous gunfights with unscrupulous county officials, Bonney eventually received a pardon from Governor Lew Wallace and married Paulita Maxwell, at Old Fort Sumner, on December 20, 1882.

The Bonney family is well-known in the Portales area. William Bonney, Sr. had been a successful stock raiser here and his son, and grandson, carry on the tradition. Bonney's other son, "Billy" Jr. died in WWI.

"I am hoping by relating this important story," John says, "my father will not be forgotten."

He calls his manuscript, "The Authentic Life of a New Mexico Cowboy." So far, no publisher has agreed to print the story of this interesting pioneer from a bygone era, but John Bonney remains hopeful.

"The only new thing in this world is the history you don't know."