Coach Les Byram Was a Great Coach And A Fine Kingmanite

When I was in the fifth grade at Palo Christie Elementary School in Kingman, Arizona, a young coach came to our school in the early morning, before classes, and began running basketball drills with us in our small gymnasium. Thanks to him we started having games in the sixth grade and by the seventh and eighth grade we were winning tournaments. 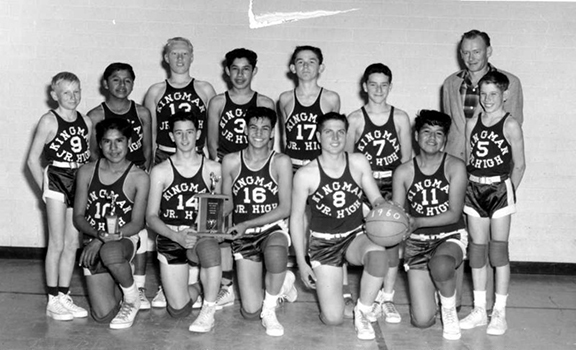 We were seasoned and ready when eighth grade came around. Les also coached our baseball team in eighth grade and we loved the guy and would do anything for him. 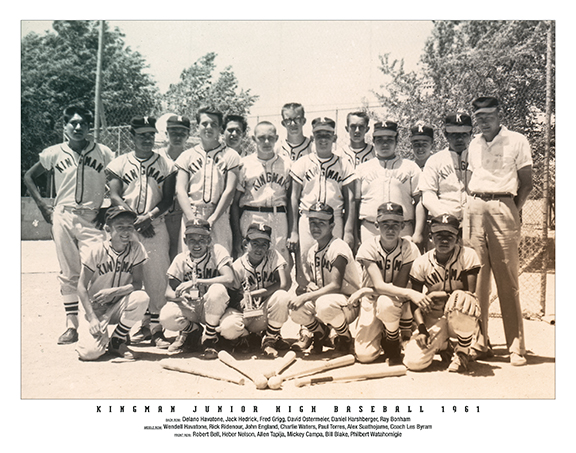 Well, we lost our first basketball game, on the road, at Poston, and on the long ride home, he told us there's more to learn from losing than there is from winning. We won every single game from then on out, including two tournaments. The next year, he extended the winning streak and not only did the Kingman Junior High team beat everyone in northern Arizona, but Coach Byram, called schools in the Valley of the Sun, drove the boys down there and beat them as well. Les engineered the longest, extended winning streak in school history. 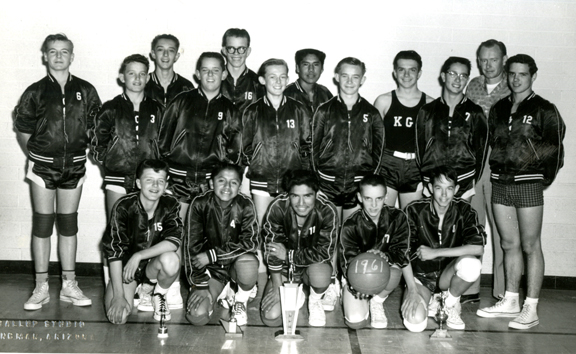 That's me (#13) standing next to my best friend Charlie Waters (#9) and that's Dan Harshberger, back row, second from left. We went 16-1, beating both Parker and Poston in the Blythe, California tournament and Philbert Watahomogie (#4) got most valuable player. We also won the Kingman Invitational beating Bagdad, Blythe and Parker Dam for the championship.

A handwritten note on the back says, "Cheerleaders were, Jan Key, June Smith, Karen Johnson and Michele Gilpin." In high school I dated three of them and one of them hates my guts to this day.

Whenever I had an event in Kingman, Les would show up to support me. What a great guy. 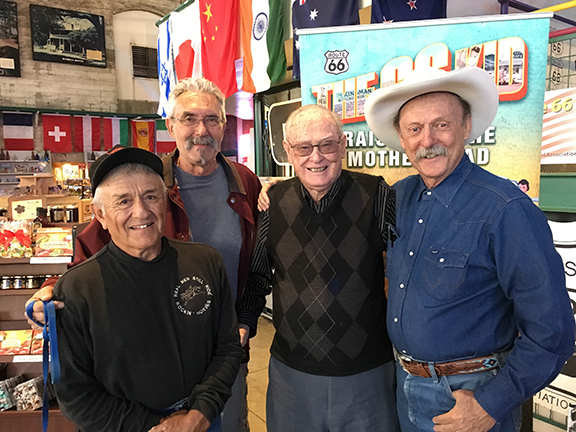 Lester Wade Byram, a longtime Kingman resident and former Mayor, passed away at age 92 on August 19, 2021, at home in the company of family following a brief illness.

Lester was born and grew up in Melbourne, Arkansas, where he played college basketball at Arkansas Tech. He received a graduate degree in Education from Arizona State University and undertook doctoral studies at the University of Arizona in Tucson. In 1957, Lester moved to Kingman, where he taught junior high school and coached champion basketball teams. Lester Byram went on to serve as the principal of Manzanita Elementary School and Kingman Junior High School.

From the time he moved to Kingman, Lester was actively involved in the community. He served on the Kingman Regional Hospital Board for many years during the time the KRMC campus was constructed.  Lester was a Councilmember as well as Kingman’s longest-serving Mayor. Les was involved with many community service organizations for many decades including Rotary, Elks, and Toastmasters. He enjoyed playing basketball and softball competitively for many years in local Kingman Leagues. He was the Grand Marshal for the Andy Devine Parade.  Les attended Saint Johns United Methodist Church. 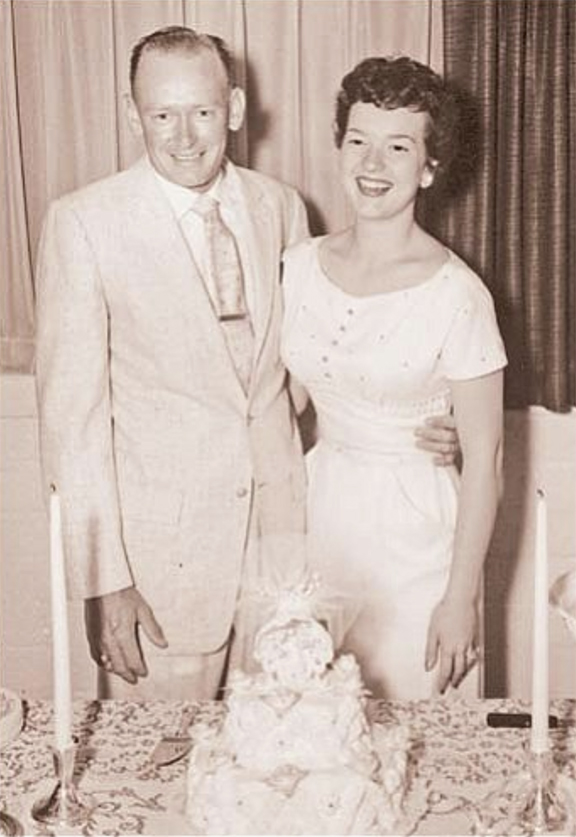 Les and Lyndal Byram on their wedding day.

"Grandma was slow, but she was old."

—Coach Les Byram, telling us, with a grin, to get the lead out of our pants