I pulled the plug on finishing our Women of the Wild West book for this fall. Long story short, I am retooling it for a Mother's Day release and reattacking the entire concept. There was entirely too much resistance from my publishing team and I didn't want to compromise the concept to simply put it out willy nilly, or worse, half-baked. Fortunately, I had the advantage of meeting with not one, but two of my favorite muses over the weekend and both agreed I needed to go in a new direction. if you are curious, as to the identity of the two muses, they are named on one of my sketchbook pages, below. 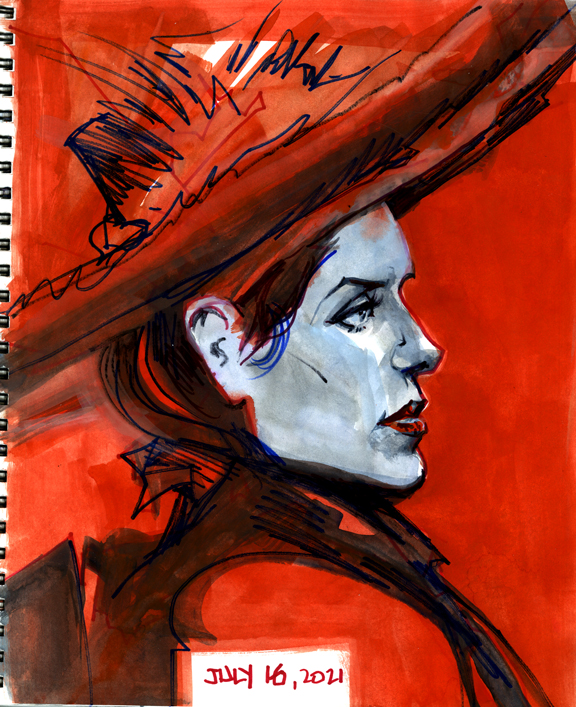 One of the things my two muses encouraged me on is to change the subhead of the book to this: Women of The Wild West, Volume I. So simple and yet so dynamic and it opens up a whole new universe with a bunch of possibilities, like this. 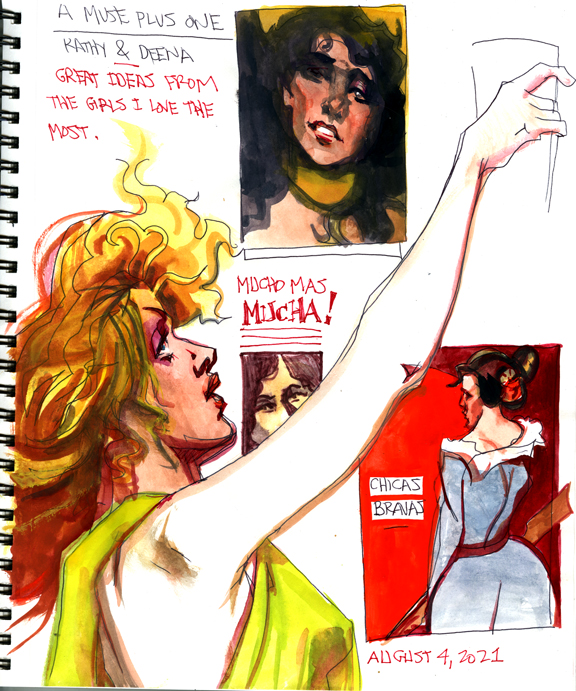 I'll tell you who Mucho Mas Mucha is in a moment. 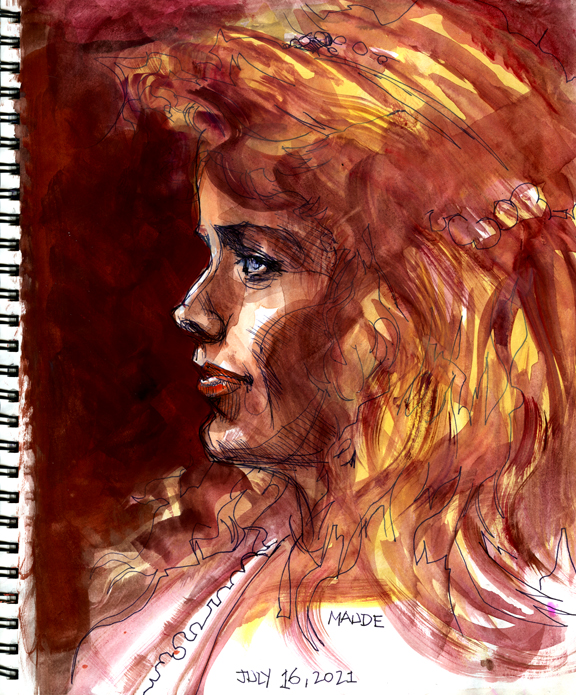 The sky is the limit with this concept. Here another Mucha poach. 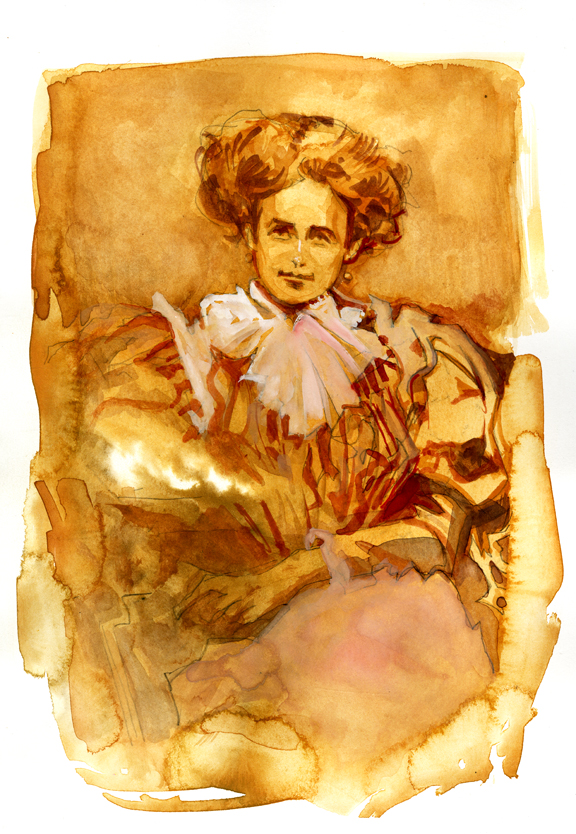 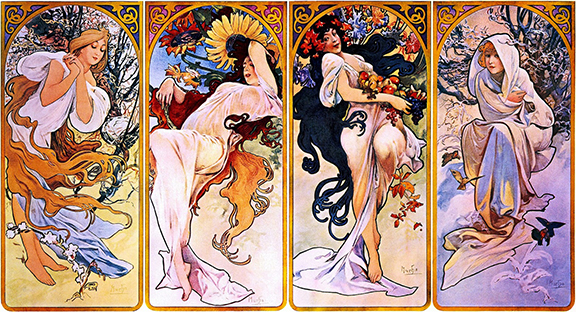 He was a Czech artist working in Paris in the 1880s and 1890s. And, if you don't recognize his work and you are old enough to remember Hippy Times, this will probably Job your memory. 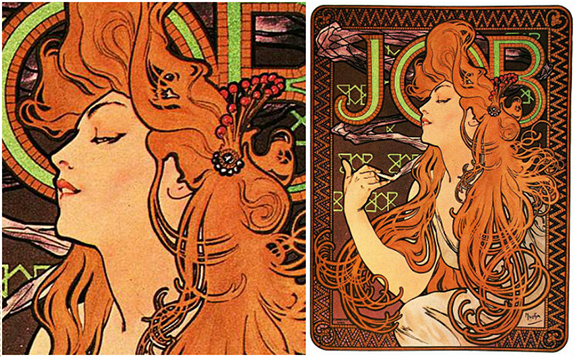 A Mucha image poached for the
Job Rolling Papers ad campaign
back in the Sixties and Seventies.

And, speaking of clever poaching, there are few cartoonists who have consistently been so smart and so funny as this guy in our universe.

We create our own personal universe and it's nice to see someone so honest and yet, hilarious. Another brilliant cartoon by a brilliant guy.

"A strong man can handle a strong woman. A weak man will say she has an attitude."