In the annals of famous last words, Billy the Kid's retort to a reporter in Santa Fe is right up there in the ironic stratosphere. 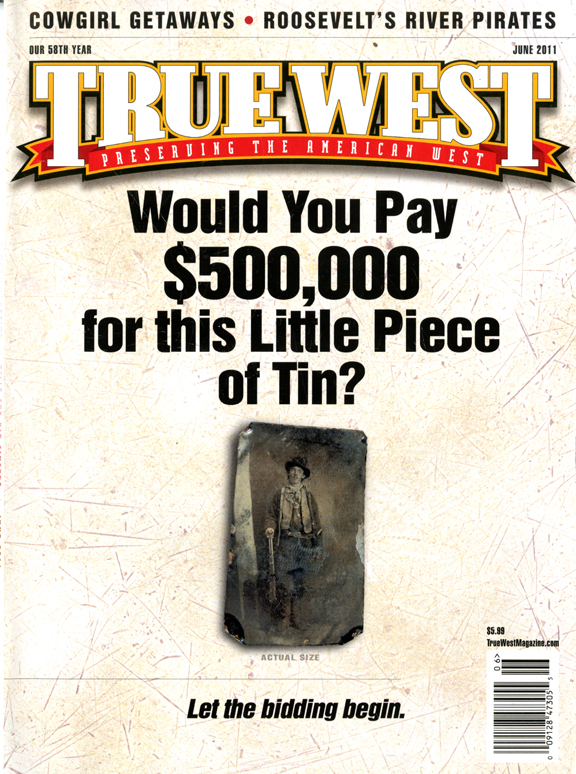 We were wrong about this one, too.

The tintype ultimately went for $2.3 million, and it sold to Bill Koch. Did Koch buy the gun as well?

Gun That Killed The Kid Goes for Twice The Estimate

—Billy the Kid, responding to the supposition that he is becoming as popular as Buffalo Bill, 1880