Desolation Row vs. Greer In The Fifties!

Long before the hottest summer ever, Kathy asked me where I wanted to go for an escape in August, and I said, let's try Greer, Arizona.

So, Kathy booked a creekside cabin online through Greer Lodge Cabins. I've heard so much about this mountain village in the White Mountains near the headwaters of the Little Colorado River and it's supposed to be heavenly this time of year. Especially at a time when our neighborhood looks a little wilted. 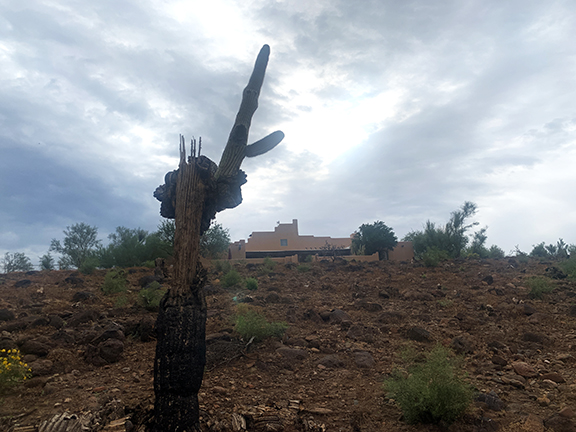 There was only problem: we had a puppy who had never been on a road trip. Oh, boy. 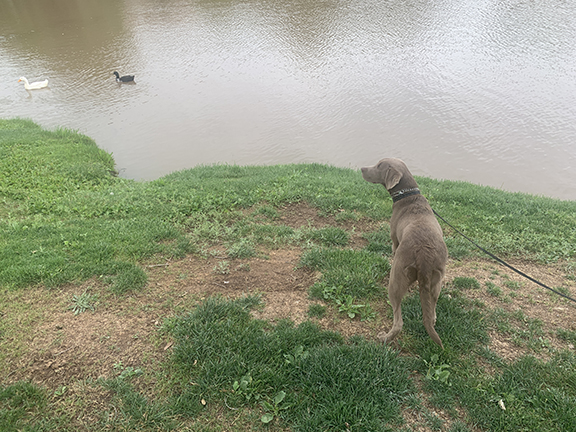 Uno Forgets Why We Stopped
In Payson

Lesson number one: you will make many stops where the theme of "pee pee stop" is totally forgotten. The little Wisenheimer never peed once on the entire four-and-a-half hour trip!

Lesson number two: meeting other dogs and children means to be extra polite at a distance. 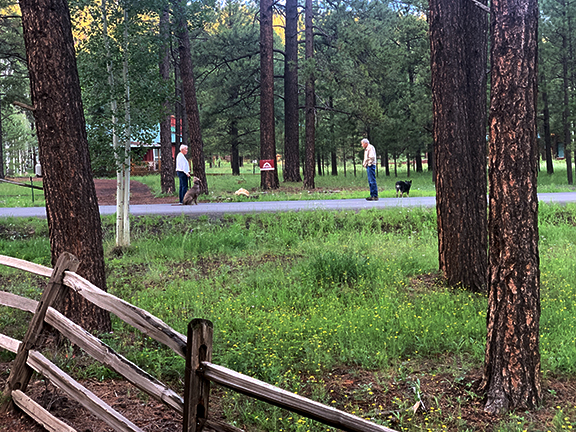 Part of the charm of the Greer Lodge cabins is no Wi-Fi! But this was just what the doctor ordered because I needed a break from the heat and the internet. And with the lows in the low fifties and rain almost every afternoon, it was heavenly. Of course there were temptations to stay connected. 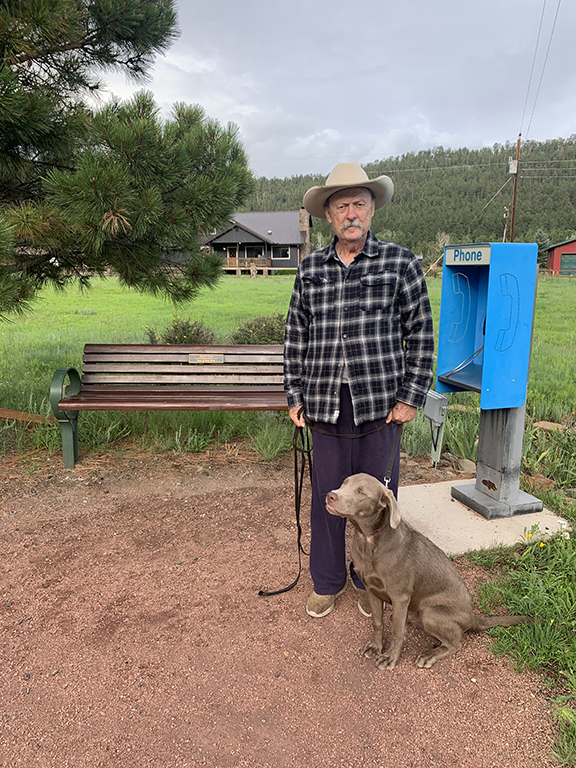 Of course, I could have called my staff on this pay phone, but I didn't and my question is, when was the last time someone actually used this pay phone? Perhaps to phone in the election results of Truman vs. Dewey?

This morning we headed back via Eagar, Saint John's (home of the formidable Udalls) and Concho which the Spanish settled long before most modern Arizona towns like Show Low, Prescott and Flagstaff.

Caught this big thunderhead on the way home from Payson. 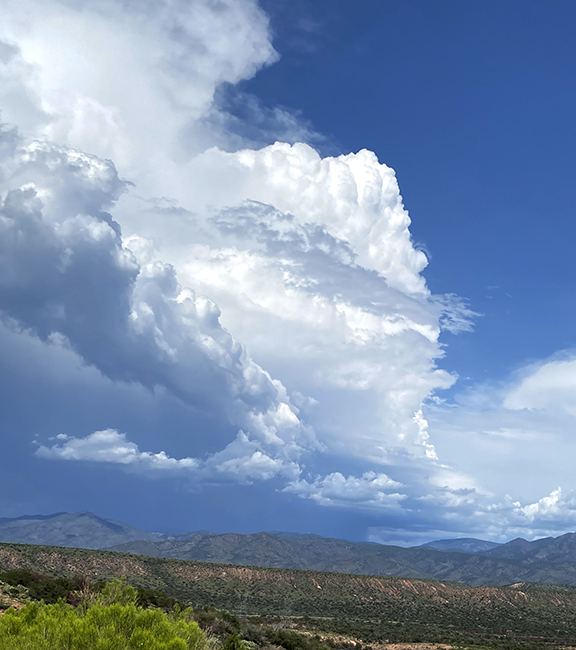 Got back to the triple digit heat at a little after four and straight away jumped in the pool. Why?