Fast And Hilarious Plus Olive In Eyelight

Here's an artist's conception, in the 1930s, trying to imagine what picture phones would look like in the future. 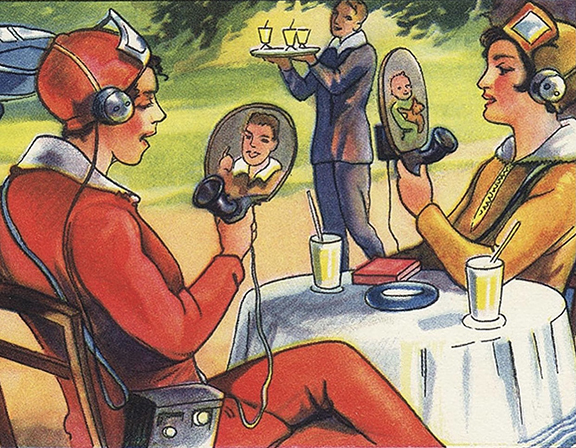 Imagine an art director telling him, "No, that's too ornate. Just make them holding little, flat, rectangles. Nothing fancy, just a metal boxy, looking thing." Also, note the phone pack transmitter at her waist. This actually was true in the 1980s. When I was on KSLX (100.7 FM) and we wanted to go out in the field to broadcast bits on our morning show, I carried a big ol' power pack phone with a shoulder strap. Hard to believe now, but the Thirties Artist was just doing his best with what his imagination would tell him about what the future would look like and we have a tendency to miss it every time.

Truth be known, we are enjoying a Saturday afternoon filmfest, next door at our neighbors. We have made a vow to watch all the Fast & Furious films, one each Saturday. So, of course, we started with F9, then went to what we thought was the first one, but is actually #5? So I Googled the actual correct sequence which took us to the very first one (2001) and I have to say, it is my favorite, so far. Just zany and dramatic with super cool stunts. The only downside is that, as Bob Hoss commented, they drive too many "rental cars." i.e. Japanese imports. Tiny and squirrely looking, at best. As the series goes on they seem to lean on the classic muscle cars (I'm referencing F9 here) because they are so cool, but then you have big chase scenes in, say, Budapest, and a '77 Dodge Charger comes sliding around the corner and it is, well, hilarious. Check it out. It's a total laugh fest. And I mean that in a good way. 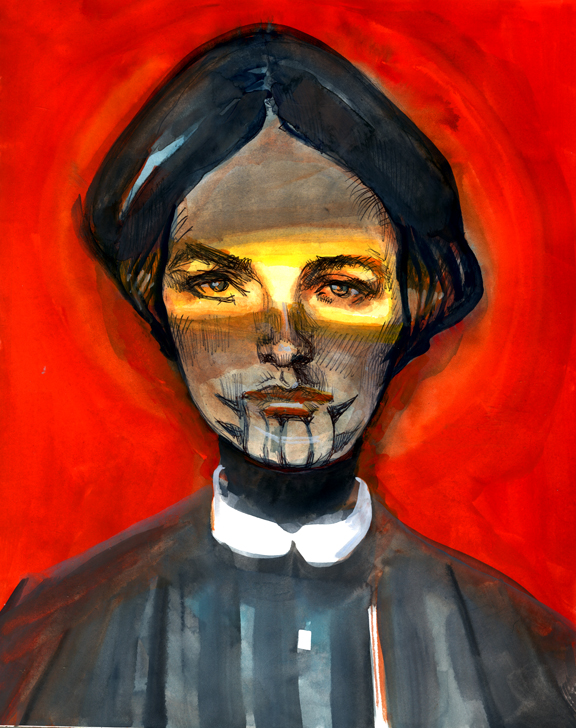 Daily Whip Out: "Olive In Eyelight"

File This Next One Under: Money for Nothing And One of My Chicks Is Free

Our digital director, Mariah, sent me this True West Facebook comment on someone who claims to know my true motives: 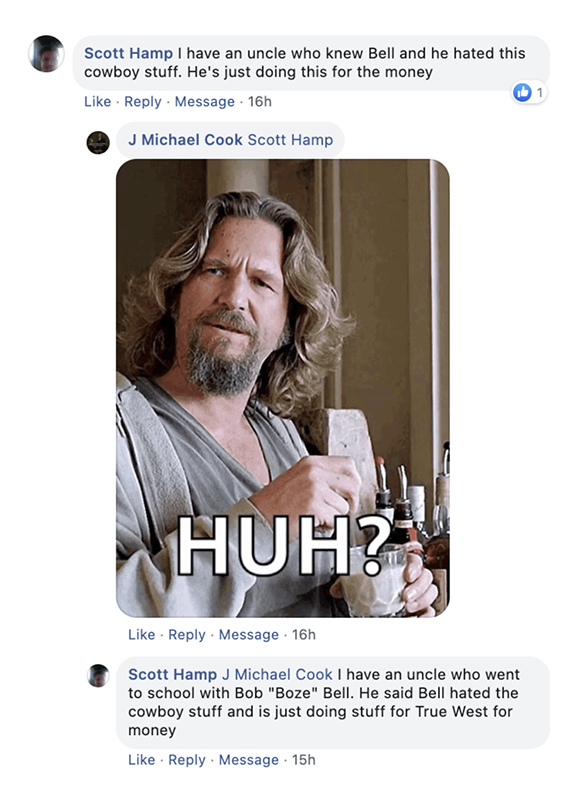 The moral here is, if you live long enough, everything you stand for will be turned upside down.

"You promised me a ten-second car."