Got back from Flag at about three yesterday. Picked up Uno at Doggie Daycare and brought him home and gave him a bone. He sat out in the breezeway on this throne and shot me this look. 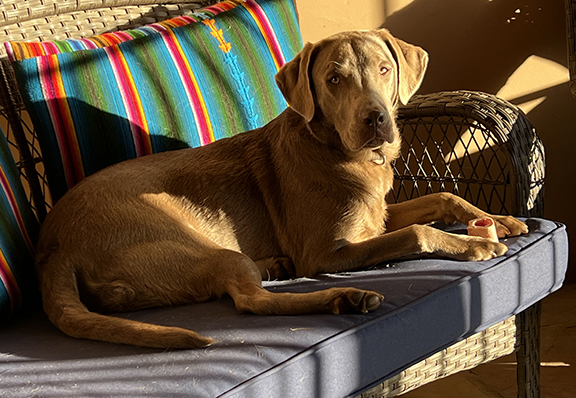 Uno Has A Bone to Pick

Is it a "Thank you" look? Or, a "Don't Think This Let's You Off The Hook" look? If I had to guess, probably somewhere in the middle.

It's been on a long quest with this subject matter: 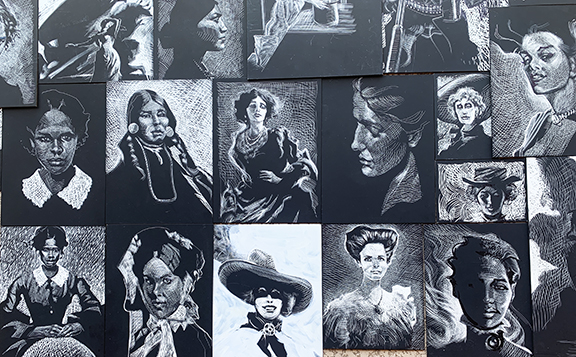 "The Real Women of The Wild West"

And, getting closer on the teaser copy as well:

Coming this fall, a groundbreaking new book about the Real Women of the Wild West from Jana Bommersbach and Bob Boze Bell. Lavishly illustrated with art and photographs, many never before published, and newly discovered history about women who have never received the due they deserve, this book will be a benchmark in setting the record straight, once and for all. 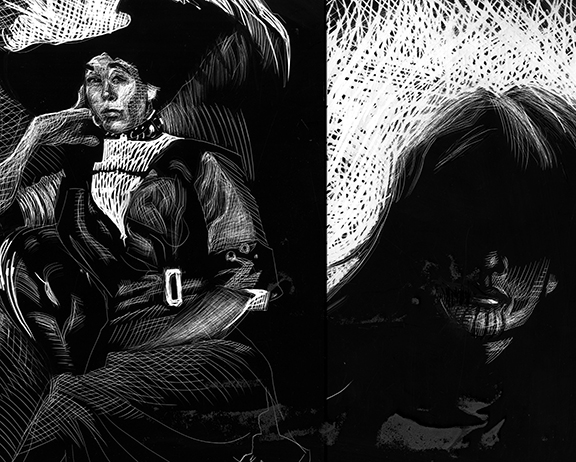 Here's How Jana Puts It In The Foreword

"We know all about the bandits and bad boys, the gunfighters and goons, but not the women who held it all together with grit and spit. The reality is plain: there never would have been a settled West without the women—Native and Mexican women here first; Black and White women who followed--all settling the vast, unknown and scary lands beyond the Mississippi River.

"But they've never got their due. If they're mentioned at all, it's as whores or tough-living Calamity Janes.

"Here's the good news: You don't have to dig deep to find remarkable stories of the remarkable women of the West—you just have to care enough to dig.

"We cared enough. Meet some of the women who should be in every history book."

—Someone Who Spoke The Truth