The Curse of The Secondary Source

If you've never studied history, you need to know one thing: primary sources are the best. 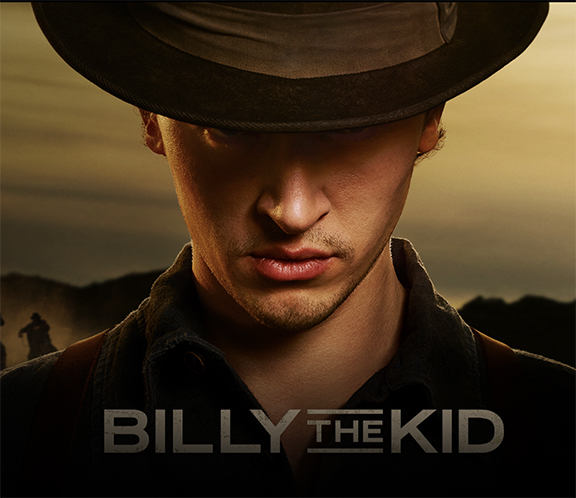 So, I finally watched the first episode of the new Epix "Billy the Kid" series. I got past the El Paso, 1877 opening scene (barely!) but then we get the Kid walking straight up to Joe Grant, who is so drunk he hands over his pistol? Zero tension and just bad, bad writing. The power of the actual incident is that the Kid helps Joe break up the saloon and in the confusion, Billy craftily empties Joe's pistol of bullets and then when Grant turns on the Kid, like a rattlesnake, the Kid offs him. How do you take all the steam out of that incredible true story? Well, one way would be to shoot it like they shot it in this new, lame-assed series. It's too bad because the kid who plays The Kid has a good look. And don't get me started on that sissyfied townie hat.
Now, this is my take on the Joe Grant killing by the Kid in Fort Sumner. But, wait! There are new kids in town and they have a different take on the history of this shooting:
"Well that was the second hand version told by Charlie Foor to Maurice Fulton, who wasn’t present when the shooting happened. As you will read in my book, I mostly go by Paco Anaya’s vivid first hand eyewitness recollection of the shooting. Unlike those who gave second hand versions of it such as Foor, Will Chisum, Pat Garrett, Ash Upson etc, Anaya was physically present in the saloon when it happened. I apply the same regarding Bonney’s confrontation with John Chisum in Fort Sumner, Lily Klasner and Will Chisum both told that silly story of Chisum charming Bonney into holstering his revolver and walking away, which were both second-hand tales of what they heard. Paco Anaya was in the saloon and witnessed the confrontation with Chisum before his very eyes and recalled it very vividly. Anaya was there. Will Chisum and Lily Klasner were not. And yet, as I point out in my book’s notes, for some strange reason, these second-hand Anglo accounts have routinely been given consideration ahead of a first-hand Hispano one

"I’ve never bought the whole Joe Grant handed over his gun for Kid to examine it nonsense. You did not hand your gun over to anyone on the frontier. Hell, walk up to Wes Hardin and say ‘nice gun’ and try to grab it out of his holster in a saloon...and see what happens. The most likely explanation, is that Grant’s gun simply misfired, like when that soldier stuck that pistol in Hickok’s ear and pulled the trigger, but Wild Bill lucked out and the gun jammed. Bonney then responded by killing Grant on the grounds of self-defense."
—James B. Mills 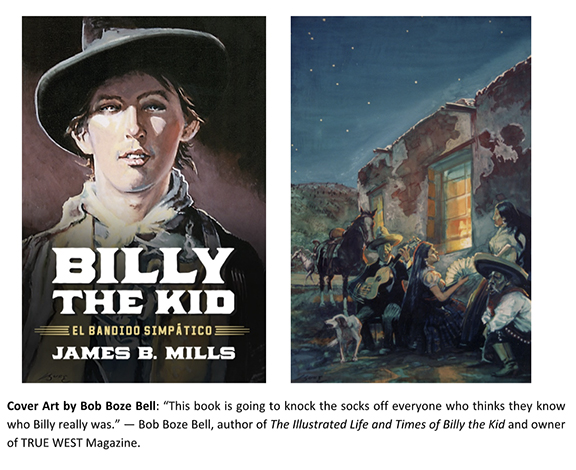 Okay, my favorite little Aussie Bastard (James B. Mills above) makes a very good point. I grew up on the version of the Kid removing Grant's bullets and it's how I have portrayed it in all three Billy books I have published. But Mills points out a very valid criticism. The people who told the emptying of Grant's pistol version weren't there! They were secondary sources.
"Secondary sources are a bitch!"
—Every Historian Who Has Ever Lived
Posted by Bob Boze Bell at 9:19 AM