The History of Bacanora

Yesterday I had lunch with this guy at Janey's in Cave Creek. 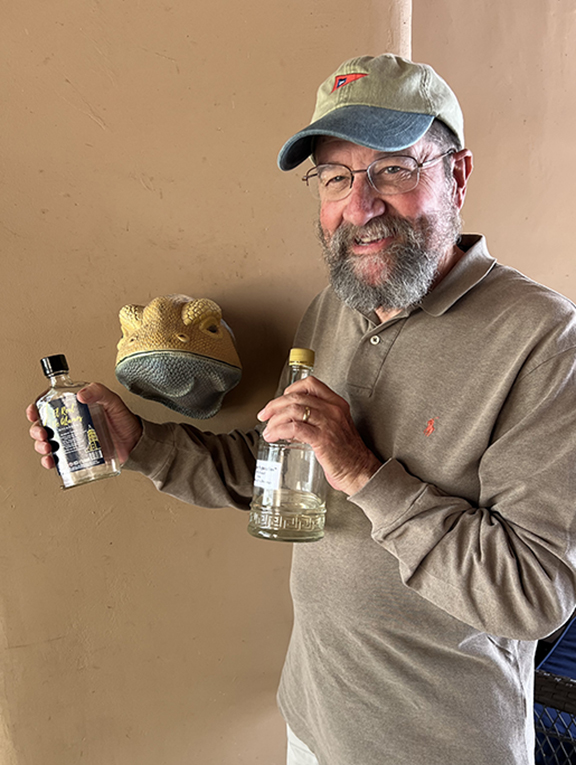 His name is Greg Scott and he brought me some bacanora. What is bacanora, you may ask?

"The Bacanora in the pint bottle is from Alamos, Sonora. All liquor made from agaves is properly mescal. Those who make it ( or are known to eat roasted agaves) are Mescaleros. Roasted agaves were (and in some places still are) an important food source for prehistoric Arizonans. Agaves are native to north and South America. Of course they been transplanted all over the world, especially the Mediterranean. Only mescal made in Sonora can legally be labeled Bacanora. In the early 1900s then governor, later president, Plutarco Calles declared total prohibition in Sonora and mescal making went underground. They finally rescinded that order about twenty years ago so now mescal making is less clandestine. Bacanora is a town in the western foothills of the Sierra east of Hermosillo. It enjoys a reputation as the source of the best mescal in the state hence the statewide generic name for all mescal made in Sonora. Alamos had a thriving mescal industry which disappeared due the aforementioned prohibition. Now the mescal magic has returned. The owners have planted significant plantations of agaves. When I was there in January there were eight stills going. Each still about 300 gallons. Simple description of process: agaves harvested and leaves removed, then roasted in a large ( or small) rock lined pit for 2-3 days, removed from pit carefully with a long handled pitch fork, shredded (a tough procedure) now more and more using the PTO of a tractor for power or axes if by hand, resultant mash goes into a tank, very often fifty gallon steel drums, water added, tank sealed, fermentation takes place over 2-3 days, resulting mash distilled (ideally double distilled) this is where the steel drums are valuable since a fire can be built directly under the drums and the resulting steam is directed to a cooling coil suspended in water I’ve seen automobile radiators used in this process the cooled liquid drips out into a waiting plastic jug a bit more water might be added and contents of jug poured into tank to be distilled a second time. Then bottled and delivered to Cave Creek. Some Mescaleros make only a couple hundred gallons at a time. It’s a labor intensive process. This small batch Bacanora sells for (pre-Covid) about fifty dollars a gallon. Buyer supplies the bottles or jugs  We’ll visit some Mescaleros on the Rio Sonora in June." 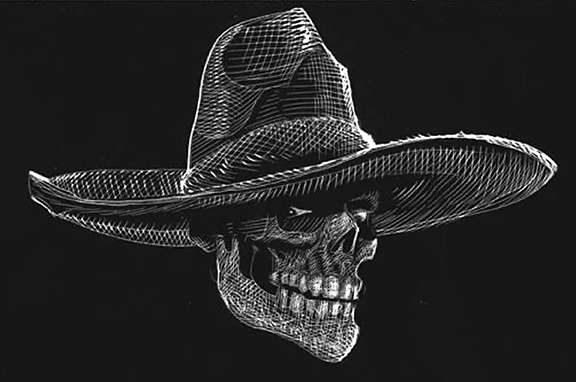 "If drunkards could fly the sky would be cloudy all day."