On a good morning I like to wake up with a cup of coffee and a good view of these two morning beauties. 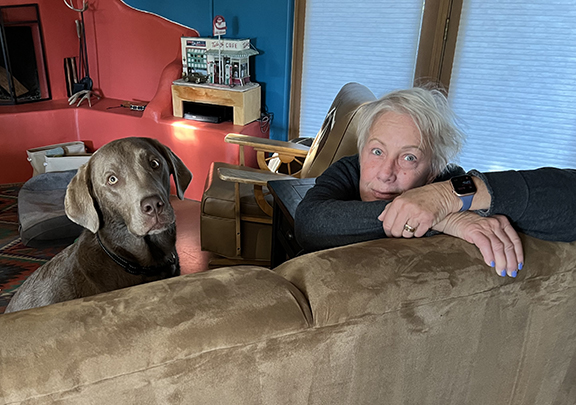 Uno and the Goose

Yes, that is Tim Prythero's miniature of my father's Flying A gas station in the background. A prominent fixture in our living room. And, yes, I got permission from both parties—Uno and the Goose—before I posted this. But not from Tim.

The Longest Shot In The West 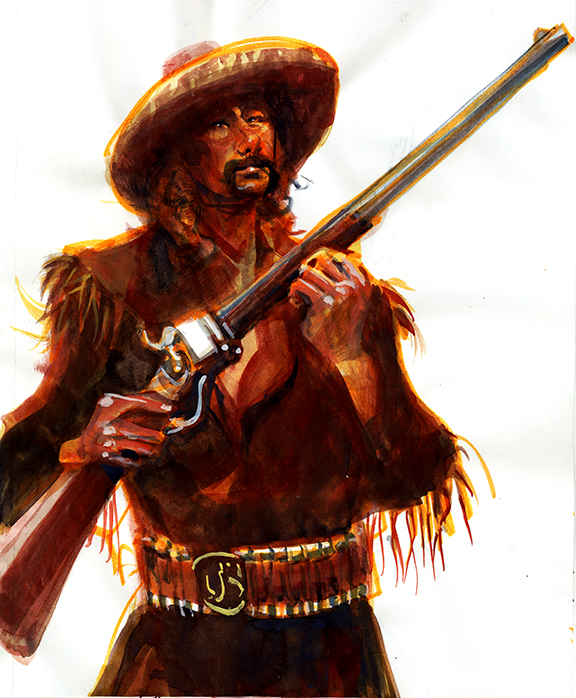 Daily Whip Out:
"Billy Dixon's Legendary Scratch Shot"
Just got off the phone with Bill Goodykoontz at the Arizona Republic. He interviewed me for a piece he's doing this weekend on AZCentral. Bill spent some quality time in Kingman thirty years ago and so he wanted to talk to me about how that affected my life. Short answer: Hugely. We laughed and kabitzed about a number of shared memories both in Mohave County and in the Phoenix media landscape. At the end of our talk he called me "a character," adding that there are fewer and fewer of us around. And by character, I think he means someone who is an eccentric, a card, or nut, and/or a first-class-goofball. It's funny, because I have always aspired to that. I was designated as THE Class Clown at Mohave County Union High School in 1965, for god's sake. As proof, here's the back cover of my 1986 book, "Even Lower Blows": 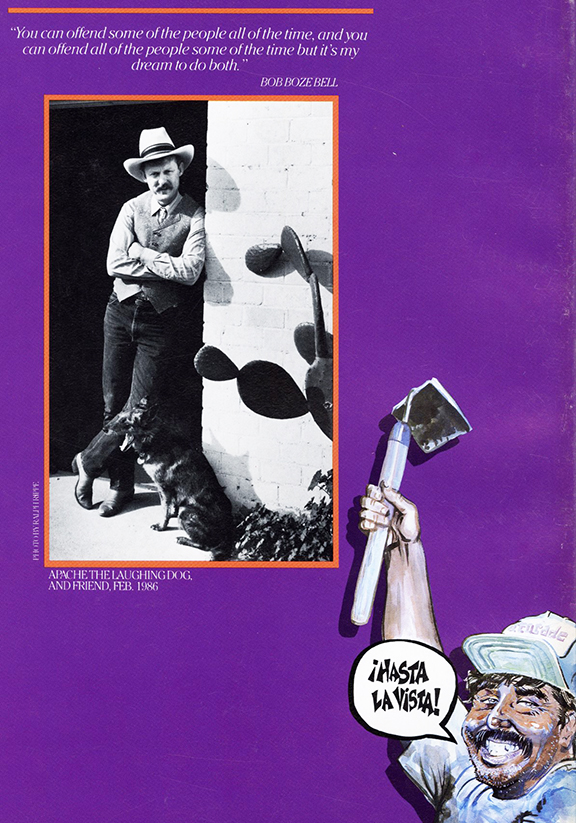