I just caught "Open Marriage" on Prime Video and I have to say, it's no "Open Range."

My father died when he was 78, my mother passed at 84, but her second husband, Lou Cady, is still going strong and coming up on 101. He is a tough old bird. He called me today to tell me he fell at Thanksgiving and no one found him for three days and he somehow lived through that and now he's holding on to vote in the fall to remove Joe Biden as president which might be a tad hard to do, but I didn't have the heart to tell him that election won't be until 2024. He also had an opinion on Elon Musk and I won't bore you with it, but I hope I have an opinion on something assuming I get that far. As the old vaqueros always say, something to do, someone to love, something to hope for.

Speaking of final words, let's talk about the word coda. No, not the title of the Academy Award winning movie for best picture—CODA—which is actually an acronym for Children Of Deaf Adults, but, the meaning of the root word of the title of the movie, which is: "coda," the concluding section of a dance, especially of a pas de deux or the finale of a ballet in which the dancers parade before the audience. It also means a concluding event, remark, or section, as in, "his new novel is a kind of coda to his previous books." So, it's the final word, or the summing up of all that came before. You know, like this:

According to lawman Heck Thomas an outlaw named Tom King was killed during a holdup in a border town near Tombstone in the year 1902. Upon burial he turned out to be a she. Further investigation revealed the robber's real name was Flora Quick, alias Flora Mundis and Chinese Dot. According to Heck, Flora had an unhappy marriage back east and fled westward, donned men's attire and started her own gang around Clifton, Arizona. On Tom King's reward circular it read: figure is "faultless" but the outlaw is "badly tanned." 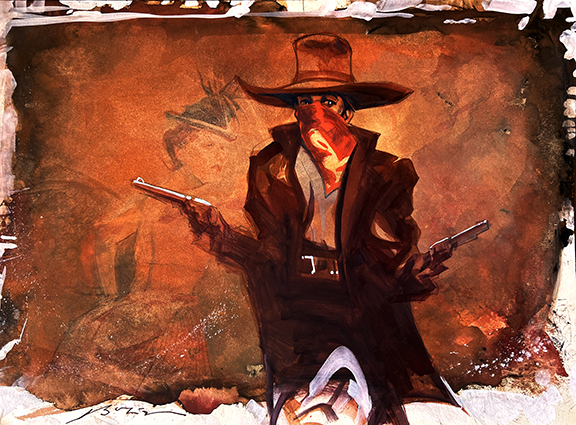 A Better Understanding of Olive Oatman

There is new and compelling evidence in the Olive Oatman mystery. She confessed to Musk Mellon that the Mojaves saved her life. Did she leave in order to save them? We will have a full report in the forthcoming book The Real Women of The Wild West, out this December. 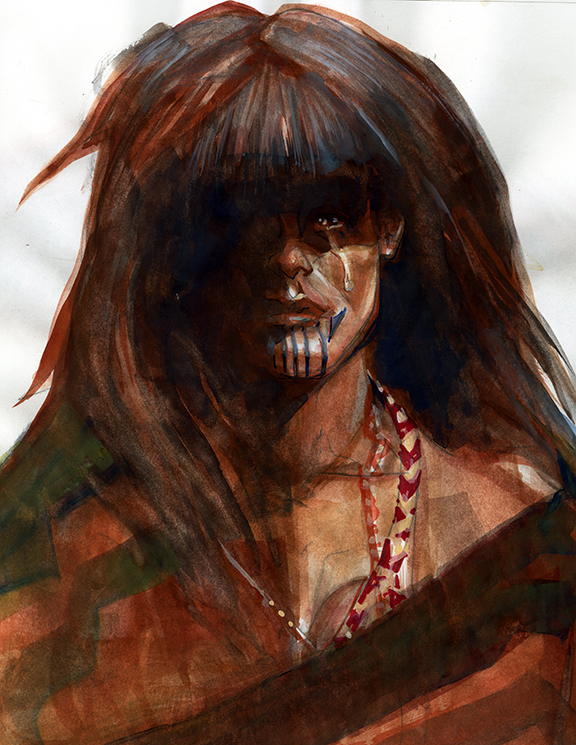 Daily Whip Out: "Shed A Tear for Olive Too" 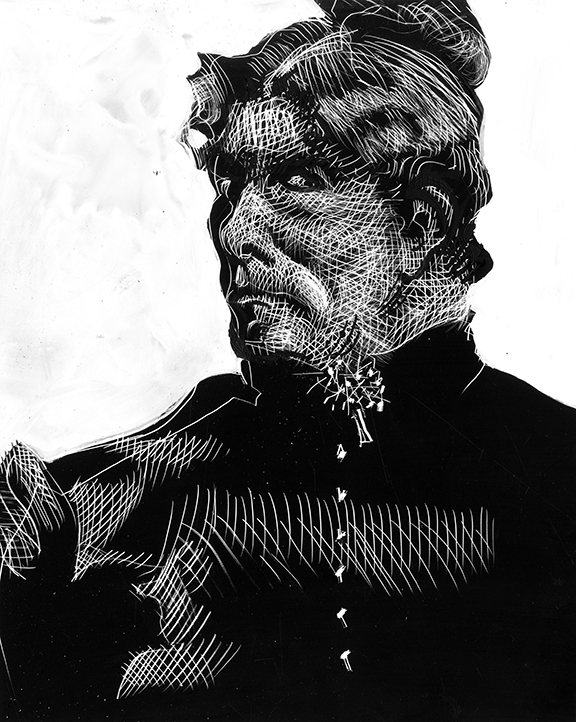 Born in Massachusetts in 1828, Mary Chase Walker began teaching when she was 15, earning $4 a month, including room and board. She received a public school teaching certificate from the State Normal School in Framingham, Massachusetts, but when the Civil War broke out, teachers' salaries were cut in half so she made the brave decision to to go out West where her prospects might be better. She paid $375 for tickets on steamers that worked their way down the Atlantic coast to Panama, then by rail across the Isthmus, and on to California via another steamer. It was on the four week voyage, she and the other passengers learned of Lincoln's assasination. She landed in San Diego at the Colorado House, which burned down in 1872 and was about to reopen, completely reconstructed. “The first night at the hotel, a donkey came under my window and saluted me with an unearthly bray,” Mary wrote. “I wondered if some wild animal had escaped from a menagerie and was prowling around Old Town.” Fleas and mosquitoes tormented her, and the hotel's human denizens also clearly startled the newcomer. “I sat at table alone (being the only woman in the house) an Indian man did the cooking and an Irish boy waited on me at table, & also gave me the news of the town. A man had been shot the previous day.... The landlord an Irish gentleman kindly told me that I could go into the kitchen & cook whatever I wished, if I did not like the Indian's style of cooking. I availed myself of the privilege and while there made some interesting discoveries. The cook was sitting on a bench, in front of an open sack of flour. He was vigorously scratching his head. This brought unpleasant suggestions to my mind, as also did his stirring of food while cooking on the stove, with his long hair dangling over it.” As she settled into her job, she turned her attention to making a better home for herself. “I tried to find board in a private family [home] as the accommodations were so poor at tile hotel, but without success. No one would take ‘La Maestra’ as a boarder." She had been in San Diego for about a week, when a widow named Sarah Robinson finally offered to rent her “two unoccupied rooms in the second story of her house on the plaza.” (A replica of this building dominates the west side of the plaza today and serves as the present-day park headquarters.) Mary was to pay $2 a month for the two rooms, each about 10 by 12 feet, with two large glass doors opening onto a pleasant veranda. When Mary went to furnish the quarters, she discovered that Old Town then had neither a furniture nor a stove shop, but “the people were kind. One lent me a lounge, another a rocking chair. The bed came with the room. An old stove that smoked badly was procured somewhere. Thus I commenced housekeeping.”

Mary Chase Walker helped found a ladies' annex to the chamber of commerce and she served as one of the founding trustees of the Unitarian Society of San Diego and she raised $500 to plant ten acres of trees along the west side of Balboa Park. By the 1890s she was an active suffragette, but her heath began to fail and she passed in February of 1899. Her story is told daily at the museum in the Old Town San Diego Museum.

“And now as I come to the end of this book in which I have recorded so many considerable achievements of the Americans, if I am asked how we should account for the unusual prosperity and growing strength of this nation, I would reply that they must be attributed to the superiority of their women.”