Sixguns & Sex, Knuckleheads & Skeletons: A Look Back at True West Covers That Bombed

Early on, we ran a cover story on "Mattie Silks: Topless Gunfighter" and it tanked on the newsstand. It was totally my idea and I painted the cover. I couldn't understand it, because, well, Sex sells, right? 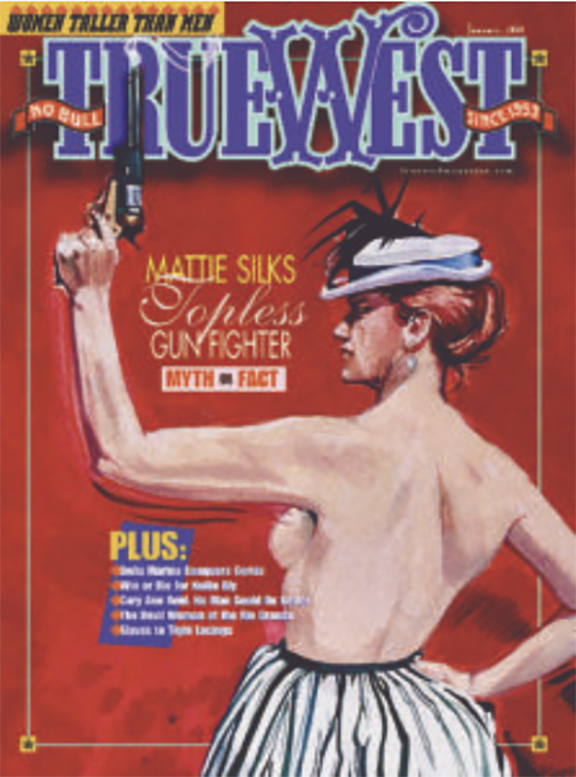 A couple years later, we ran a cover story with Jane Russell on the cover looking all-1950s-sexy and it also tanked! Okay, so it just wasn't my artwork that was repelling readers here. So what is it? 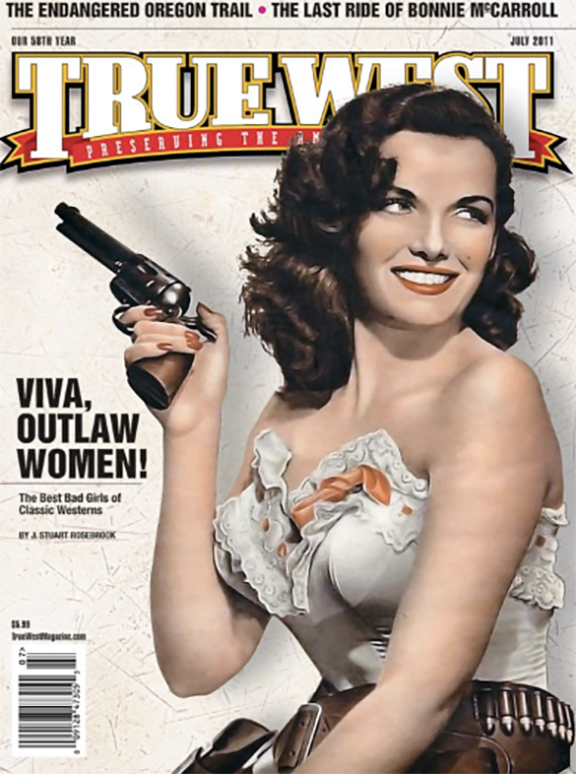 Didn't Work for Us

I was stymied until a couple from Montana came in our store in Cave Creek and I asked the guy with the Carhartt jacket and the cowboy hat, "Hey, look at this cover on the wall here and tell me what you think of it. Would you buy it?" He took a gander, scrunched his nose up as if he had smelled a fresh cow pie in his bedroll, and with his hands jammed in his pockets, he gestured at the offending cover with his chin and said with a drawl: "Maht as well put a red laight on it."

So, apparently there is a Puritan streak running through the Cowboy Zone that is larger than I thought.

Here's another newsstand bomb. We have never lost money on a Tombstone cover until we ran this one. 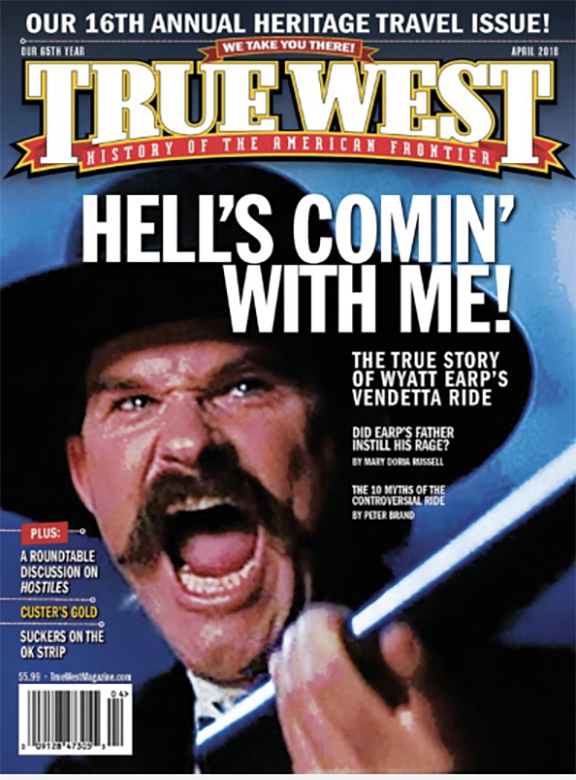 Damned if I know!

Is it the word "Hell"? Is it too gruesome? Whatever, it was not successfull.

Way back in the beginning of our regime, our editor at the time, Marcus Huff, lobbied hard for a Halloween cover, and so we came up with this monstrosity. 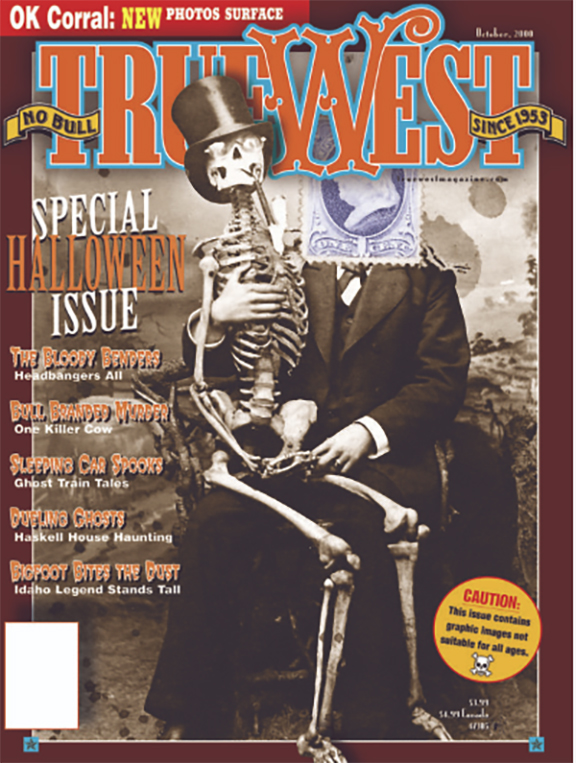 It was an actual Old West photograph of a skeleton with a stamp over the head of a guy who was holding it and apparently too embarrassed to be identified. After it ran I was a little embarrassed for thinking it was a good idea. We thought this would make a macabre cover that people would clammer for. I am here to tell you that is not true. 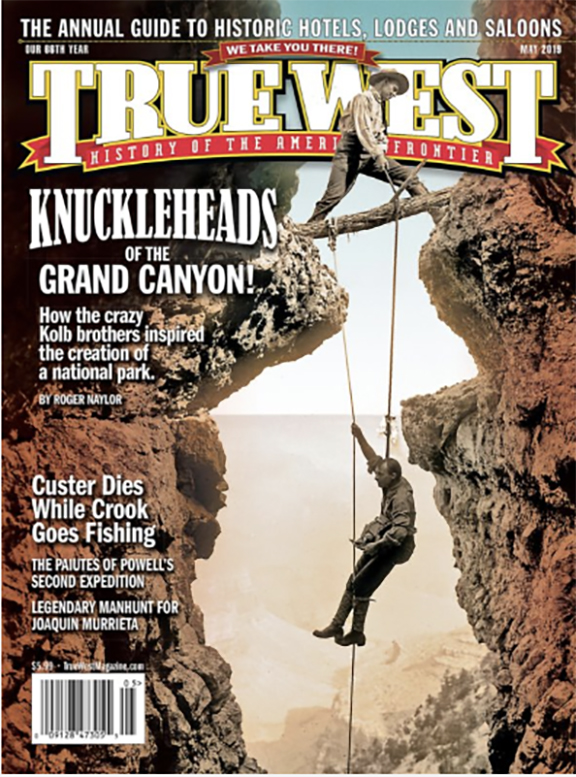 A Bonified Knucklehead Cover
I loved this cover and the headline: "Knuckleheads" about the legendary Kolb brothers of the Grand Canyon. The inside article was written by Roger Naylor from his book on the Kolbs and I had high hopes for it, but it sank like a stone. Some say the images were too small to be seen on the newsstand (The Six Feet Rule: if you step back six feet and can't make out the images, don't run it). To this day, when I am pitching a cover I want to do that is edgy or a bit of a reach, someone on my staff will invariably say, "Oh, you mean a Knucklehead cover?"

"Make no mistake, no one can achieve excellence as a writer without being something of a philosopher and holding strong convictions."