The Dirty Little Coward Finally Gets His Due

This week I got a chance to catch up with the brilliant writer who created the book that launched the movie that many of us consider the best Jesse James movie and—some of us maintain—the Best Western, ever. I told Ron Hansen we were going to feature the new Jesse James scholarship in True West and how it's changing the legend and the myth. Here are selected comments he made to me about the making of the movie, "The Assassination of Jesse James by The Coward Robert Ford": 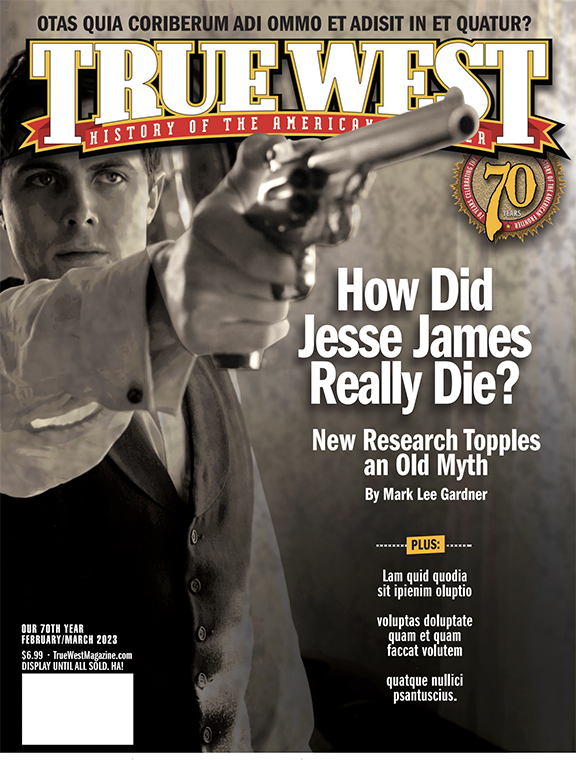 Dan The Man's Clever First Take On A Cover
"I'm told that when Brad Pitt decided to do my Jesse, at Angelina Jolie's urging—she's claimed it's his finest acting performance—Brad knew the first thing Warner Bros. would change was its title, so he had it written into his contract that my title would stay.  And I also wanted it to reflect the cowardice that the media assigned to Bob Ford ever since 1882.  Some reviewers were troubled by my use of the term "assassination" since they thought it only applied to the killings of political figures, but readers of True West are aware that any shocking murderer was called an assassin back then. I liked the 19th century idea of incorporating all the major incidents of a book into its title, such as the now-cropped front-page title to Pat Garrett's The Authentic Life of Billy the Kid, with its full, newspaper-like description for the uninformed of who Garrett and Billy were.
"I've heard that cinematographer Roger Deakins loved a four-hour cut of the film, yet Andrew [Dominick, the director] denies such a cut ever existed.  But I would not be surprised if Andrew's original preview was far longer, because I saw a lot of fascinating scenes in the dailies that finally didn't get incorporated.  I also saw a cut that was 2:15, but too many intricacies were lost.
The film is intentionally slower than we're used to, both to increase suspense and, as director Ang Lee noted in defense of the pacing, to more fully represent an ambling, no-hurry sense of time in the 19th century.
"My information on the financials is not even as lofty as secondhand, but I've heard that it cost $30 million to film even though Brad took far less than his going rate for his role in it.  Warner Bros. seems to have made the decision not to push it, so it generally only lasted in a theater for a week before the copy was hustled off to another venue.  The film did far better in England and elsewhere internationally, and it's frequently available on streaming channels, so I suspect it's earning back the cost to film it, even if it hasn't been a big score for the studio.  Robert Altman's McCabe & Mrs. Miller fell flat in 1971 despite having Warren Beatty and Julie Christie in the leads, but a decade later Altman said he was shocked to find out his film was considered a classic, an opinion shared by both Andrew Dominik [the director] and myself.
"I was in a bookstore where employees were carrying boxes of the film's DVDs and one stocker asked another what the movie was like, and his pal disdainfully and ironically said, 'It's like reading a book.'  All the voice-over narration and, with just a few exceptions, the dialogue are indeed from my novel.  The poetry in it is what attracted Andrew to the project, and probably Brad and Casey Affleck, whose stunning performance as Bob Ford made him a finalist for the Academy Award."
—Ron Hansen 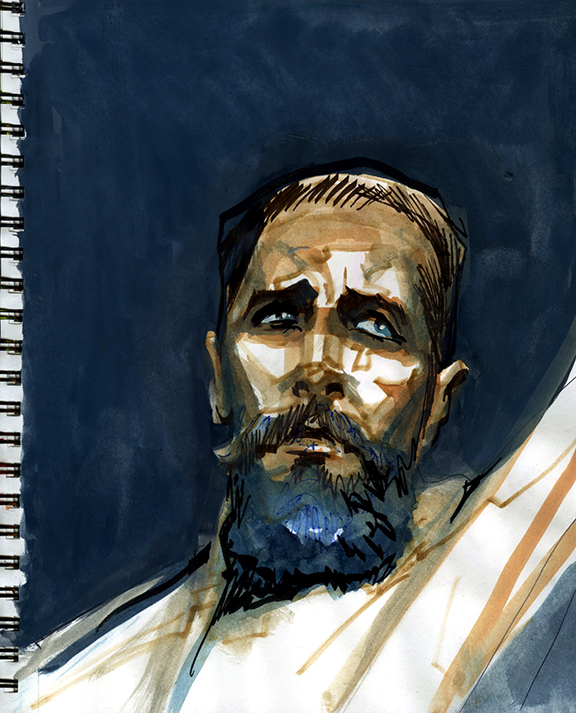 Daily Whip Out: "Jesse James The Martyr"
Did Jesse James embrace his death? Was it, in fact a suicide? You'll have to wait for the next issue of True West magazine to come out to read Hansen's compelling answer. 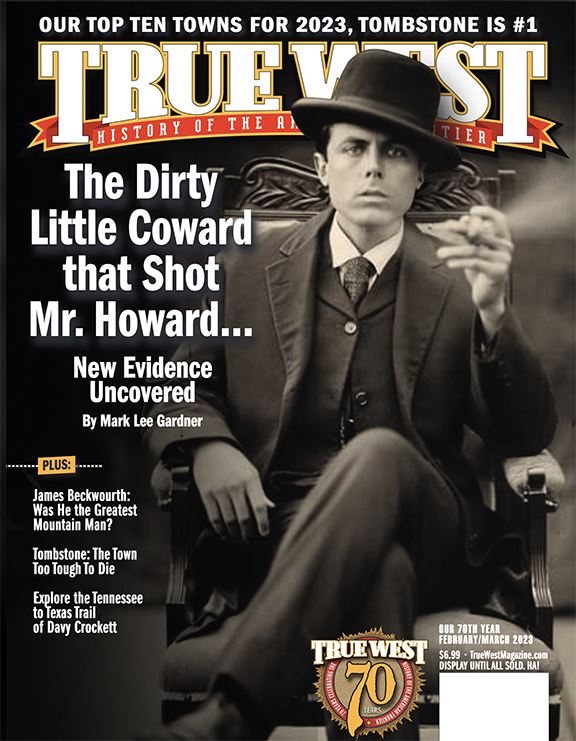 "I remember telling Ron once that I considered The Assassination of Jesse James, as by far the best Jesse James movie ever made. He replied that he thought of it not as a Jesse James movie but as a Bob Ford movie."
—Mark Lee Gardner, author of "Shot All to Hell"
Posted by Bob Boze Bell at 9:30 AM