The Truth Is Not Facts Lined Up: Just Ask Jesse James

If you are a fan of facts, like I am, this is a bit of a rude awakening.

The Truth Is Not Facts Lined Up

Oh, really? Well, for the past three decades I have been doing timeline books where I tell precisely what happened on each significant date in, say, the life of Billy the Kid, Wyatt Earp, or Geronimo, and then I line those factoids up by date and year, and I labored under the pretense I was somehow bypassing the fat (i.e. flamboyant storytelling) and getting to the heat of the meat, which is a fancy way of saying, the Truth, with a capital T.

Turns out, not so much, right El Jefe? 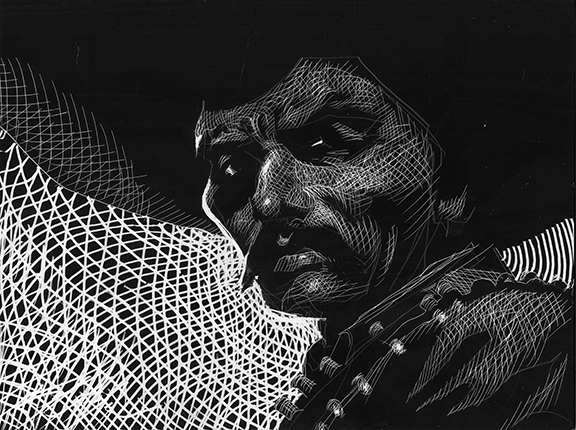 "Be wary of half-truths.

You may get the wrong half."

Will The Truth Set Jesse Free?

I have been trying to capture Jesse James' visage at the time of his death and I have noticed that his hair and especially his facial hair seemed to be lighter in earlier photos and much darker at the time of this death.

His friends claimed he had light brown hair and a reddish tint to his chin whiskers. But in death, well, check out one of his posthumous photos: Dark & Deadly Handsome
And here's why:

Mark Lee Gardner is writing a cover story for us in the next issue of True West magazine about the strange and mysterious last days of Jesse James. Mark sent me this newspaper clipping which he thought I would enjoy: 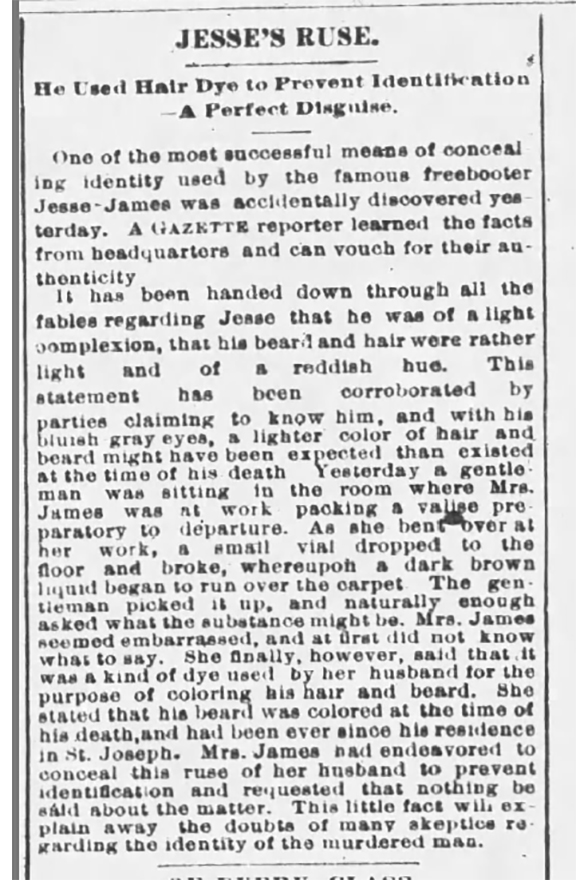 Mark is correct. I thoroughly enjoyed this little snippet of the "truth."

So far, I've done a couple dozen sketches trying to capture Jesse's dark visage at the time of his death. 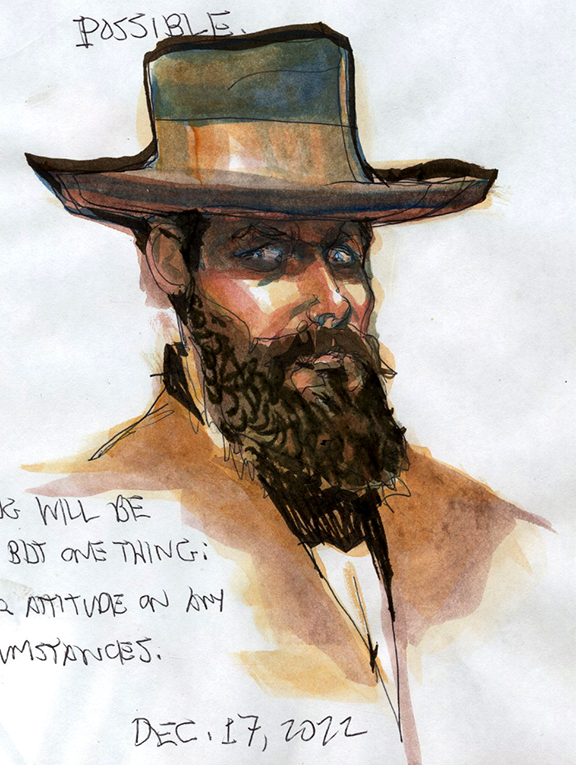 "Only His Hairdresser Knows For Sure"

Meanwhile, here's a truth about my tribe.

My Kind of Press Club

In my crazy and ridiculously long career in print media (61 years if you count my work on the Kingman Junior High School Desert Rat),  I have worked with some bonafied, humorless buttheads, but in every single position and job I have had, there were always a few wise acres who made it all tolerable and worthwhile. Apparently, this tradition goes back before my time. Got this fine example— also from Mark Lee Gardner—this morning:

"At the next meeting of the St. Joseph Press Club, we suggest the following resolution for consideration: Resolved, That in the death of the Hon. Jesse James, his family has lost a kind and indulgent husband and father; the City of St. Joseph one of her best and most honored citizens; and the rest of the country a 'holy terror.'"

Oh, and here's the final word on what "truth" is and is not:

"Writers of portraiture must realize that facts are neutral. The weakest possible excuse to include anything in a story is: 'But it actually happened.' Everything happens; everything imaginable happens. Indeed, the unimaginable happens. But story is not life in actuality. Mere occurrence brings us nowhere near the truth. What happens is fact, not truth. Truth is what we think about what happens."