Back to cleaning out the garage and finding all sorts of stuff:

Found this image this morning:

 Mickey Campa Standing On Bull, with caption, "I don't stand for no bull."

Mickey, of course, beat up so many guys in high school at Cerbat Park, at lunchtime, that we have all lost count. He was the MCUHS Pugilist.

I have used many models over the years, usually people I know. This reference photo is for a New Times doubletruck I did on Phoenix hairdressers.


Gail Peterson, married at the time to Ed Mell

And then there is the irrepressible "Minnesota Mike":

Back in the nineties a few of my history minded friends called ourselves The Renegades and we annually made treks to Old West sites. One year (1998?) we landed in Coffeyville, Kansas to witness first hand where the Daltons met their Waterloo:


Bob McCubbin at the mouth of Death Alley in Coffeyville, Kansas

Over the Fourth of July weekend in 1980, I was invited to attend Comic Con in New York City as a guest of the promoter, Phil Seuling. His hipster daughter, Gwen Seuling—she had a skin head do, the first I had ever seen—took me to Danceteria, a niteclub where the Rolling Stones had just premiered their latest album), and where I saw TV videos of rock songs two years before the launch of MTV.


Ms. Gwen Seuling in front of Madison Square Garden on July 4, 1980. I believe she went on to run the Comic Con show after her father's passing. One thing was for sure, she was way ahead of a whole lot of people.

Closer to home, here is a prophetic scene:

Meanwhile, I uncovered a large batch of cartoons I did for the Phoenix New Times in the nineties (my second hitch, after I landed on KSLX radio).

The overhwelming reaction I have at re-reading these is, "What the hell was I thinking? These are not funny at all!" Was it being on the radio that stunted my zane brain? Was I trying too hard? Not sure, but it is unnerving, to say the least.

I saw a comedian at the Mack Sennett Studios in LA on Sunday night. 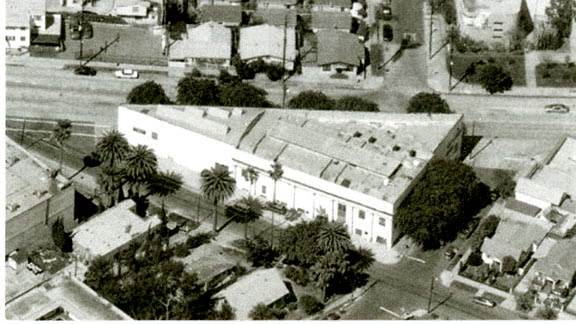 He had all these bells and whistles he created on his Mac computer and projected behind him in a quasi-Al Gore-"Inconvenient Truth"-kind-of-way and it was clever but the dude wasn't all that funny and the bits fell flat. I quipped to a friend, "He's got the props, but he ain't got the chops." That is, unfortunately, exactly how I feel reading these old strips.


"The significance of a man is not in what he attains but in what he longs to attain."
—Kahlil Gibran
Posted by Bob Boze Bell at 12:20 PM