October 21, 2015
Woke up this morning thinking about Billy and the Regulators after the Big Killing when they split up and went their separate ways, with the Kid heading for Tascosa, Texas. 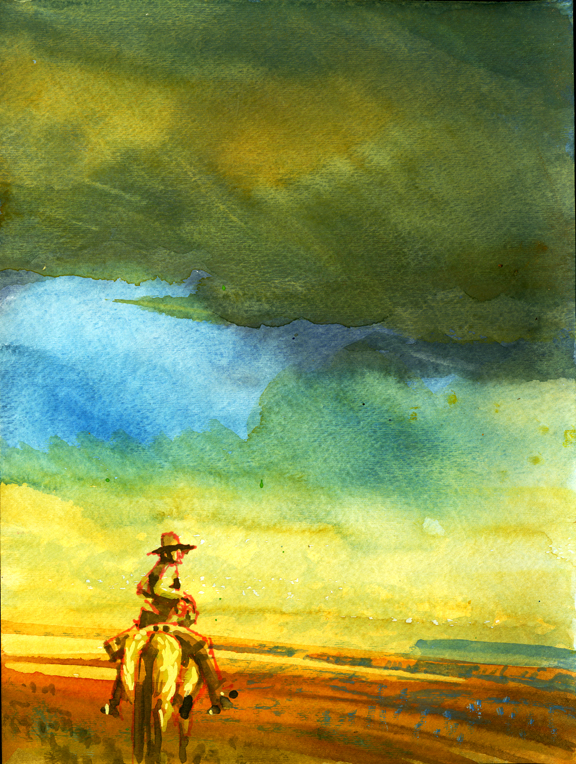 Daily Whip Out: "Billy Looks Back" or "Leaving All That Behind."

I'm doing a Classic Gunfight that happened in Tascosa, Texas in 1883, so that weighed into my whip out. Dug out Fred Nolan's excellent book, "Tascosa: It's Life and Guady Times."

"People love to admit they have bad handwriting or that they can't do math. And they will readily admit to being awkward: 'I'm such a klutz!' But they will never admit to having a poor sense of humor or being a bad driver."
—George Carlin
Posted by Bob Boze Bell at 12:10 PM