October 15, 2015
I've been chasing The Redheaded Madman for two months now and, so far, here are the takeaways for me: 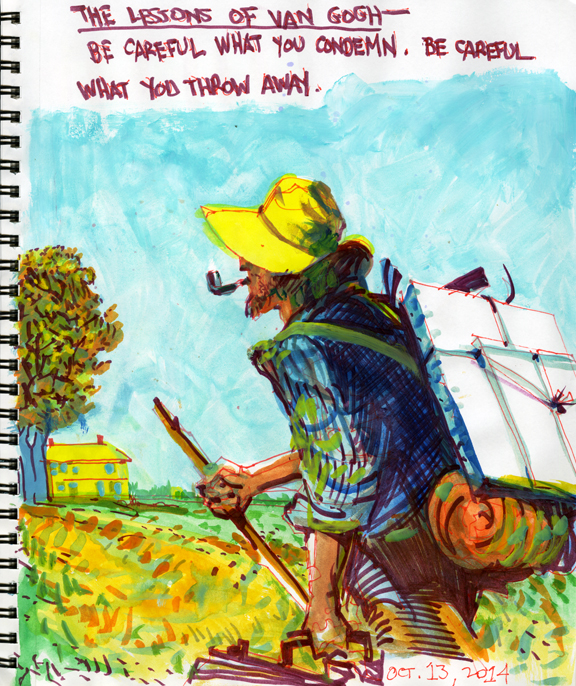 In the 1880s virtually all the known world hated Vincent van Gogh's artwork. His own mother called his art "ridiculous" (even after he started to become famous) and he sold only one painting while he lived. Today, of course, his paintings are valued in the hundreds of millions of dollars and he is considered one of the father's of modern art. The VG lesson: Be careful what you condemn.

Two different women remembered van Gogh coming to their house when they were kids and drawing pictures of their families and then leaving the drawings as gifts. In both cases the kids got up the next day and used the paper as kindling for a fire in the fireplace. Those were very expensive fires. The VG lesson: Be careful what you burn (includes bridges). 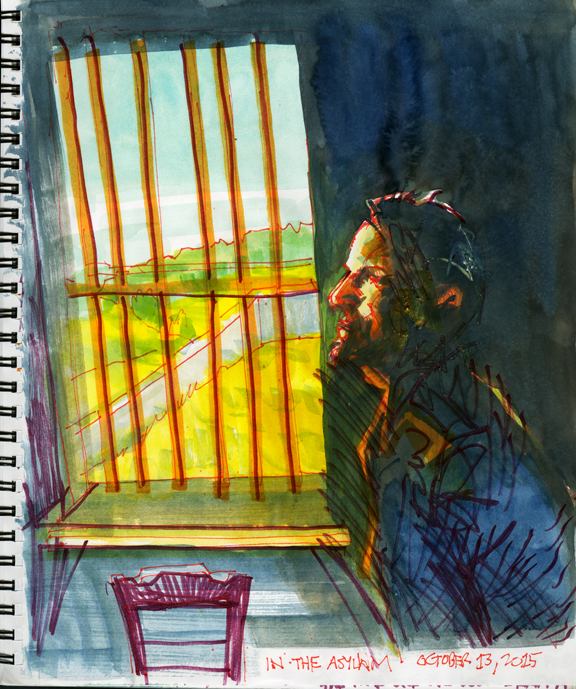 Daily Whip Out: "Van Gogh In The Asylum"

After his second meltdown in the Yellow House at Arles, Vincent was placed in an insane asylum south of nearby San Remy. He was kept in a room with bars on the windows and he had several relapses and "attacks" while he was there but he continued to paint, although he was assigned a "handler" to watch him at all times (Vincent at times ate his paints during attacks and was a danger to himself). One can imagine what the handler thought of the strange scenes Vincent painted (short answer: not much). And yet, today, thousands of people a year make the trek to the asylum at San Paul to see where Vincent painted some of his most famous paintings. VG  Life Lesson: If a nut house is revered today as a holy site, don't worry about your current habitat in the world. 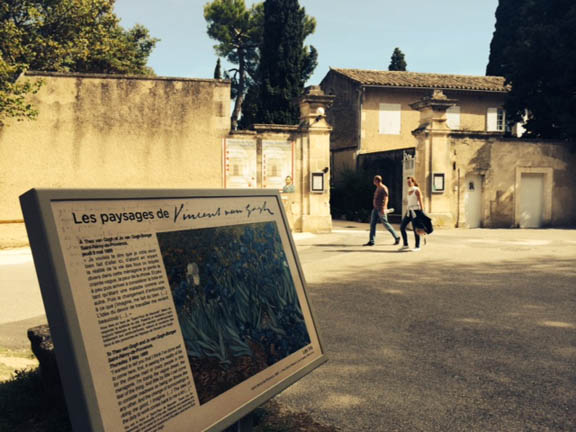 The entrance to the insane asylum near San Remy, France that is today a mecca for art lovers. 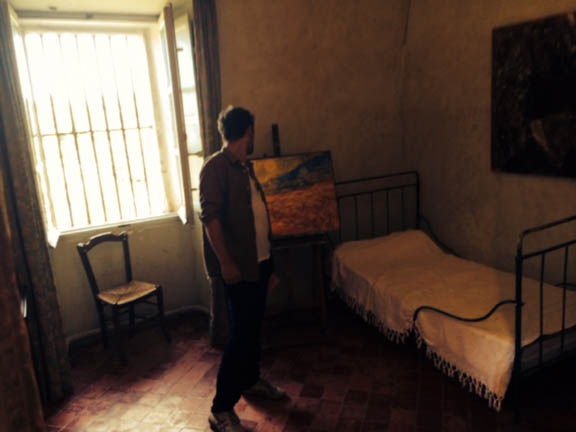 Van Gogh's room at the asylum. Note bars on windows.

"There are some things one can only achieve by a deliberate leap in the opposite direction. One has to go abroad to find the home one has lost."
—Franz Kafka