The Passing of A True Friend 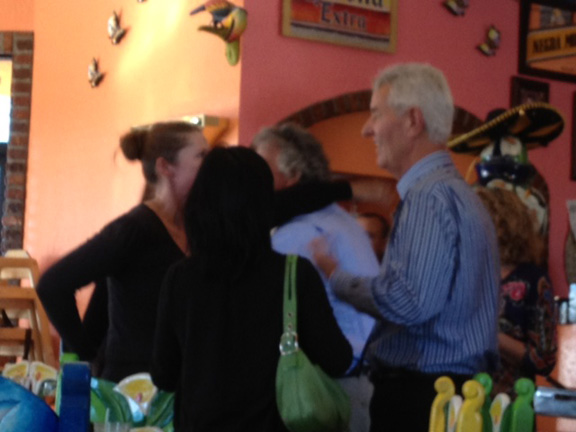 The last photo I took of Charles Richard Waters.

This was taken at a Mexican food restaurant in Kingman, where we all met after the funeral for his brother-in-law, Joe Lopez. We made big plans that day to get together in Henderson in the coming months, but it never happened. The book project, "The 66 Kid" happened (which Charlie edited) and then he got too sick from the chemo and then, before I knew it, he was gone.

When we were in France two weeks ago, we (the Harshbergers and Kathy) toasted him on several ocassions. Thought of him more than once, as we walked by the spot near the Notre Dame where Charlie and I posed with berets on to send to Steve Burford, who was enamored of the "The Seine," a Hootenany song the Burf insisted on singing in our rock band, The Exits. 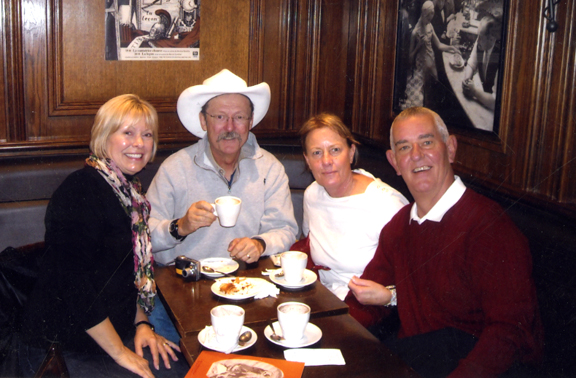 Linda, BBB, Kathy and Charles in Paris, 2010 at our favorite basement cafe when I had to abridge his infamous nickname "No Way Charlie" to "Charles Way," because he not only showed up in France but said yes to almost everything we wanted to do.

Here's the six of us at Morro Bay, California after Deena's wedding. 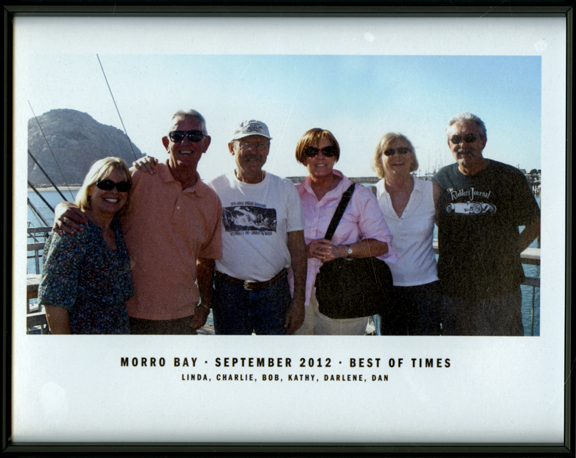 He was one of the best things to ever come out of Kingman, Arizona. Miss the boy.

"A true friend is someone who knows all your faults and likes you anyway."
—Old Vaquero Saying