The Scene of The Crime 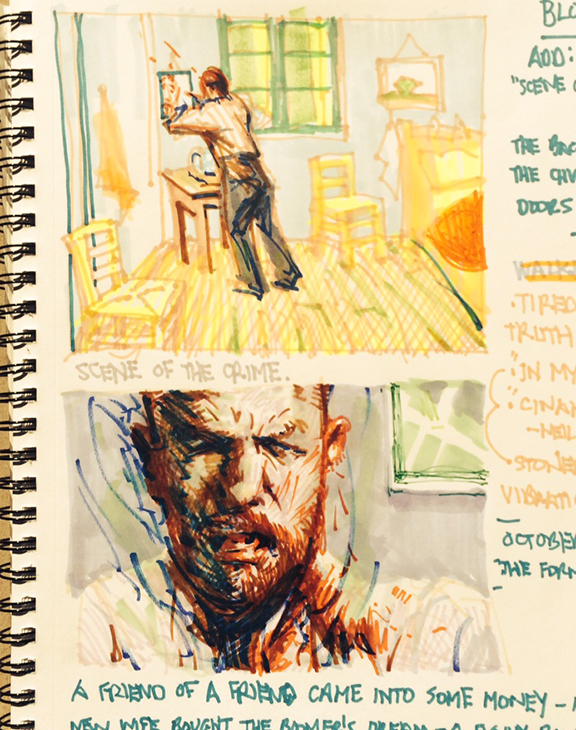 Daily Whip Out: "Cutting Off His Ear"

It's interesting to me that van Gogh actually painted the scene of the crime less than two months before the deed was done. This is the actual spot where Vincent cut off his ear: 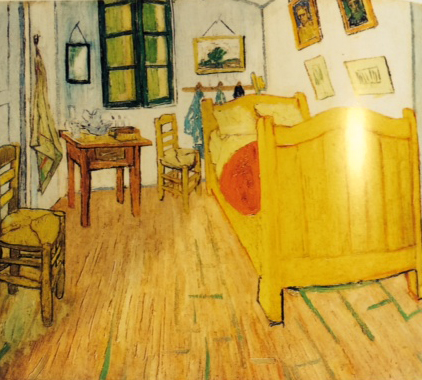 "The Bedroom," Scene of the crime: note the washstand and mirror
on the left side of this painting of van Gogh's bedroom in the Yellow House.
Some see the razor on the wash stand, but I do not. 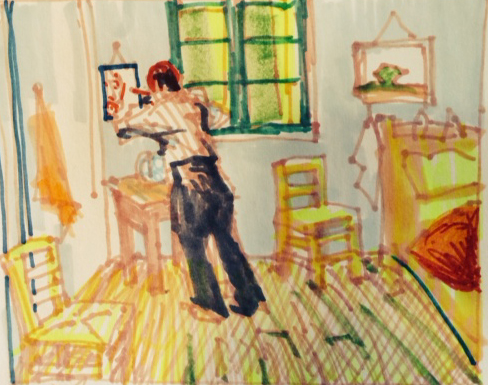 Daily Whip Out: "The Slice Heard 'Round The World"

In fact, Vincent also painted the spot where he confronted Paul Gauguin before the cut: 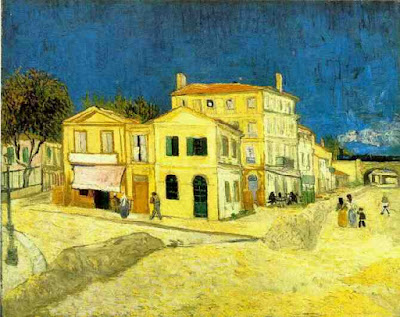 Crime Scene, Exhibit B: Vincent confronted Gauguin
at the lower left of this painting, as the latter walked towards
the gates to the brothel neighborhood of Arles.


"Vincent is working himself to death."
—Paul Gauguin in a letter to his wife, prior to the events of December 23, 1888
Posted by Bob Boze Bell at 3:09 PM