October 14, 2015
Drove across the London Bridge this morning. Last time I was here was in 1978 when the Razz Band performed on the beach for the Sigma Pis. One drunk Pi kept requesting "Out of Time" by The Stones and Hans Olson must have sang it 10 times. 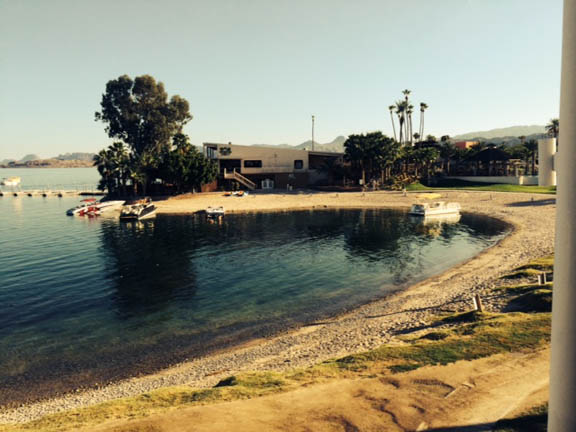 
When I opened the blinds in my room at the Nautical Inn and saw this cove, all the lyrics came flooding back. "You don't know what's goin' on, you been away for far too long. . ."

Sent the photo to Dan Harshberger, the Sigma Pi, who got us the gig, and he says, "I remember it well. I'm thinking it had to be 'Buck' that requested it. He liked that song and 'Hey, Joe' was another fave of his." 
You don't know what's going on
You've been away for far too long
You can't come back and think you are still mine
You're out of touch, my baby
My poor discarded baby
I said, baby, baby, baby, you're out of time
—The Rolling Stones