October 8, 2015
To those who think Vincent van Gogh could not draw well, check out this early portrait: 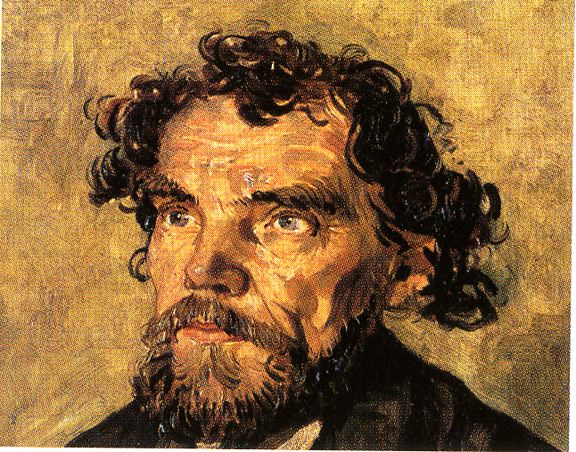 As you can see, Vincent obviously had talent. He clearly knew how to do a proper portrait. When I first saw this painting, I thought it was by Degas, that's how good it is. But van Gogh wanted more. He, and his fellow Impressionists were "repelled by the dogmatic inflexibility of the official custodians of art" and were seeking new ways to draw and paint. One of their stated goals was to "paint like a child." Gauguin actually said this. Later, Picasso said something like, "it took me a lifetime to learn to paint like a child." One of the main reasons for this was the photograph, which when you think about it, was an early form of technology usurping human effort. A bigtime disruptor. Prior to the rise of photography, the artist owned visual representations of life. But that game was rapidly being taken over by the camera, the machine. And by the 1880s all the artists were clamoring to find a new way to  paint so they could differentiate themselves from a photograph. They were literally running away from photographs!

So Vincent goes south (figuratively and literally) to find a new way to paint and by the time he stumbles back to Auvers in 1889, his portraits look like this: 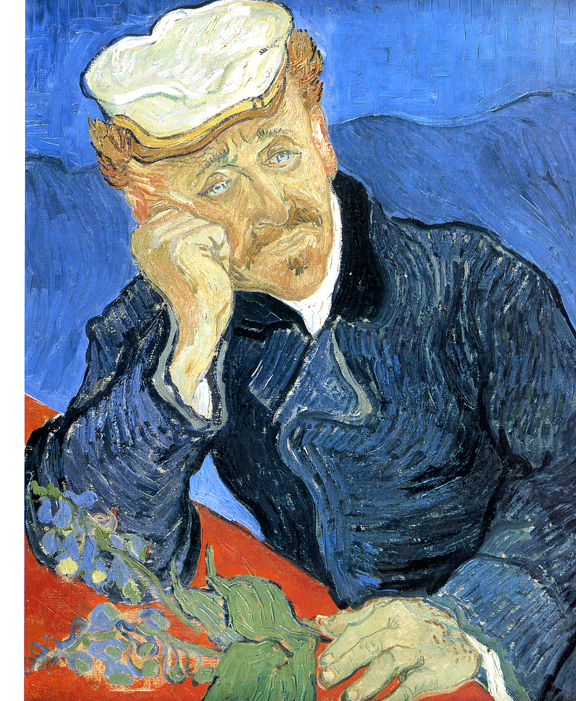 As you can clearly see, this is definitely in the zone of painting like a child. It's not one of my favorite van Gogh paintings because it goes too far into the child zone, i.e. abstraction, but who am I to judge? This painting recently sold to a private collector (who didn't want his name known) for 185 million Euros (that's $200 million bucks American).

In the Twentieth Century art got even more "childish" and as more people became educated to the van Gogh story, everyone became over-sensitized (in my opinion) to images that didn't look like "art." They (we) were afraid they might be missing the next van Gogh. In the eighties, in particular, you have galleries and buyers snapping up artists who showed absolutely no skill at art (in the traditional sense) but the buyers were afraid they were going to miss the next van Gogh.

Fast forward to our trip to Montmarte two weeks ago to find the apartment at 54 Rue Lepic where Vincent lived for a time with his brother Theo. On top of the hill in Montmarte are a couple streets of cozy shops overrun by a swarm of "artists" who accost all the tourists, they encounter, demanding, really, to allow them to do a "portrait." I especially stood out with my cowboy hat and I found myself fending off dozens of them with a gruff "No thanks." But, late in the day, as the girls were shopping for shoes, this one female artist (okay, she was cute) got in under my defenses by walking up to me and saying, "Oh, look at this cowboy, I'm going to practice on him," and she started to sketch without my permission. I should have told her to go take a hike but I didn't. As she continued to draw, her fellow "artists" came up and looked over her shoulder, assuring me I was going to love what she was doing. I thought to myself, well maybe she is the next van Gogh. Who knows?

$20 later she showed me the results: 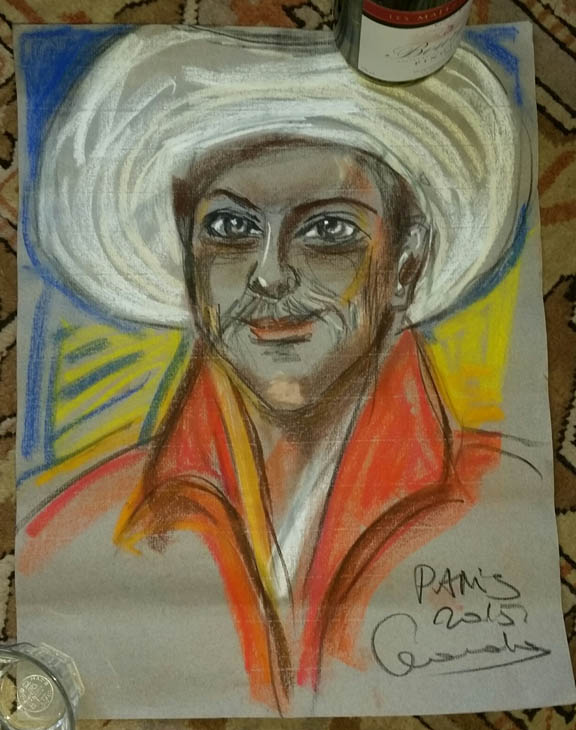 The next van Gogh?

"Art is whatever you can get away with."
—Old Masters Saying