What Did The Killer of Van Gogh Look Like?

October 5, 2015
So, what did the 16-year-old punk and Buffalo Bill wannabe, Rene Secretan, actually look like? The Louvre in Paris found a sketch, done by van Gogh, which is a crude, quick sketch of a young kid (possibly too young) with a big hat on. The authors of "Van Gogh The Life," ran it with this caption, "head of a Boy with Broad-Brimmed Hat (probably Rene Secretan)." 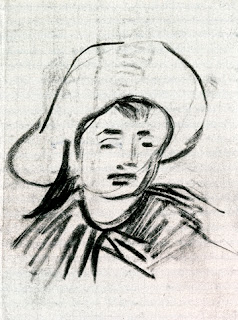 I have my doubts, but I have utilized that sketch to build on a possible likeness: 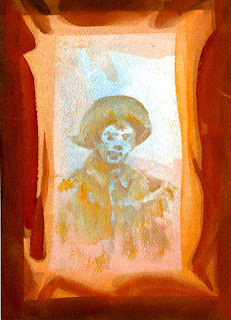 Thanks to research by Gay Mathis, here is the provenance on the pistol that surfaced: In the 1950s, a rusty revolver was discovered buried in a field just behind the Château d’Auvers, where Van Gogh is said to have shot himself. An examination suggested that it had been in the soil for 60 to 80 years. The gun was discovered close to the Chemin des Berthelées, the spot painted by Dr Gachet’s son in 1904, in a picture he entitled Auvers, the area where Vincent committed suicide. The revolver was found just beyond the low farmhouses in the centre of the painting. 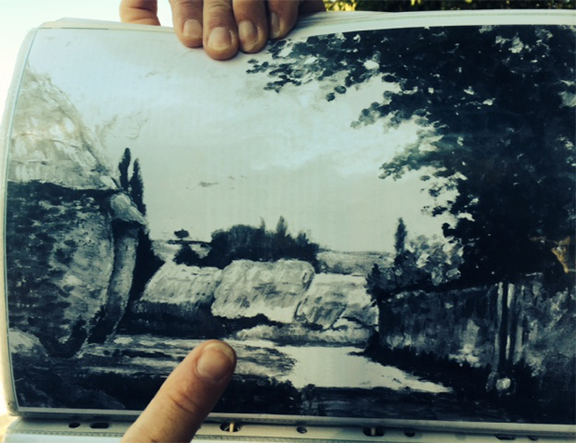 That would be this scene with the Expert from Auvers pointing at the murder site.

This actually makes some sense. That Rene buried the pistol, or hid it near the shooting site as the boys fled the scene.

Good to be back in my studio working. One of the depressing observations from the trip is the fact that you really don't see anyone reading newspapers like you used to in the old days, say 2005, or so. This realization led to this: 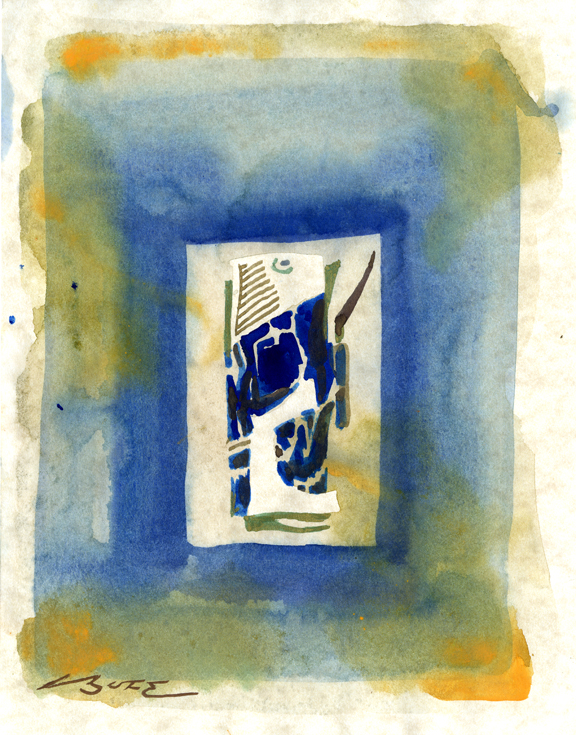 "Nothing ever goes away until it has taught us what we need to know."
—Pema Chodron