To Be Or Not to Be van Gogh

October 6, 2015
The first person I remember accusing me of painting like van Gogh was this guy: 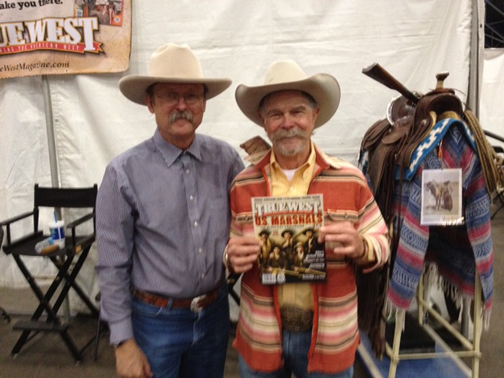 BBB with Buck Taylor at the last Festival of The West (2013).

I believe his actual comment was "you are the van Gogh of Western art." Perhaps he meant I don't draw very good, but I took it as a complement. And speaking of drawing good, I believe Vincent gets a bad rap on his draftsmanship (one critic claims part of Vincents attraction is his "amateurish" drawing skills that make him accessible to the average person). I do think he stripped everything down to the basics, and some of the paintings look a bit cartoonish, but I don't buy that he couldn't draw well. Van Gogh could do very accurate renderings when he chose to do them, but what he really wanted to do was capture emotion and the way to do that is to paint fiercely and quickly, details be damned.

I'm not trying to be like van Gogh, or paint like him, I'm trying to learn from him. How did he break new ground? How did he get past the academics of drawing and painting as it had been done for the previous 500 years?

"Do not follow me. Seek what I sought."
—Old Masters Saying

For one thing, he had tremendous passion for his subjects. Add to that a restlessness and indefatigable wonder that led to "storms of zeal" and you get an inkling of his enduring appeal (and why I like him so). His "inexplicable fierceness" transformed him into a fanatic. That, of course, had a downside. Almost everyone dismissed his art as "the work of a madman." One critic described his distorted forms and shocking colors as the "product of a sick mind."

Van Gogh also had a very strong work ethic, starting out on the road at 5 a.m. with his canvas, tubes of paint, brushes, on his back, wandering far and wide, in the wind and rain, painting all day until sunset. He did this in a fury of intent. Those who knew him said he even read the newspaper "in a fury." 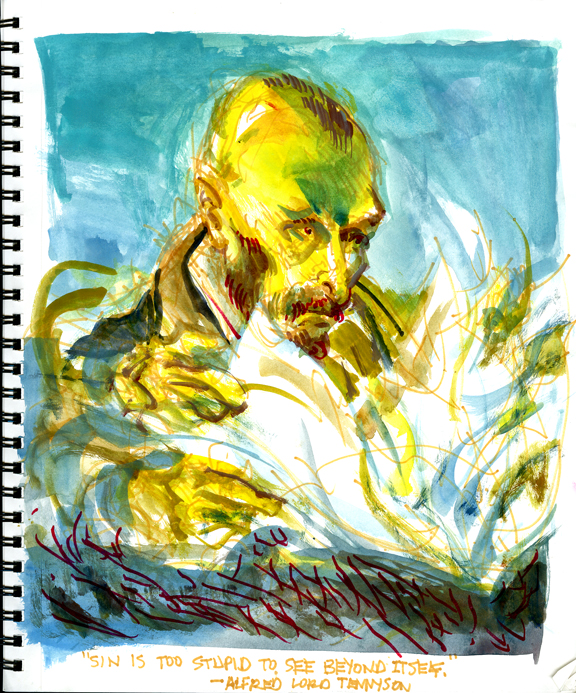 Daily Whip Out: "He Even Read The Newspaper 'In A Fury'"


He also had a deep nostalgia for the past. For that alone, I admire him and relate to his efforts more than most other painters. He thought earlier eras were better, and more pure than his own. Ditto.

On the other hand, his parents would not allow their children to read the cowboy-and-Indian stories coming out of America in the 1870s. They deemed them as "too rousing" for a proper upbringing. Given where this story is headed, that is a dark and ironic foreshadowing.

His own family described him as "obstinate," "unruly," "hard to deal with," "a queer one," "a difficult temper," and with "strange manners." Even the family maid weighed in: she criticized him as "troublesome" and "contrary," and branded him as "the least pleasant" of the Van Gogh children.

Is there any wonder why I love the guy?

"I am a fanatic!"
—Vincent van Gogh